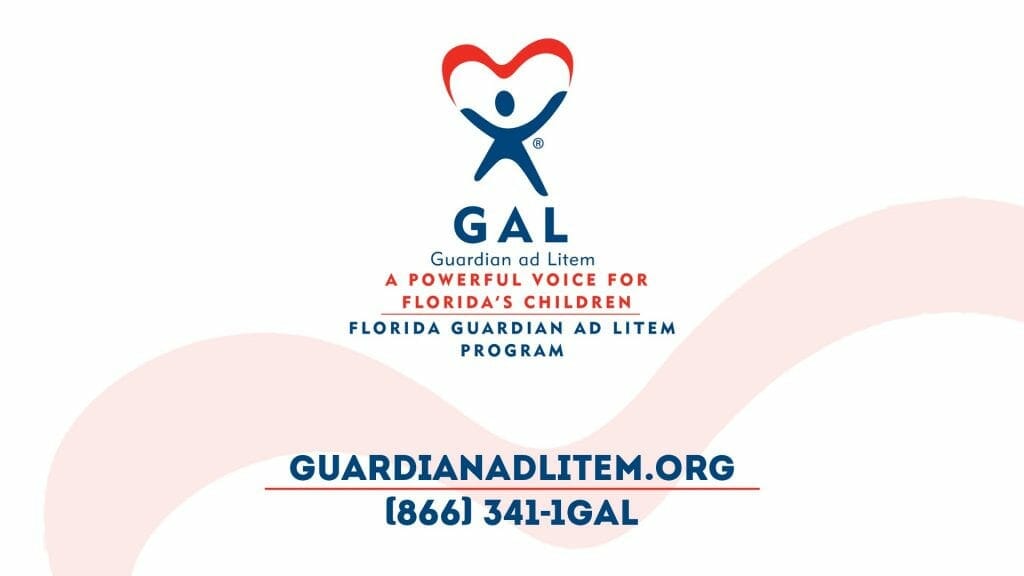 The national immigration crisis has brought to the forefront the plight of children being separated from their parents and leaving many of us feeling helpless, wishing we could make a difference.

At the same time, there is an equally urgent need right here at home, where just in Broward County, there are at any given time between 2700 to over 3000 kids that are in “out-of-home” placement — that is,  living with relatives, family friends, neighbors or in foster homes. Every one of those kids needs an impartial advocate to represent them in the system.

That’s where the Guardian ad Litem program comes in.  Just ask Hollywood resident Bev Russell, who has been making a difference for these local kids for 17 years. 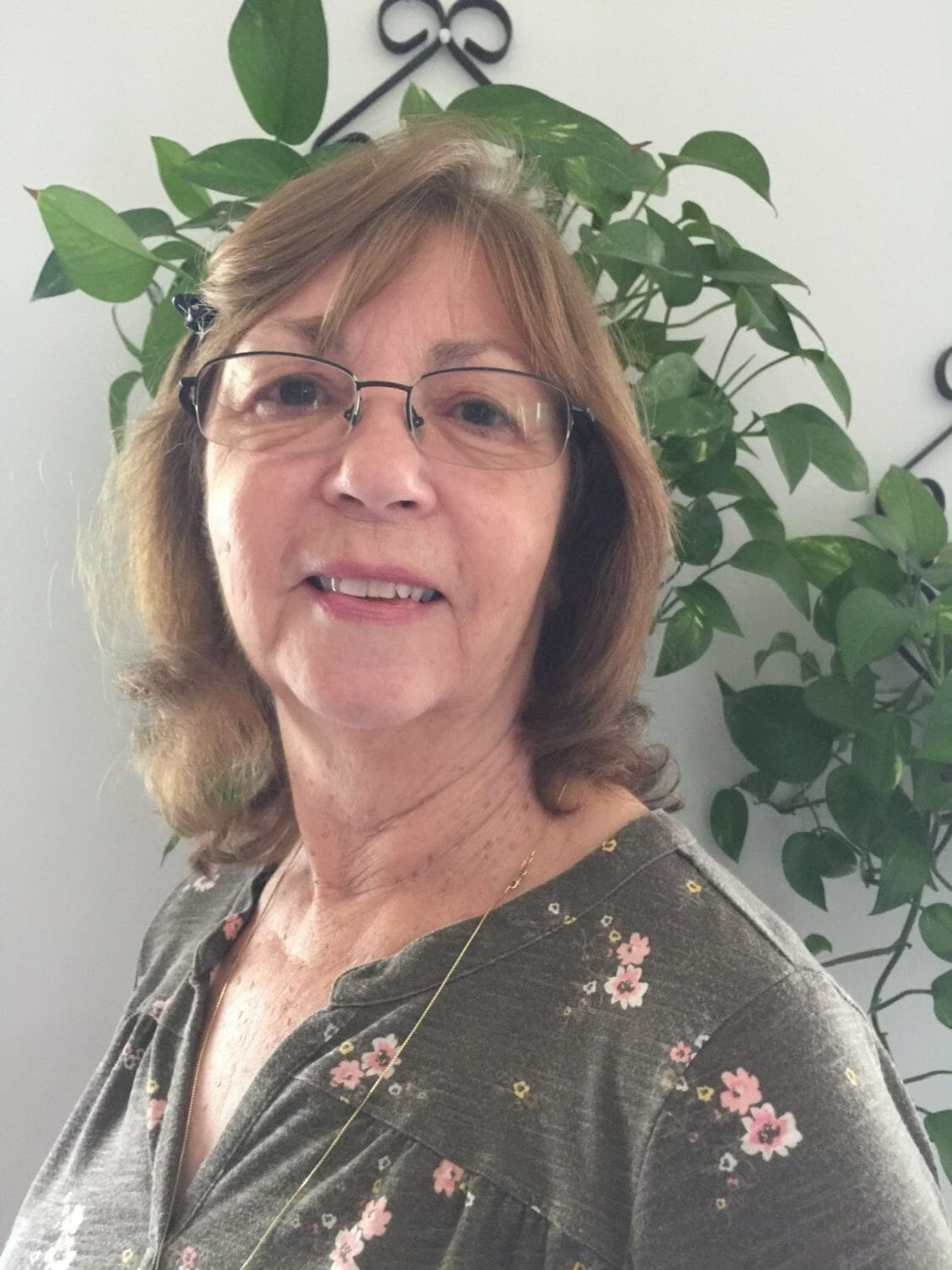 “I first worked as a volunteer Guardian ad Litem,” she explained.  “I was working in administration at the Hollywood Christian School, where my kids went, and I dealt with many foster parents, and I saw a lot of kids with ‘issues’.  I often thought it would be rewarding to be a foster parent, but I was raising my own three children at the time and working, and when I learned about the Guardian ad Litem program,  it just fit!  So I volunteered and have been with them since ‘01.”

A Guardian ad Litem (“GAL”) is a trained, court-appointed volunteer who serves as the voice for abused, neglected and abandoned children in the court.  The Guardian ad Litem Program is part of a national network of 933 community-based programs that recruit, train and support citizen-volunteers to advocate for the best interests of these children.  GALs are volunteer advocates, empowered directly by the courts to offer judges the critical information they need to ensure that each child’s rights and needs are being attended to while the children are in foster care and child welfare system.  Studies have proven that when a volunteer Guardian ad Litem serves on a child’s case, the child spends less time languishing in foster care and has a greater chance of achieving long-term stability.

“The program,” said Russell, “the way I explain to the kids, is that I am the eyes and ears of the courts.  The eyes look and see, the ears listen and hear, the mouth speaks, and that’s what I do for them, I look and make sure they’re being cared for, and getting everything they need, and then l speak to the court on their behalf and advocate for their best interests.  And most of the kids get that, even the little ones.”

How many children has Russell represented in 17 years of being a Guardian?

“Well, that’s a loaded question,” she answered modestly.  “I’ve been a volunteer since ‘01, and the actual answer is about 300.  But I went to work for the program as an employee for 6 ½ years when I was first a staff advocate for as many as 75  to 80 kids at a time, and then a supervisor, so I think I had an effect on a few.”

After her stint on staff, Russell returned to her job at the school for another few years, retired, and went back to volunteering at GAL, where she continues as an active Guardian, and mentor and trainer of new recruits.

Over the years, Russell has had, of course, both huge successes and some not-so-happy results.  She speaks proudly of a 19-year-old for whom she began advocating in 2006 and who has since aged out of the system.

“She never got adopted but she has a job and an apartment and I think she’s going to be just fine,” she smiled. “ We have lunch and we just ‘do life’. We’re still friends and we hope always will be.”

She said it was particularly fulfilling when she was able to place large sibling groups into adoptive homes where they were able to stay together, and sad when such arrangements didn’t work out.   The goal, she explained, is whenever possible, is permanency: adoption, a forever home and family.

“Both my husband and I came from broken homes and we decided early on we would do what could, to the best of our abilities,  to provide a good loving stable home for our kids,” said Russell. “We’ve been married for 49 years this year, raised three kids and now have 10 grandkids and by the grace of God we’ve been able to do what we set out to do.  But not everybody can do that. As a Guardian ad Litem, we can help fill that gap a little bit.”

The qualifications for becoming a GAL are simple.  You can be as young as 19, fill out an application, pass a background check and get started.   Once approved, there are a ton of online classes followed by in-person training.  You get to observe court, paired with an experienced guardian — you get a mentor, so you’re never on your own.

“We empower you to be the best, we don’t just throw you to the wolves,” quipped Russell.  And, she added, “You’ve got to be willing to get into people’s business a little bit. You have to be able to speak with the people providing services, the therapists, the teachers, the doctors and psychiatrists, anybody that has anything to do with the child, and ask the hard questions.  Because you’re going to need to know what’s really going on. In that respect, you have to like being a little nosy, because you need all the info in order to make good recommendations to decide what’s best for the child.”

Most important though, she says, you have to just care.

“And that’s not hard to do, once you meet your kids.”  Her face softens as she recalls some of hers. “They just look at you.   You do some age-appropriate activities. You talk and maybe you do some coloring or something, and once you build that relationship, and the kid knows that you’re there just for them, and nobody else, it opens them up, and from there, it’s easy.”

The Guardian ad Litem program is a national program.  In some states, it’s called CASA, for Court Appointed Special Advocates.  When Russell first started volunteering for them, it was housed in a small office in the Broward courthouse with six or eight people on staff.  Now they have their own building on Andrews Avenue and a staff of almost 50.

“That’s both good and sad,” Russell laments.  “You can see the need, because each of these children should have their own guardian.  Most guardians have two or three, some have more… you do what you can do. Even one. That child is so grateful to know that there is someone there for them. And there is absolutely always a need for more.”

One of the benefits of the GAL program, Russell explained, is that you can pretty much make your own hours, except for court dates which are scheduled usually months in advance.  You can volunteer as much or as little time as you choose, and the relationship can be superficial or very deep.

“It depends on what you’re willing to do,” she noted.  “It’s all about your mindset. My mindset is that it’s not about me.  It’s about sharing the love of God, doing what He puts in my heart to do, and the rest I have to leave to Him.

“And I love working with the kids.”

Some people prefer working with babies, while others are drawn towards older kids and teens.  All report richly rewarding and life-enhancing experiences.

In Broward County, the Guardian ad Litem Program was implemented in 1983 with a handful of volunteers and one staff member. Today, there are over 650 volunteer advocates and the need continues to grow.  Together, the volunteers and staff currently advocate for approximately 2800 children.

“So there is always a need,” Russell stressed.  “A lot of the public doesn’t know what’s going on, but you can make a difference.  Just take that first step. Just one step.

“Give the GAL program a call.

“You can make a difference.”