Everything You Need to Know for a Safe July Fourth Celebration 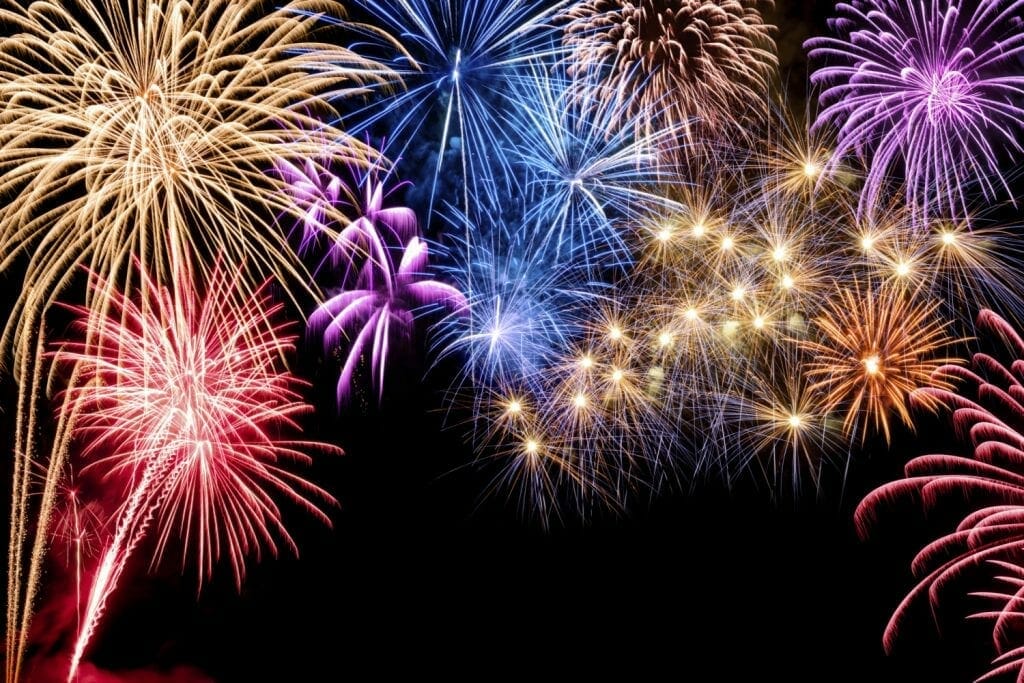 All are welcome to celebrate our nation’s 242nd birthday on Hollywood Beach on Wednesday, July 4, 2018 at the annual Star-Spangled Spectacular 4th of July Celebration. Sponsored by the City of Hollywood Department of Parks, Recreation and Cultural Arts and the Hollywood Community Redevelopment Agency-Beach District, this annual event features entertainment beginning at 5:00 p.m., highlighted by a dazzling offshore fireworks display at 9:00 p.m.

INFORMATION TO HELP MAKE IT A SAFE AND HAZARD-FREE HOLIDAY
Alcoholic beverages, fireworks of all types, sparklers, glass containers, coolers larger than 36” long and barbecue grills are prohibited on the beach and could be confiscated by Hollywood Police. Small soft-sided coolers are preferred outside designated picnicking areas. Picnicking is permitted on the sandy beach only between Sherman and Custer streets as well as within Charnow Park at Garfield Street, Keating Park at Magnolia Terrace, and Harry Berry Park at Azalea Terrace.

It is prime nesting season for several protected species of sea turtles. Turtle nesting activity is normal and should not be considered an emergency. If you plan to stake out a spot on the sand to watch the fireworks, please remember the nesting habits of sea turtles can be impacted by light sources, including flashlights. If you do encounter a sea turtle or sea turtle nest, do not disturb it. Knowingly interfering with a sea turtle nest could result in civil or even criminal penalties and fines.

All boaters are advised to travel at safe speeds and to watch for threatened or endangered species including manatees and sea turtles. Any collisions with or injuries to sea turtles, manatees or other protected species must be reported to Sea Turtle Emergency Line (24 hours) at 954.328.0580 and the Florida Fish and Wildlife Conservation Commission at 1.888.404.FWCC. Spectator boats are not allowed to anchor on or above seagrass, hard bottom or coral reef structures and could face fines or criminal penalties for doing so. This is a condition of the event permit from the U.S. Coast Guard. Boaters also must remain at least 1,400 feet from the fireworks barge. The Hollywood Police Department Marine Unit will be on hand to assure boaters follow these regulations.

Public restrooms are located at Tyler, Fillmore, Johnson, Garfield, Taft and Missouri Streets on the Broadwalk for your convenience.

TRAFFIC INFORMATION
Due to road construction on A1A on Hollywood Beach and anticipated heavy traffic, Hollywood Police will be limiting access to the beach and directing traffic. To reach the barrier island prior to 8:00 p.m., motorists can use Hollywood Boulevard or Hallandale Beach Boulevard. Please note, there is limited parking on the barrier island and spectators are encouraged to use the free shuttle buses departing from two Downtown parking garage locations to Johnson Street and N. Ocean Drive. The shuttle information is as follows:

The free shuttles will run from 5:00 p.m. to 11:00 p.m. Please note the last shuttles will leave from Downtown Hollywood for the beach at 8:00 p.m., with returning shuttles running from 9:30 p.m. at the conclusion of the fireworks display until 11:00 p.m.

Uber and Lyft drivers may drop-off and pick-up passengers at the designated ride share spot on Tyler Street between A1A and Surf Road. At Arizona Street, rideshare drivers will have the option to either head north or use the specially designated southbound shuttle lane.

HALLANDALE BEACH BOULEVARD
From 9:00 p.m. to 11:00 p.m. only local traffic will be permitted north onto A1A.

Intracoastal Waterway bridges will maintain their regular schedules throughout the day and early evening, but from 8 p.m. to midnight bridges at Dania Beach Boulevard, Sheridan Street and Hollywood Boulevard will remain in the down position to allow vehicular traffic to enter and exit the beach.

TROLLEY SCHEDULE
The Hollywood Trolley will run from 7:00 a.m. until 11:00 p.m. between Downtown Hollywood and Hollywood Beach. The trolley service is $1 per ride. Download the free Trolley Tracker App for complete trolley information. http://hollywoodcra.org/index.aspx?nid=149

For additional event information, contact the Department of Parks, Recreation and Cultural Arts at 954 921 3404.