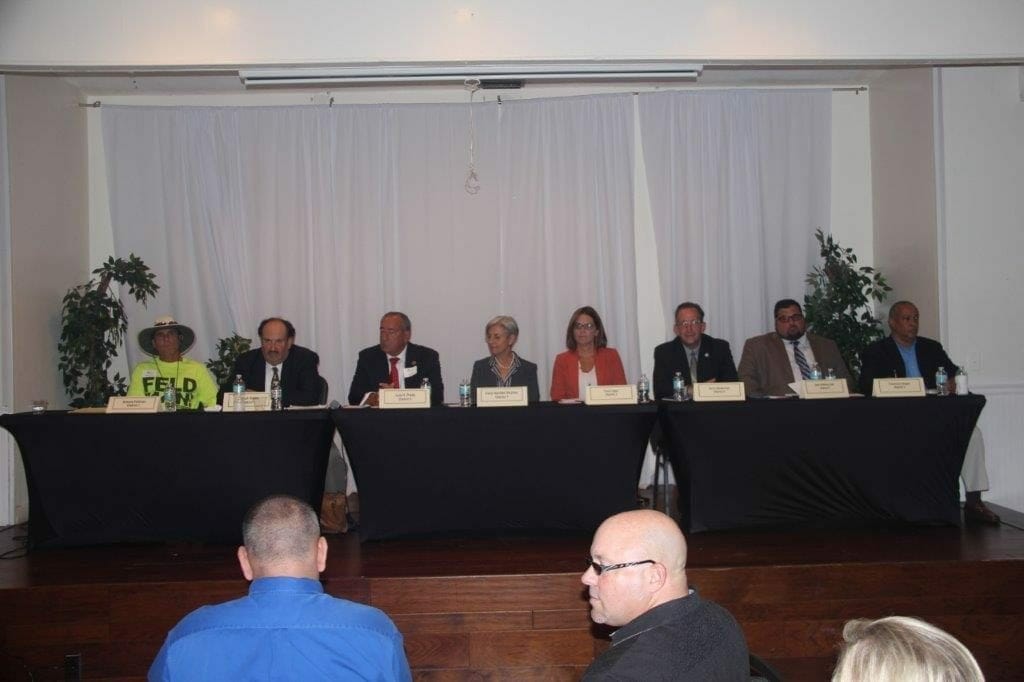 The candidates for the Hollywood Commission held a debate at the Greater Hollywood Jaycees Hall on August 16. Most of the candidates for District One, District Three, and District Five attended the event which was moderated by Newscaster of Channel Ten Calvin Hughes.

The candidates were given the opportunity to describe why they would make good commissioners if elected. Itzack Feldman, candidate for District One said he is a city agitator who has lived in Hollywood for 22 years and has run a video production company.

Joseph Kaplan is a write-in candidate for District One and believes his extensive experience on municipal boards would benefit the city. He has worked in housing management.

Luis Prada, a candidate for District One is a retired airplane pilot and has lived in Hollywood for many years. For the last 20 years, he has been the president and board manager for the Trafalgar Towers II Association. Prada said the commission needs strong leaders and more concern for school safety.

Caryl Shuham, a candidate for District One. She said the city is unstable financially and needs better leadership. She said her experience as an engineer and lawyer will help her understand the complex contracts the city is involved in. Caryl and her husband have been married for more than 30 years and they have a law practice, Shuham, and Shuham in Hollywood. She is a graduate of Leadership Hollywood and has been involved in the city as a volunteer.

Commissioner Traci Callari is running as an incumbent for District Three. Callari said she cares about the people of Hollywood and has tough skin and can handle criticism. She works as a nurse and is married to James Callari, a Hollywood Police officer.

Callari is running against Thomas Ungleich, a lawyer, and a community volunteer.

Commissioner Kevin Biederman is running as an incumbent for District 5. He believes it is important to attract business to Hollywood. He owns a successful pest control business and has been involved in Career Day for local schools.

Jack Anthony Izzo is running for District Five. He is an electrical engineer with years of experience and has a background in the construction industry. Izzo is concerned that city money is going toward large businesses and little help is going to smaller businesses.

Francisco Vargas is running for District Five. He teaches math at the middle school level. He has a passion for the community and wants to help improve community relations in Hollywood.

The debate became passionate at times. Some of the concerns raised involved City of Hollywood contributions to the Margaritaville project. Some of the candidates believed it was a bad decision for Hollywood and that more efforts should have been made to watch how the deal was developing. Others said that while the city may have had to spend millions of dollars, Hollywood benefitted by having a first class resort that will attract visitors from around the world.

Another concern was that the city is facing too many financial problems. Concern was raised that various items including compensation and pensions for personnel are too high. Many of the candidates said they would work to address these issues.

Another concern was the problem of sea level rise and what this means for the City. This has been a major topic among city leaders and the candidates said they will look into some solutions.