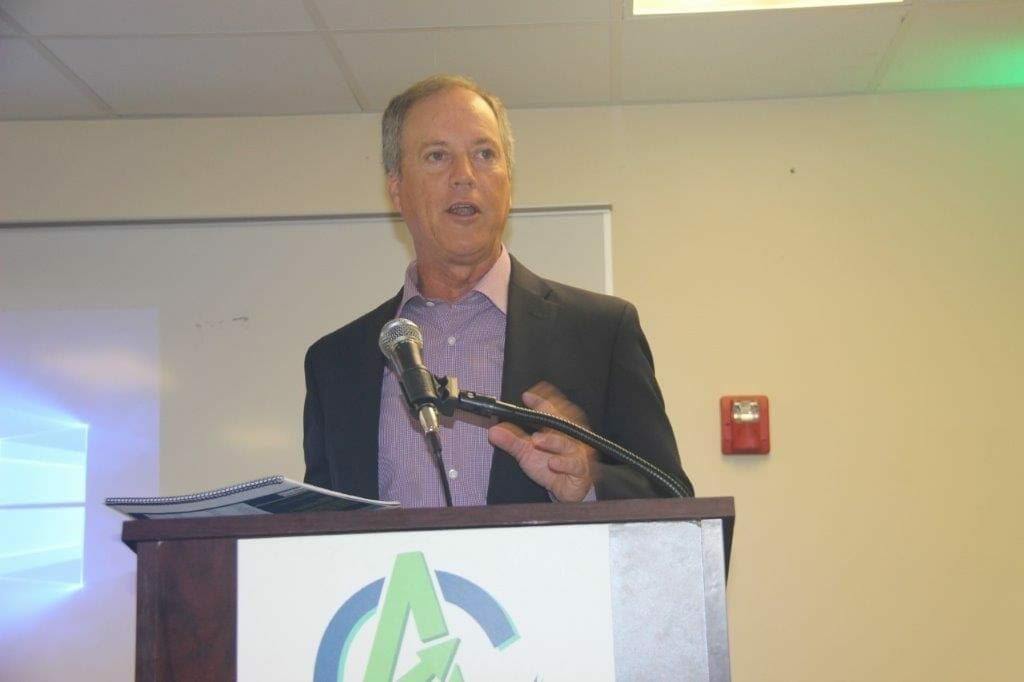 Broward County Mayor Beam Furr and other county leaders are promoting the penny sales tax increase that will be used to pay for improvements in roads, technology, and public transportation.

“If the bond passes, we will make Broward County a smart county. We would have more signs directing people if there are problems on the roads through the use of fiber optics,” said Furr.

If the penny tax increase passes, there would be adaptive traffic signalization resulting in less traffic congestion. Fiber optic network improvements would be made on critical roadways that support new signal technologies. Other goals include intersection improvements including resurfacing, pavement markings, mast arm upgrades, draining improvements, sidewalk and ADA updates, according to the Broward County website.

Also, there would a major expansion in public transportation. The county would add about 300 new buses. Furr realizes that many people don’t ride public buses because they are often unreliable and in poor condition. But he believes they are critical to the county’s future because more people are moving to the area and there is too much traffic congestion. A good public transit situation would relieve this problem.

“We need more buses and they need to be dependable. They need to be clean and should have Wi-Fi. Because of a lack of funding we have been unable to provide that. People need to look at public transportation as a viable alternative and we need to get people off the road,” said Furr.

Furr believes that younger people prefer using public mass transit to driving a car. He has found that young people are less interested in getting a driver’s license and prefer riding buses. Furr also hopes if the county receives additional money it can develop a light rail system.

Another benefit of the additional penny sales tax would be that it would give the county leverage in applying for additional money from the federal government. The county needs to be able to provide matching funds to receive federal money. And this additional money would allow the county to complete larger transportation projects.

For the first year, the penny sales tax is estimated to raise approximately $300 million. If the sales surtax ballot measure is approved, the surtax will be in effect for 30 years which coincides with the County’s 30-year transportation plan, according to the Broward County website.

The County funds its transportation programs through gas tax revenues and general revenue funds which are derived from property taxes and other sources. The federal gas tax, which is a flat amount that does not change with the price of gas, has not increased in 20 years and the amount of money generated by the gas tax has declined as a result of people driving less and cars being more fuel efficient. But the costs for operating and maintaining a fleet of public transit buses, traffic lights and roads has increased. The County wants to improve rapid transit options including express bus and light rail options, according to the Broward County website.

In 2016, Broward voters rejected a sales tax increase. The half-penny portion that would have gone for transportation was approved, but since it was tied to another half-penny tax increase for municipal infrastructure improvements, it was rejected. Since they were tied together, both initiatives failed.