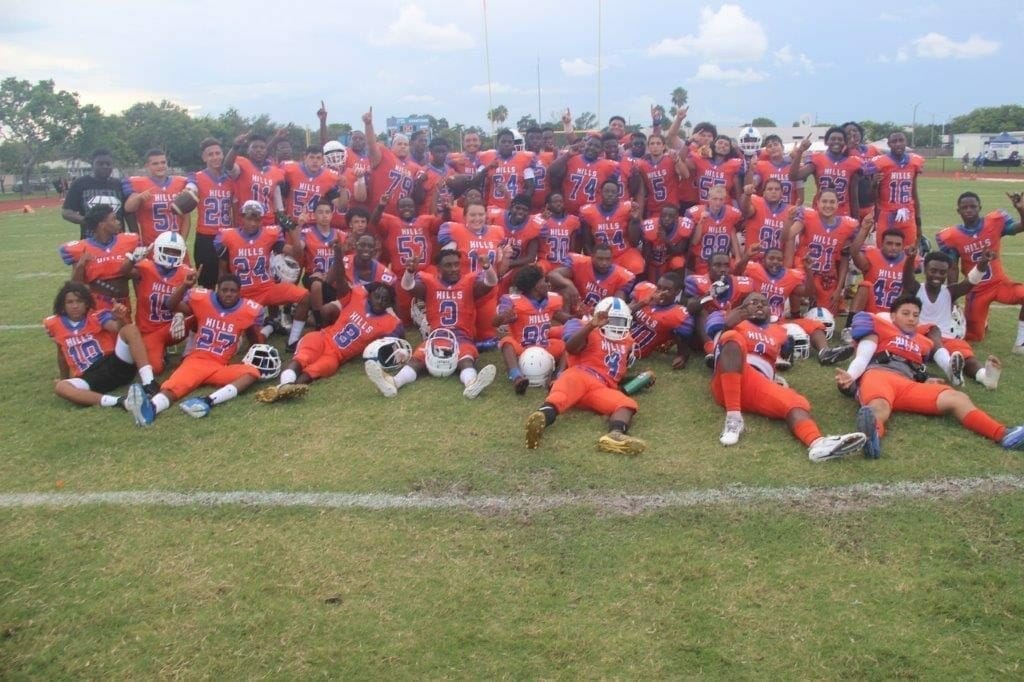 Andy Joly remembers winning the 1973 High School 4A state championship when he was a player on the Hollywood Hills High School football team. He was a defensive tackle and remembers the work an effort it took to win a state title. “It was a magical moment when we won,” he said.

The 1973 Spartans were the first Broward County football team to win a state championship.

Joly was among a group of former players who were honored as Hollywood Hills celebrated its first-ever football game played on campus. They cheered on the Spartans as they defeated Northeast in front of a large crowd.

They all had fond memories of their time on the Spartans football team. Those who were seniors on the 1973 team didn’t know much about losing football games. During their four years, the Spartans were 38-1. The 1973 team was 13-0. “We were accustomed to winning and we played well as a team,” said Joly. “We have had reunions and everyone on the team has been successful since high school.”

Joly also praised the late coach of the championship team Dick Saltrick. “He taught us how to be men,” said Joly.

Arnold Wilkins and Roy Dean were teammates in 1973 and they enjoyed getting together at the game. “It was great to be a part of a state championship team,” said Dean.

During the first half, the former players mingled together and talked about old times and their current lives. They remembered demanding practices in hot weather. It was a time when players were not allowed to drink much water during workouts. The helmets had less padding in those days.

Then at halftime, they were asked to come onto the field to be honored. The players were able to hold the state championship trophy and other awards and shook the hand of current Hollywood Hills athletic director Kevin Perry during the on-field presentation.

John Kurowski was the quarterback for the 1973 team. He went on to play for the Naval Academy team. The Spartans won the 1973 state championship by defeating Jacksonville Raines 22-9. At the time Hollywood Hills was a newer school and had a reputation for excellence in all sports.

Even though the players have moved on, they will always cherish the memory of being on a great football team.