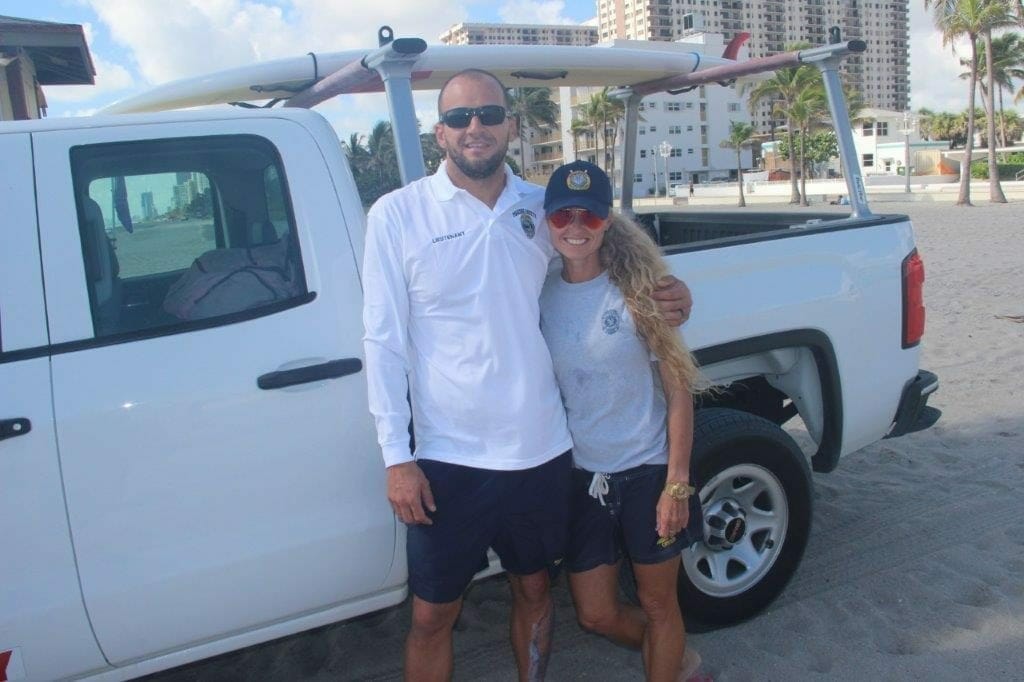 Robyn Skove, a Marine Safety officer for Hollywood and a very accomplished athlete, recently won four gold medals and one silver medal at the United States Life Saving Association competition in Virginia Beach. There were more than 700 participants from around the United States in the competition. The competitors are in top physical condition, including some who have participated in the Olympics.

Skove won age group medals (45 to 49) in beach flags, the 2K run, the ocean run/swim and a silver medal in iron guard. She described the beach flag competition as a kind of musical chairs game in the sand. She has a passion for physical fitness and loves being a part of the competition.

“To participate in this competition, you must be in great shape,” she said. “It takes a lot of effort to prepare for it but I love it.”

“It is a brutal competition, but we love it. We love hard and demanding training. For us, it is like an addiction. We spend about seven months training and preparing for the competition. It is a good feeling to win.”

Bruce Wilkie, chief of Beach Safety for Hollywood also competed in Virginia Beach. He won a gold medal in the paddle board competition and a silver medal in surf ski, iron man and beach flags for the age group 50 to 54. “I loved being a part of the competition,” he said.

The Hollywood Beach Safety personnel who competed in Virginia Beach were honored during a recent Hollywood Commission meeting.