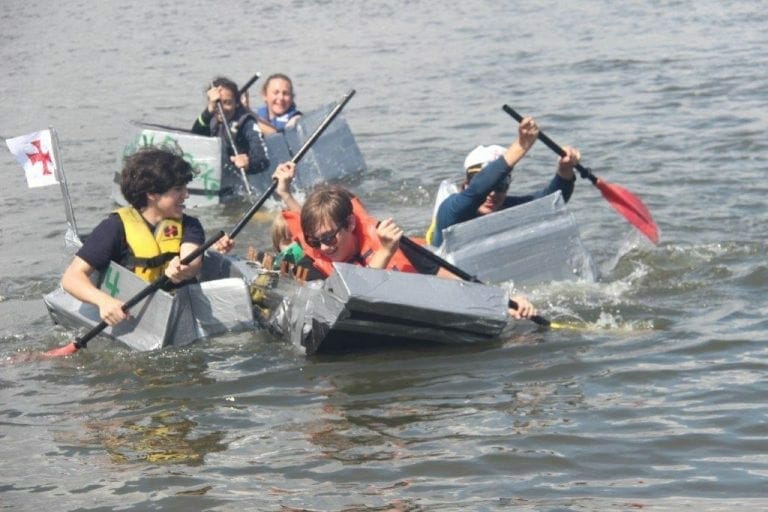 After a three-year hiatus, the Hollywood Cardboard Boat Race returned Oct. 13 to a record attendance of over 500 spectators and 40 teams participating.

The event took place at the Hollywood Marina. Participants, many of whom were students, built boats made of cardboard and then entered them in a 100-yard race near a boat ramp at the Marina.

Some of the boats were more substantial than others. While some participants were competitive, most were just there to have some fun. The judging categories included Most Creative Design, Fastest Vessel, Last Boat Sailing, Most Spectacular Sinking, and People’s Choice.

The 2018 race results are as follows:

Vicky and Jerry Turnbull had a fun day at the Hollywood Cardboard Boat Race. “It was a great way for us to spend time together and we had fun building the boat. It was teamwork,” said Vicky. The built and raced a boat known as the USS Stacked Deck. They were among the last boats standing toward the end of the competition. 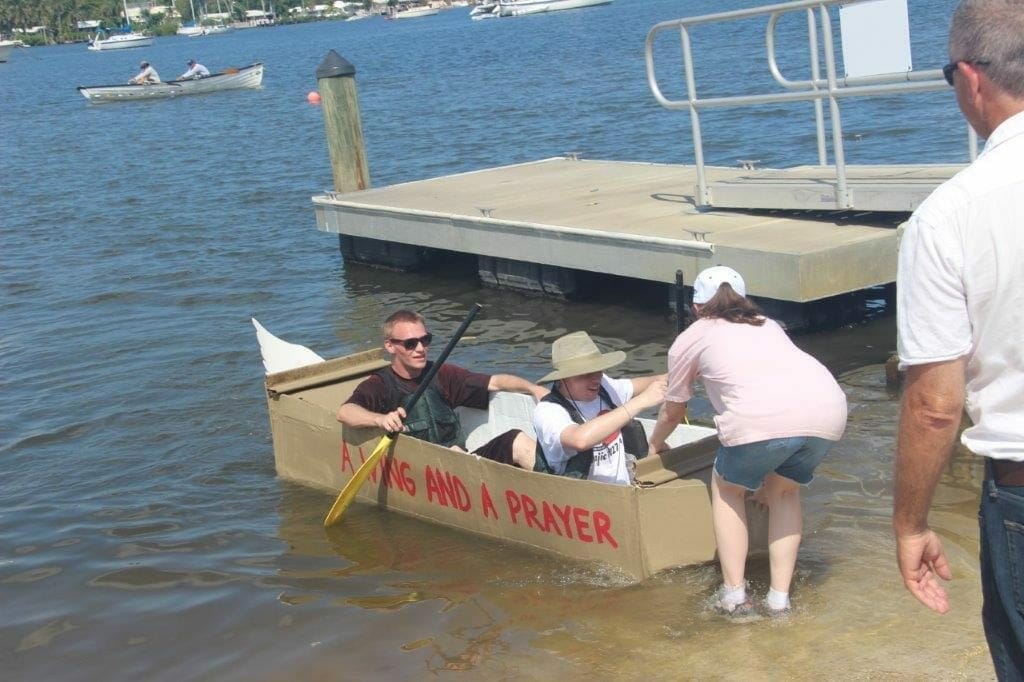 Mary Silvestro was part of a boat known as A Wing and a Prayer. “We had a lot of fun in this race,” she said. “Our boat held up.” 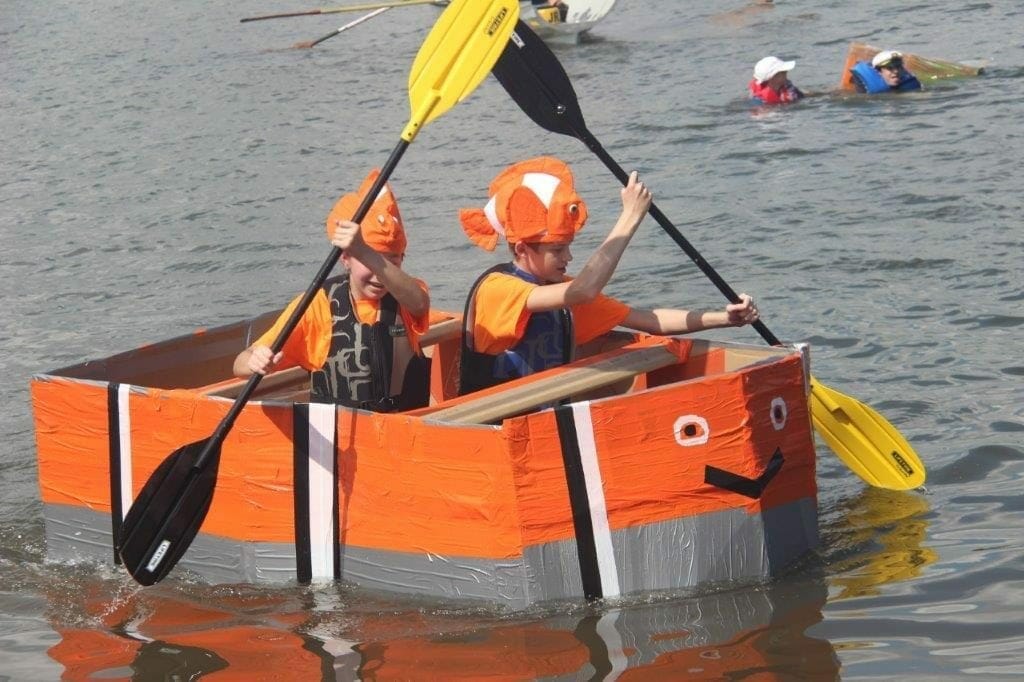 Sophia Baccari was part of a boat called Exotic Nemo. “Building the boat was a lot of fun and it was also fun to be in the race,” she said.

Vidal Salazar and some of his friends from Hollywood Academy of Arts & Science built a boat called Crusader Woof. “We worked together to build the boat,” said Salazar. 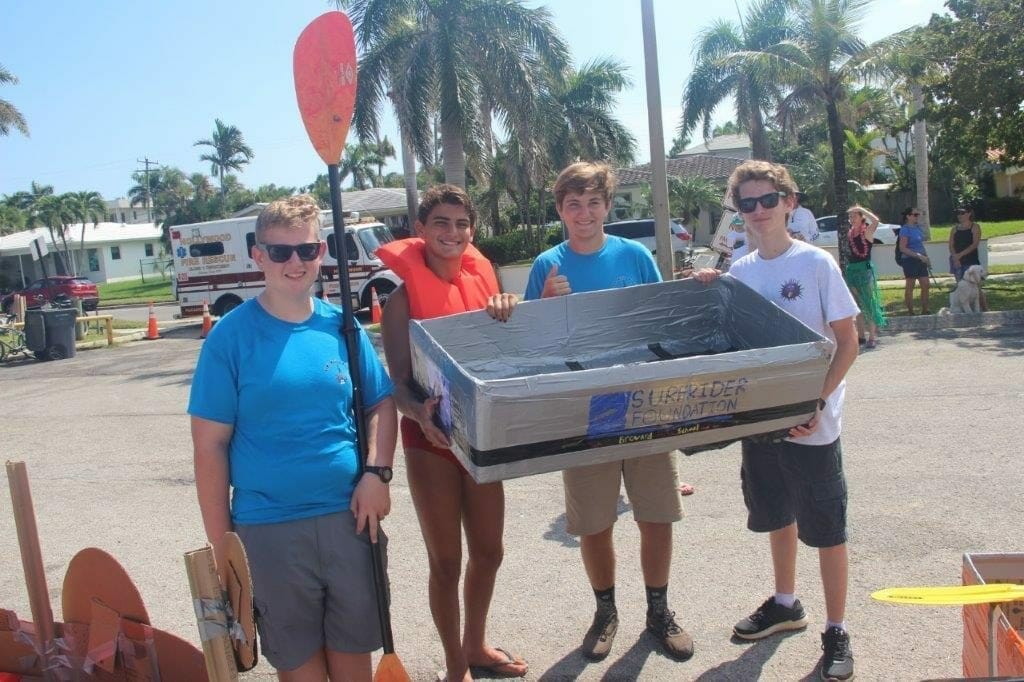 Logan Mazor, president of the South Broward High School Surfrider Club also enjoyed the event. “It was fun. We enjoyed building the boat and racing it,” said Mazor. “Our boat was a box held together with duct tape.”