Hollywood Native Serves Aboard One of Navy’s Most Advanced Warships 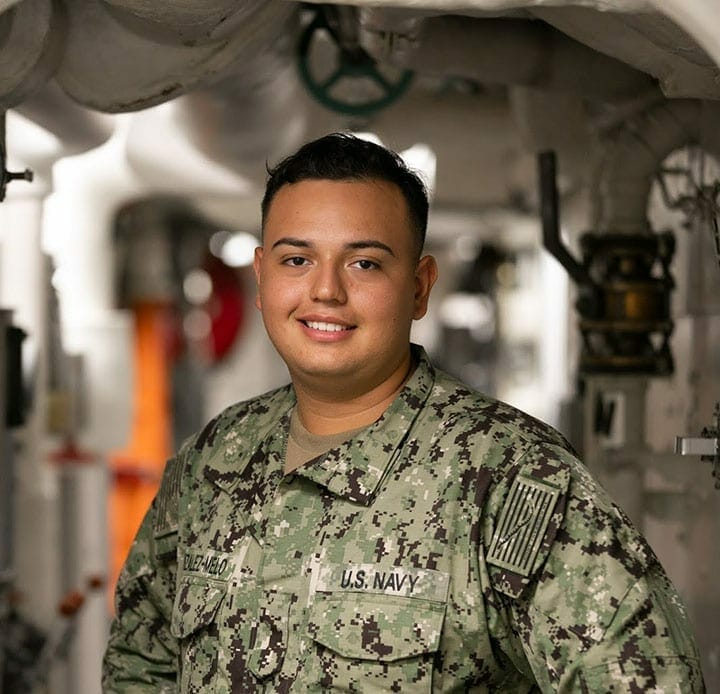 A 2016 McArthur High School graduate and Hollywood, Florida, native is serving in the U.S. Navy aboard the guided-missile destroyer USS Mason.

Navy Seaman Joaquin Gonzalez-Melo is a deck seaman aboard the warship, based in Norfolk, Va. USS Mason is named after Secretary of the Navy John Young Mason and Distinguished Flying Cross Recipient Ensign Newton Henry Mason.

Working as a deck seaman, Gonzalez-Melo is responsible for activities relating to deck and boat seamanship and overseeing maintenance of the ship’s external structure and deck equipment. He also assists with helicopter operations.

“I appreciate interacting with other sailors and working my way up,” Gonzalez-Melo said. “I like the opportunity to use my experiences to teach others.”

Gonzalez-Melo credits success in the Navy to many of the lessons learned in Colombia, where he originally was born.

“Growing up in Colombia, I didn’t have as much technology as I do now,” Gonzalez-Melo said. “Working hard for what I have, gives me a greater sense of responsibility. I appreciate owning simple items, like a cell phone.”

U.S. Navy sailors, like Gonzalez-Melo, are stationed both stateside and on the high seas aboard surface ships around the world. USS Mason is one of more than 60 ships on the east coast of the United States as part of Naval Surface Forces, U.S. Atlantic Fleet.

U.S. Navy ships are deployed globally, and their presence helps the Navy control the sea. Sea control is vital to project power, secure common areas, deter aggression and assure allies when and where desired.

Due to its extensive combat capability, the Mason is able to fire Tomahawk Cruise Missiles and other weapons as part of sustained combat operations against targets on and below the sea, in addition to hitting targets hundreds of miles over the land.

The ship is equipped with the Aegis Combat System, which integrates the ship’s electronic sensors and weapons systems to defend against anti-ship missile threats. The ship’s air search and fire control radar provides continuous search and tracking hundreds of targets simultaneously.

The crew of more than 300 sailors builds a strong fellowship while working alongside each other. The sailors are highly motivated and quickly adapt to changing conditions as part of a busy life of specialized work, watches, and drills.

“On a destroyer, my department participates in just about every evolution or operation that happens,” Gonzalez-Melo said. “I like the fact that everyone is eager to help out.”

Though there are many ways for sailors to earn distinction in their command, community, and career, Gonzalez-Melo is most proud of receiving Blue Jacket of the Quarter.

“It showed that I’m willing to work hard and be the sailor others can look up to,” Gonzalez-Melo said. “It was also nice to be rewarded for my hard work.”

As a member of one of the U.S. Navy’s most relied upon assets, Gonzalez-Melo and other sailors know they are part of a legacy that will last beyond their lifetimes, one that will provide a critical component of the Navy the nation needs.

“Serving in the Navy means a lot to my family,” Gonzalez-Melo added. “I am the first one to join the military and I want to be a good role model for others back home. It feels good knowing that my work is making a big impact in the world.”