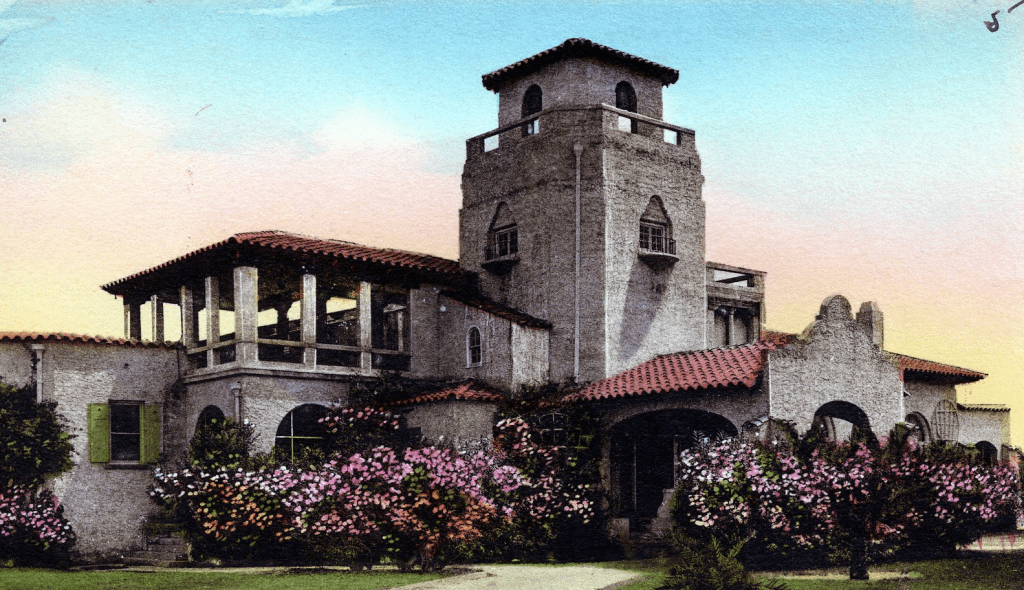 “I don’t think any other South Florida city has as much old advertising material as Hollywood,” said Clive Taylor, self-styled Hollywood historian, collector of Hollywood memorabilia and frequent contributor to the Hollywood Gazette’s Hollywood History feature.

“Joseph Young was a big believer in advertising, and he did a lot to promote the city in such high-end publications as the Literary Digest, the Wall Street Journal and the Saturday Evening Post.”

Some of these ads will be displayed at the first-ever Hollywood Historical Society (HHS) Pop-Up Museum installation, Hollywood Then and Now, Shown In Ads and Postcards, set to debut at the ArtsPark on January 19, as part of the January Art Walk.

Also included in the first exhibition will be ads from Young’s local magazine, the Hollywood Reporter, later-era ads from the now-defunct Sun-Tattler, and a series of postcards and photos showing various Hollywood locations “then and now.”  Most of the featured items come from Taylor’s personal collection and from the archives of the Historical Society.

The team putting together the exhibition, spearheaded by Taylor and HHS president Karen Albertson, includes several members of the HHS and local artist/curator Alissa Alfonso, an expert in pop-ups, who will design the space.

Children are encouraged to visit and learn more about the history of their city.  Kids will also have the opportunity to create and mail their own Hollywood postcards!

The exhibit will be set up in the center of the ArtsPark building lobby on moveable boards and will include a sitting/viewing area.  It will be featured on the electronic marquee in Young Circle and on the city website and will run for approximately two months.  After that time, it may be moved to another location or may be changed to another theme, depending on the public’s response.

“Young was a big salesman,” noted Taylor.  “He was really trying to develop the idea of Hollywood as a dream city, and he did a lot of advertising in only a short window of time.”

For more information on the exhibit or the Hollywood Historical Society, contact http://www.hollywoodhistoricalsociety.org, 954 923 5590, hollywoodflhistory@att.net