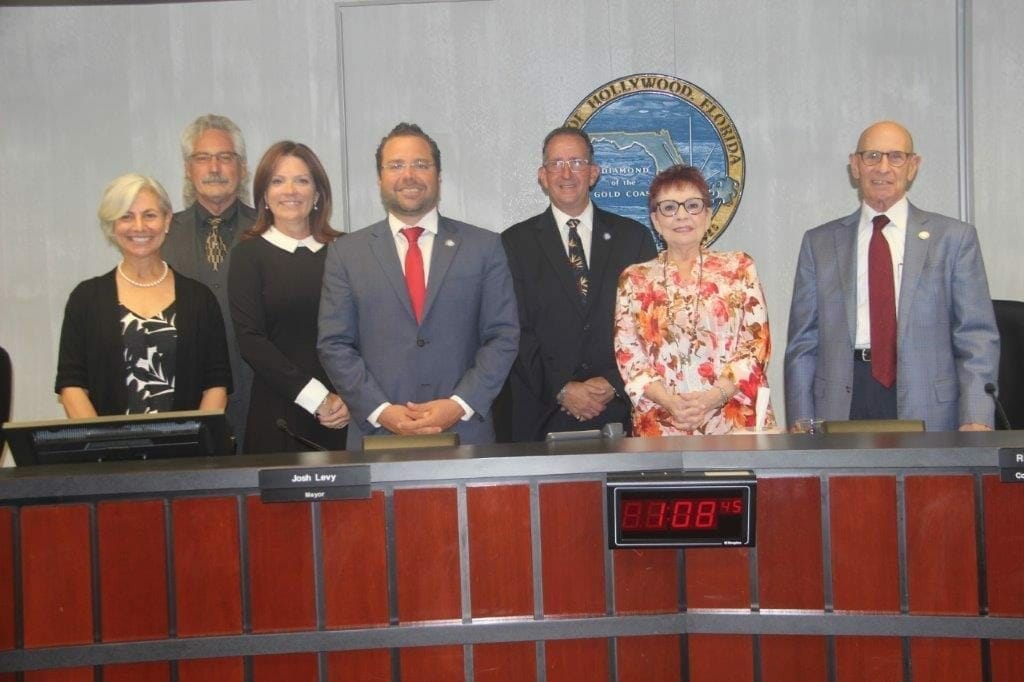 Three Hollywood Commissioners were sworn in on November 20.

Shuham has said that her priorities including addressing the local problem and impact of sea level rise. She is also very committed to improving code compliance. Shuham is also very concerned about traffic and safety concerns and working with local public schools. She will focus on making Hollywood a role model city for economic and environmental sustainability.

Shuham believes in the importance of volunteering in the community. She serves as a Women of Tomorrow mentor at Hollywood Hills High School, an officer on the board of the North Beach Condominium Association and recently served on the City’s Dune Master Plan Task Force. She is a graduate of Leadership Hollywood. She has served in leadership roles within the Broward Public Schools Partners in Education program, the JCC Book Festival and the Crohn’s & Colitis Foundation Take Steps Walk. She is a member of the Hollywood Women’s Club, the Hollywood Historical Society, the Art & Culture Center of Hollywood and the Lion’s Club of Hollywood.

Shuham was born in Baltimore, Maryland. She has worked as an attorney for more than 30 years and is a partner with her husband Marty in the law firm of Shuham & Shuham P.A. on Harrison Street. She is Florida Bar certified in construction law. Shuham and her husband have been married for 32 years. Their sons are Simon, Matt, and Ben.

Callari currently works as a registered/staff relief charge nurse at Memorial Regional Hospital Trauma Surgical Intensive Care Unit. She has worked to be a voice for the community she serves. Callari is concerned with safety in the community and the preserving of green space. She wants smart development in Hollywood. Callari initiated and worked to establish the redevelopment of Stan Goldman Park to include the Hollywood Dog Park. She also worked in the smart development modifications for Charles Vollman Park and the development of Parc Station at Sheridan. She wants to improve public transportation and enhance educational opportunities. She led the development of the first Youth Ambassador Program for the City.

Callari has been married for 20 years to Officer James Callari, a veteran of the Hollywood Police Department. They have three children, Nina, Michael and Olivia, all born and raised in Hollywood. And they have a grandson, Easton.

Callari said, “I want to serve the residents of Hollywood and to preserve green space. I want to focus on safety. I am focused on serving the needs of the youth.”

Biederman served as Commissioner with the Central Water Control District from January 2001 until November 2012. He was worked to bring funding for capital improvement projects in Hollywood to improve District 5. Biederman is married to Donna and they have a daughter named Ciara.