History of T.Y. Park: Hollywood’s Gathering Place for Half a Century 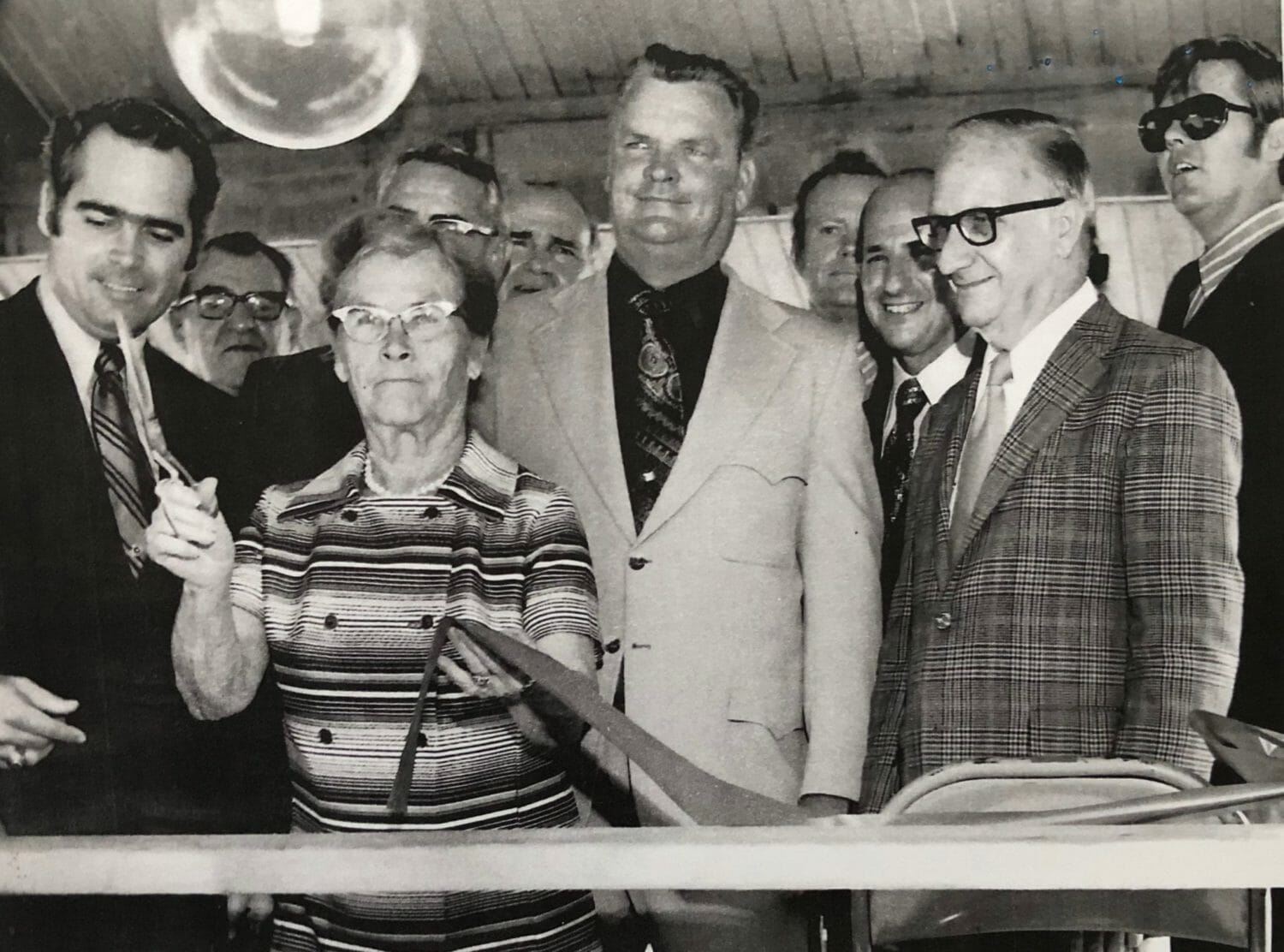 Over a half-century ago, on the north side of Sheridan Street just west of the I-95 highway — which wasn’t the super highway we know today — there was a dairy farm, a paper mill, and a cabinet millwork company.  On the land, there was a lake, which had been made larger during the building of the highway, as rocks and land were needed for the construction. And there were kids climbing on the rocks and swimming in the lake, because South Broward, that area south of State Road 84, was painfully lacking in real parks and recreation areas where the children of the area could play.

So a group of community leaders approached the state legislature, which created the South Broward Park District (SBPD), according to Bob Giacin, who was one of the city-appointed Hollywood representatives on, and later Chairman of, the new District’s Board. Other local business people instrumental in the SBPD included Fred Hunter of the eponymous funeral homes, and  “Pizza-Pete” Peter Maceri, who served for several years as Administrator.   The Board quickly identified the Ben Butler Dairy Farm, on Sheridan Street just east of I-95, as a prime spot for a new park.  The land contained about 85 acres and included the lake.

“The person probably most responsible for getting the park on that land was B. L. David,” Giacin believes.  “He was part of the David family, which was quite influential in Hollywood.  Mr. David was friendly with Mr. Butler, and he encouraged him to sell it to the city.

“Hollywood didn’t have the money to buy it, and that’s when the South Broward Park District came in.  David got the city of Hollywood to negotiate a short-term loan, and the South Broward Park District (SBPD) had taxing ability, and the state may have helped.  The most important thing was that we wanted to secure the land before somebody else stepped in.”

Ultimately the Park District bought the land from Mr. Butler.  They hired local architect John (Jack) Kelso, and nationally-renowned, Miami-based landscape architect Edward Durell Stone to design the new recreational area.  Topeekeegee Yugnee Park, nicknamed T.Y. Park, opened officially on December 9, 1971.   The name means “gathering place” in Seminole and was chosen by the SBPD, along with local Seminole leaders, with respect to the original inhabitants of the land.

The park was designed to hold 8,000 people but it was, said Giacin, so well done and so well located that on a good day, it would attract up to 12,000.

“There would be cars lined up from the entrance on Park Road,” Giacin recalled, “up to Sheridan, and then all the way east to 95.  We had to make more room.”

A 25 cent entry charge per person and per car — more for non-residents — filled the coffers but did little to lessen the crowds of people lined up to enjoy the park.  So the SBPD used its power to obtain the aforementioned two parcels on the east side of the park and added space to bring the beautiful recreational area to the impressive 138.6 acres that it is today.

Even then, Giacin said, there was not enough room, so the Board went on to develop CB Smith Park in Pembroke Pines into “more of a real park” he said, to take the pressure off T.Y., and to better serve the residents of southwest Broward.

Today, the beautiful, heavily treed oasis that is T.Y. Park is home to Castaway Island, a water park oasis which offers two interactive water playgrounds: one for smaller children and one for bigger kids. The aquatics complex includes a marina with boat rentals, a concession stand, and 14 Funbrellas available for rent. (Visit Castaway Island Web page for hours and fees.)   The park also features a full-hookup RV campground with Wi-Fi, 13 rentable picnic shelters, an abundance of open picnic areas, and a large, open field suitable for a variety of family activities. There is a two-mile loop of paved pathways for walking, jogging, skating, and biking. Other popular areas include the large shaded playground, basketball and tennis courts, the fishing pier, and the scenic lake water fountain. Plus, on any given weekend,  you may see various cultural and performance groups practicing!

The Friends of T.Y. Park, Inc. ( a 501 (c ) 3 Public Charity), was established in 2017.  Their mission is  to ensure that T.Y. Park continues to thrive as a health and fitness resource, social gathering place, and a sustainable natural environment.

Barry Faske, Vice President of Operations and Director (and co-founder) of  The Friends of T.Y. Park,  said that the group is, in its first year, proud of what they have achieved so far, and looks forward to expanding its efforts towards an even greater Topeekeegee Yugnee Park, and a better South Florida for the future.

Bob Giacin said that he still gets a warm and fuzzy feeling every time he drives past T.Y. Park, knowing that he was a small part of the public-private partnership that it took to get the job done and bring this magnificent piece of urban recreational tranquility into existence.

Detailed Information on visiting the park can be found at http://www.broward.org/Parks/Pages/Park.aspx?=37

To learn about The Friends of T.Y. Park, Inc., please email friends@friendsoftypark.org or call Barry Faske on 954-816-8269.