What a year for Hollywood!  A new hotel revitalized downtown, a permitting process went online, and a groundbreaking decision allowed the beach and downtown CRA to share its profits with other areas of the city that need it.

The city and its leaders have a lot to be proud of.  We’ve pulled out some of the highlights for you from the 2018 Citywise Accomplishments Report.

What are the city leaders most proud of?

The CRA Interlocal Agreement (ILA) was passed.  This allows the city to share some of the money raised by the CRA in the beach and downtown areas to be used in the outlying residential neighborhoods.  This plan is the first of its kind in Broward and maybe in all of Florida. 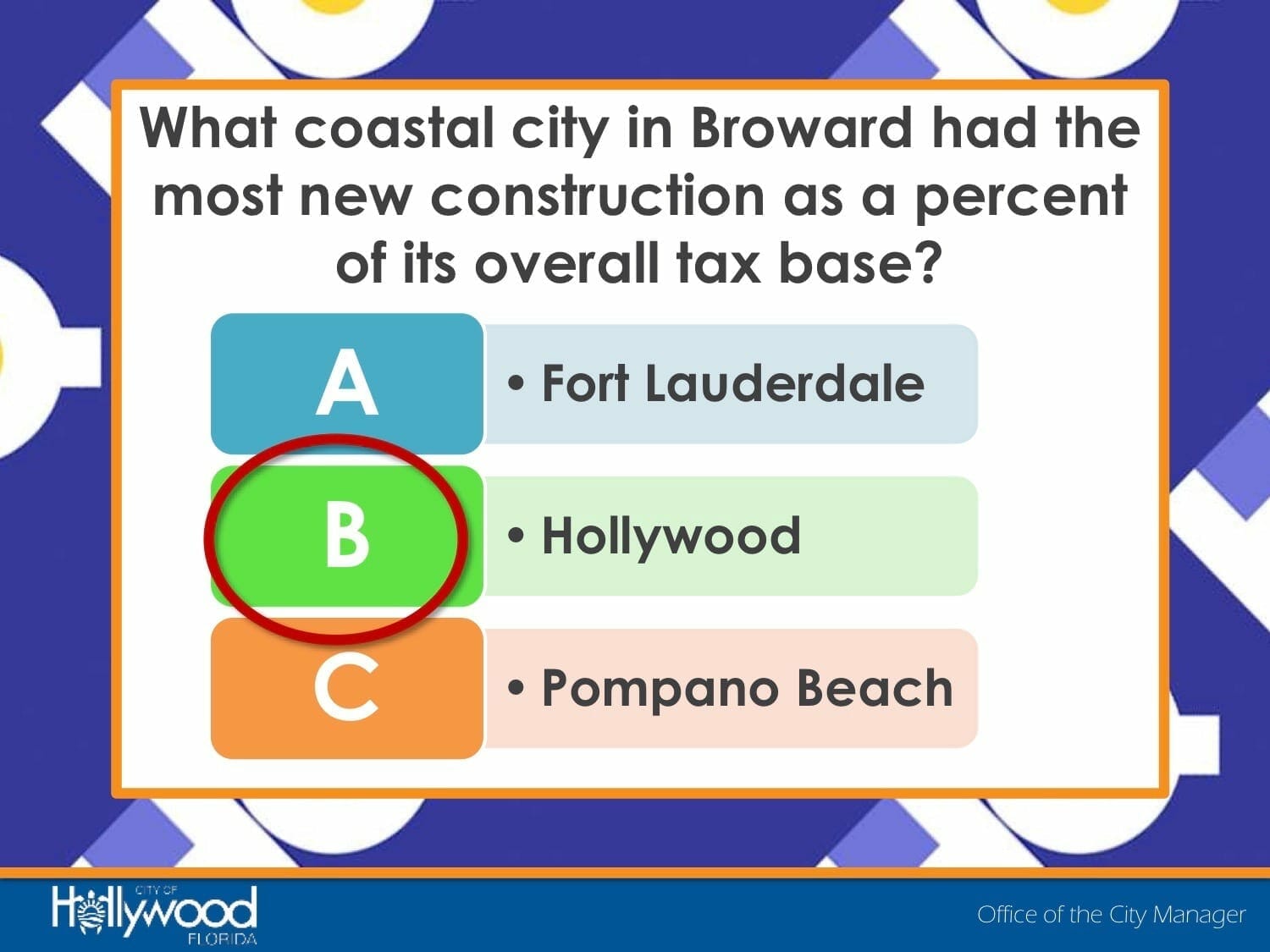 There’s a lot more to the CRA news, including a five-year extension to the downtown Agency.  Overall, the value of the ILA is going to be approximately $100 million which will be invested into the City of Hollywood over the next 10 years.

This year, the city also finalized a major internal organizational restructuring.  This was designed to streamline and consolidate operations, and to provide a higher level of service, with fewer employees, ultimately saving the city money.

Among the other items highlighted by the city manager:

The introduction of the city’s new brand image, with the sea turtle logo.

The designation of two Opportunity Zones in Hollywood, one in Liberia and one on South Federal Highway.  These offer generous tax advantages to encourage private-sector investment and are designed to spur economic growth in these communities.

Launched a program for businesses along Hollywood Boulevard from Dixie Highway to I-95 which provides matching grants of up to $25,000 for exterior property improvements.

Experienced a decrease in Part 1 crimes citywide. Those are the really bad crimes.

Added to the CCTV P 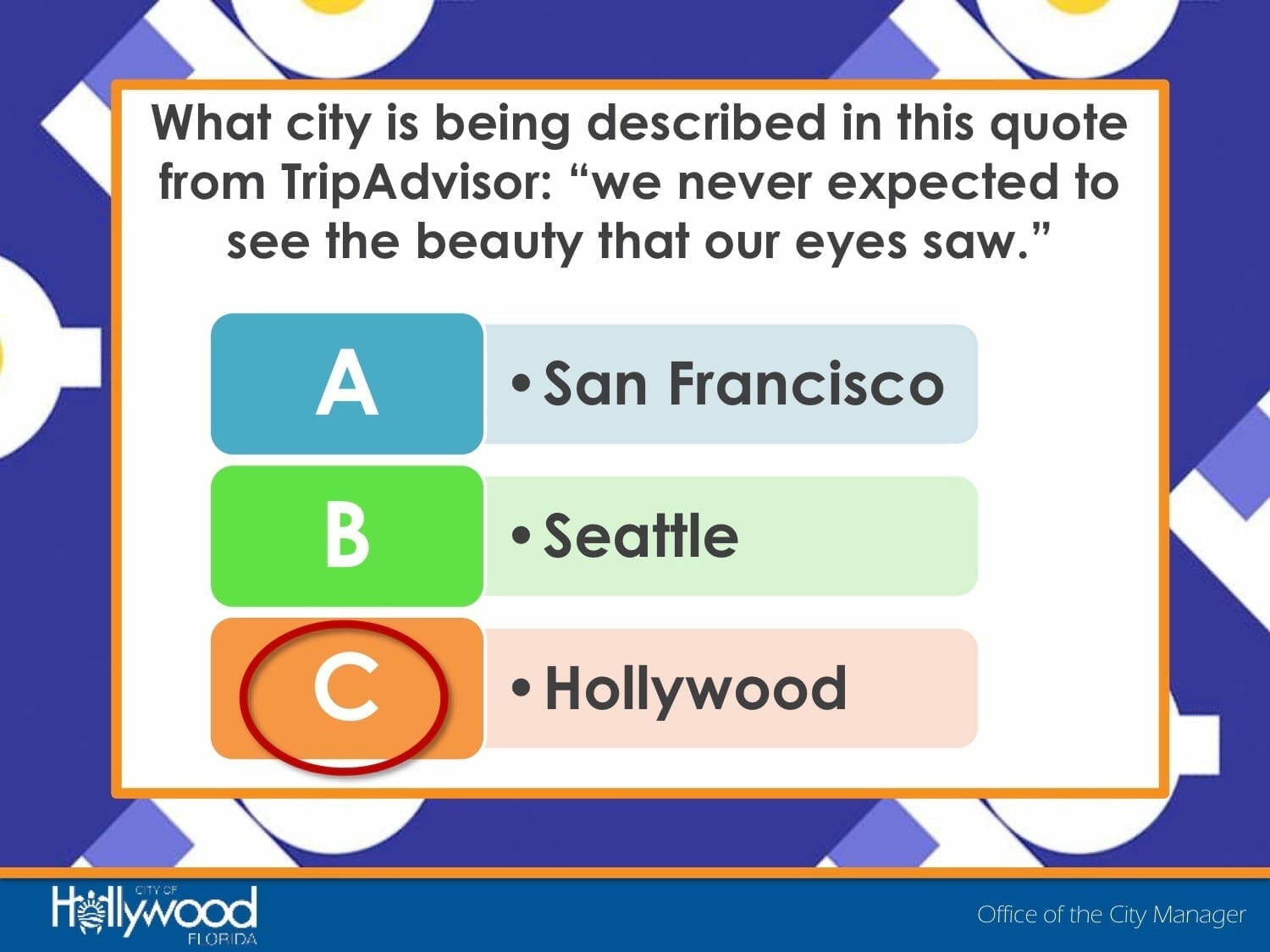 rogram in the Downtown area.

Business tax revenue has exceeded projections and budget by approximately 11.5% ($231,000).   Business tax registration is up 13%. 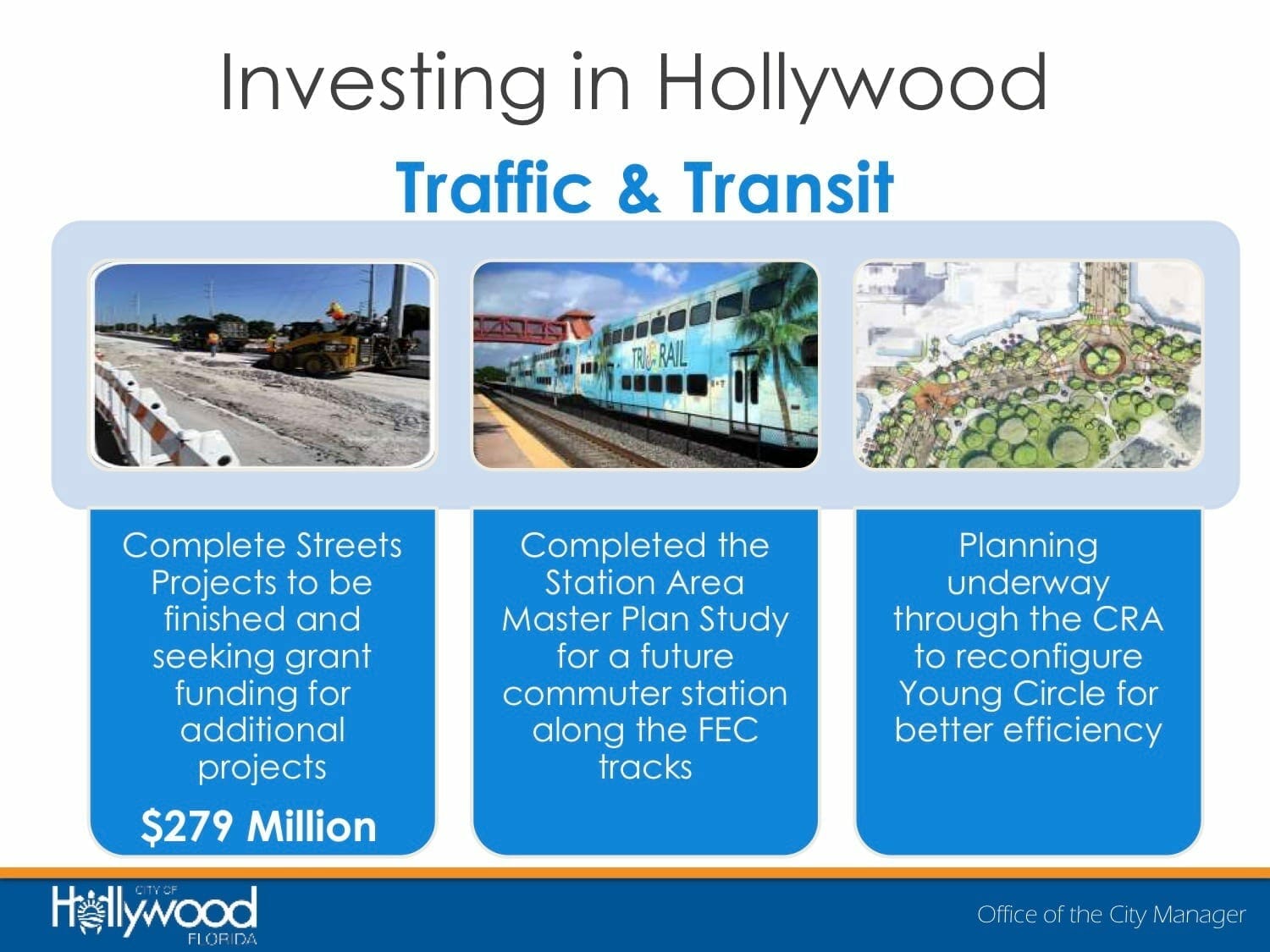 The Styrofoam and Plastic Ban was passed.  The City Attorney’s office, the CRA, the City Office of Communications, Marketing & Economic Development (CMED),  Parks, Recreation & Cultural Arts (PRCA), and the Police all worked together to conduct business and public outreach pertaining to the ban.

Began a conversion plan with FPL to provide a City-wide retrofit of FPL-owned streetlights to an LED platform. 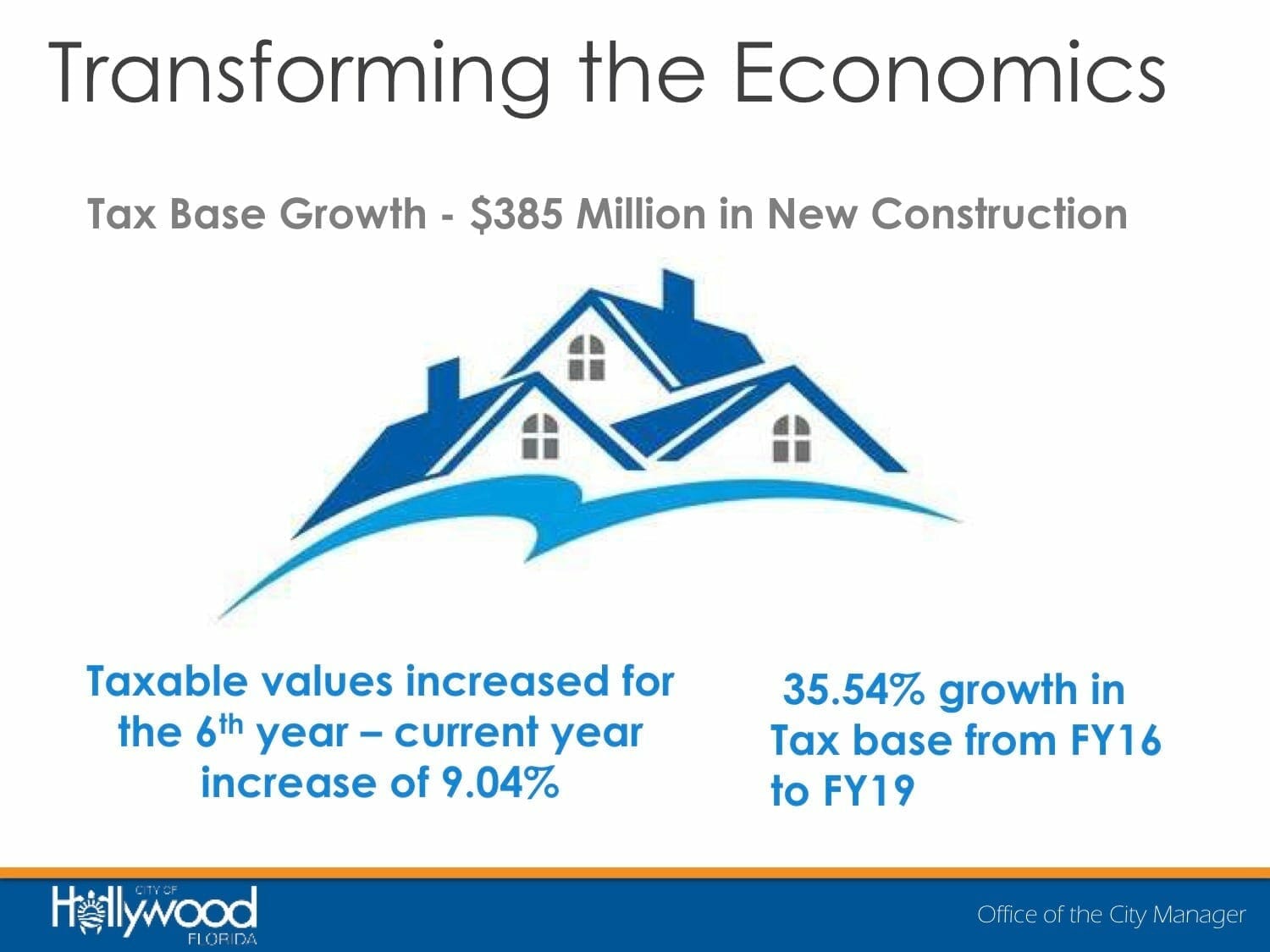 Implemented Q-Less, a mobile queue management solution, at City Hall.  This is designed to eliminate lines and reduce wait times for customers.

Revamped the building permit search on the City’s website to manage plan review comments in order to facilitate the process.

Over 12,000 permits were issued, with over 64,000 inspections scheduled.  The associated revenue is more than $15 million. 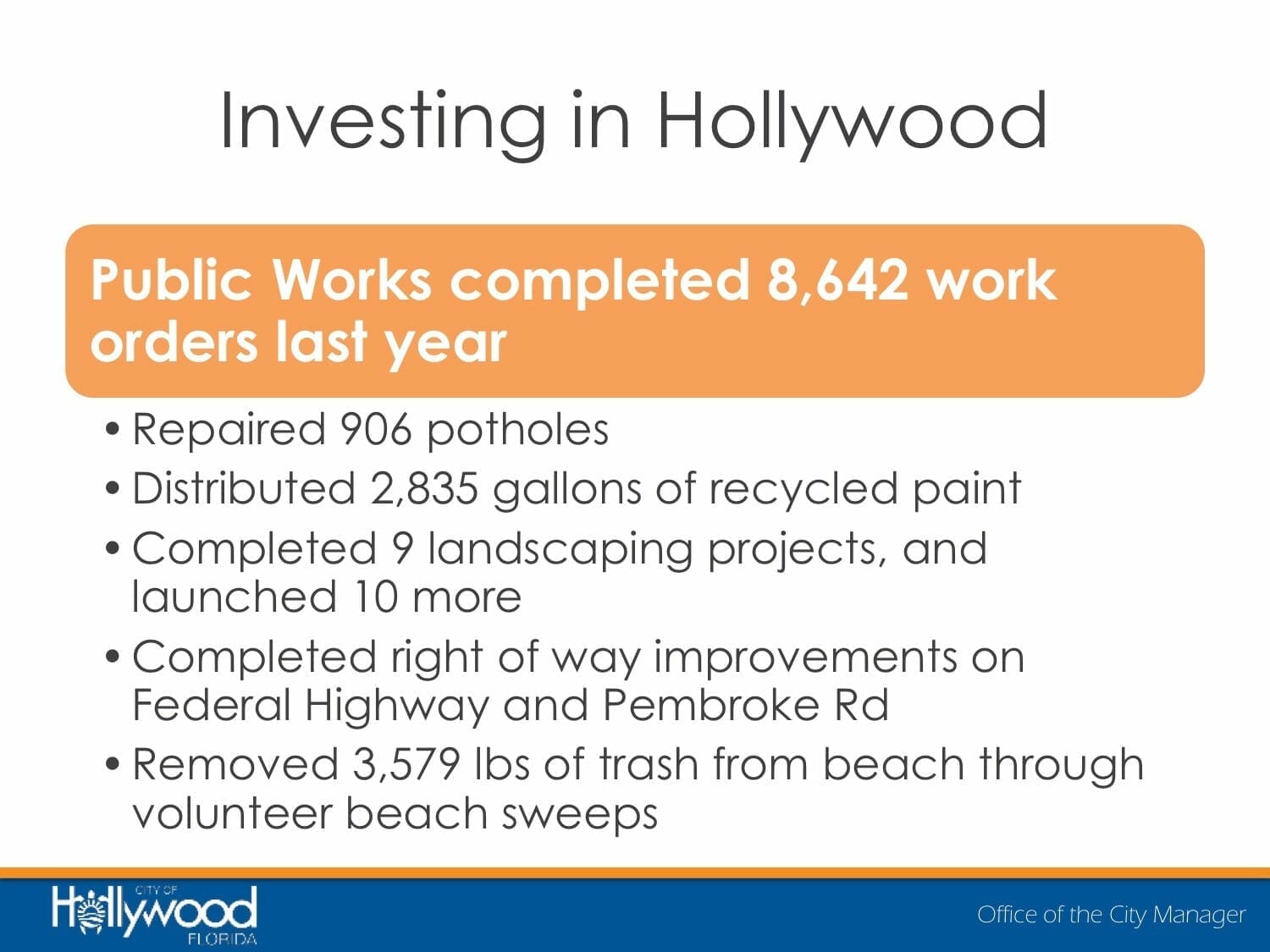 The Police Department continues to develop programs to work with Hollywood’s kids while bringing down crime.  The drama continues around the sale of Margaritaville. It looks like the GO Bond is going to be approved for a mid-year election.  The location of the 911 tower is still to be determined.

So look for lots more excitement in Hollywood as we move into 2019.

For your own copy of the 2018 Citywise Accomplishments Report, please visit the City website, www.HollywoodFl.org, and click on the “Open Government” button. Here’s a direct link: http://www.hollywoodfl.org/182/Open-Government. 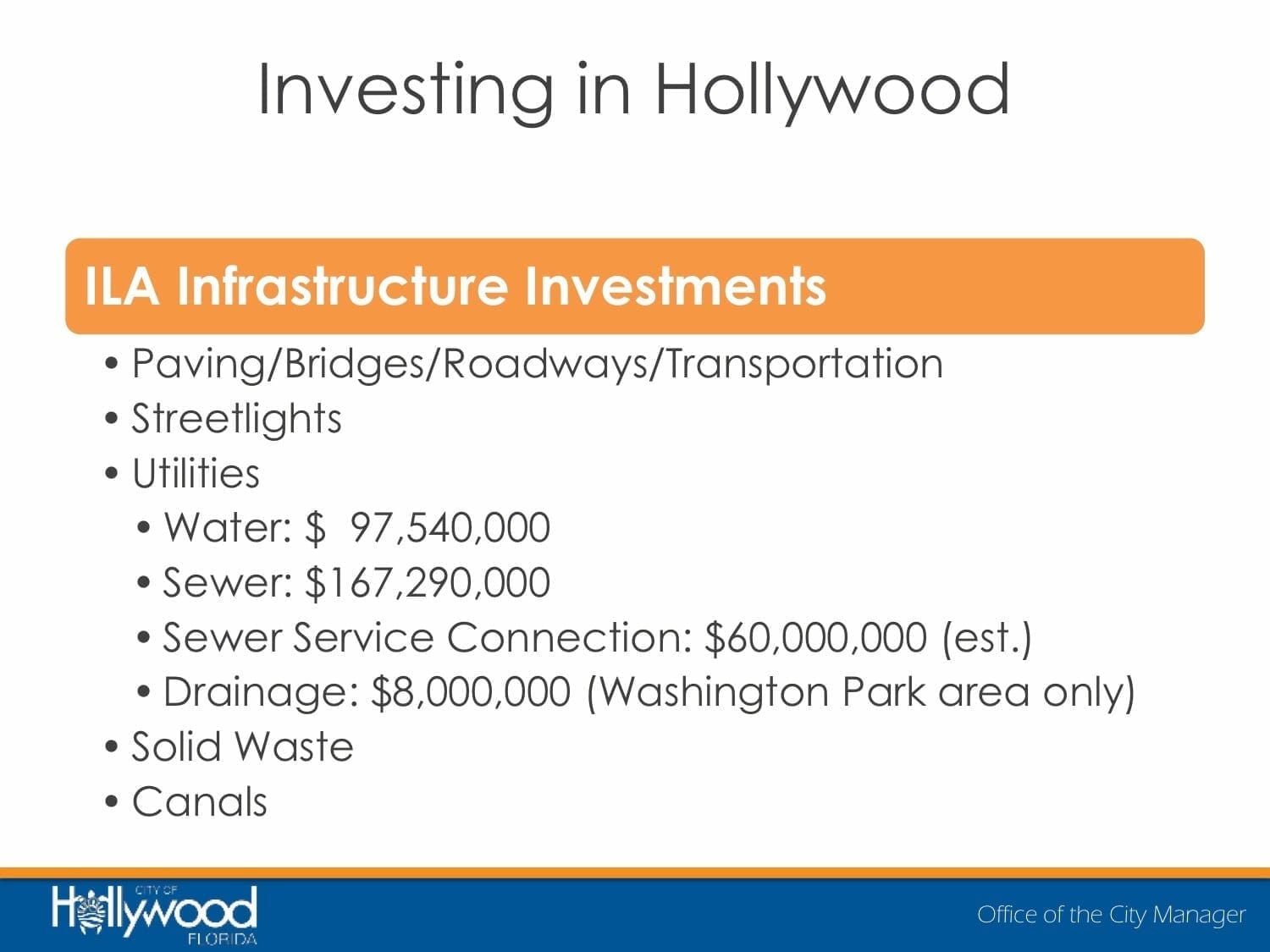