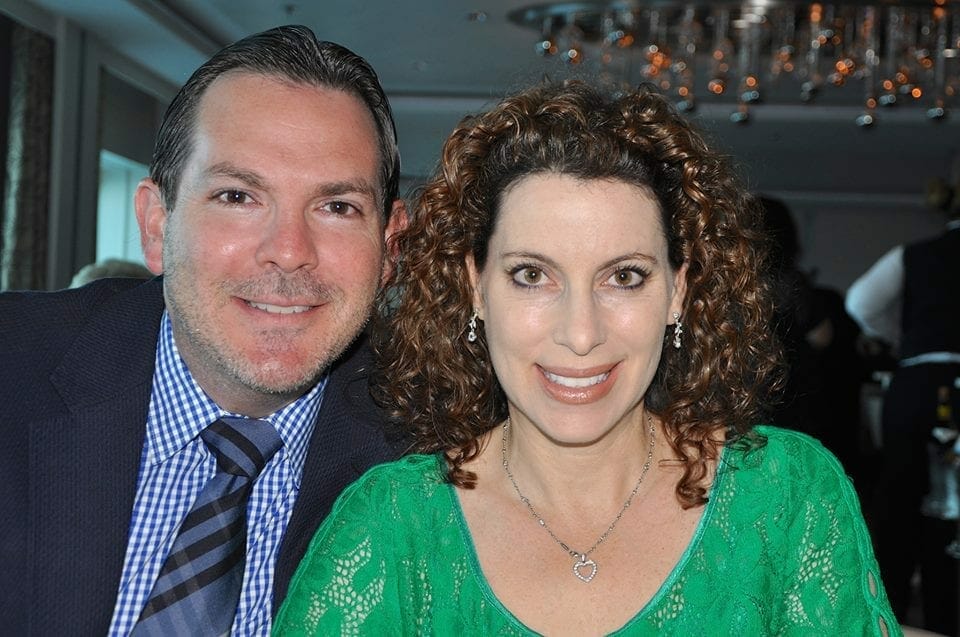 Most of us know Peter Bober as the former Mayor of Hollywood.  Bober served from 2008 to 2016, and as a City Commissioner from 2000 to 2008. Currently, he practices law with his wife, Samara, in the company they founded in 2001, specializing in the areas of employment law, personal injury and business consulting.

Born in Miami and raised in Hollywood, Bober has always lived here, except when he attended the University of Texas in Austin for undergrad, and law school at the University of Pennsylvania.  The Bobers live in the Lakes of Emerald Hills and have two teenage boys.

We sat with Bober in his new office at 2699 Sheridan Street to find out about life after public service, and his thoughts on the City today.

HOLLYWOOD GAZETTE: Residents were surprised when you didn’t seek re-election in 2016, and you’ve actively supported candidates in the midterms. Are you considering a run for anything in the future?

PB: I have always loved public service and government, even before I was involved. I’m still very interested in public service; I did help a number of candidates and was recently involved in a number of campaigns at local, state and even national levels.    I enjoy helping other people who I think would do a good job and put other people before themselves.

Right now I do not have a plan to run for a specific office, but I don’t believe in ever saying never,  so if the opportunity arose where I thought I could make a difference I would be more than happy to go back into public life.

HG: Where in Hollywood do you take your out-of-town guests?

PETER BOBER: Wow, there is so much.  There are some really great parks, and of course,  Hollywood Beach is one of our greatest assets. There are actually very few places in the US that even have anything like a  Broadwalk — it’s an unusual and wonderful feature! I would also take them to West Lake Park for some canoeing; we’ve done an amazing job keeping this an environmentally friendly town and having so many beautiful, absolutely gorgeous places where we can enjoy nature.

As for restaurants,  I really love Taverna Opa, on the beach, (editor’s note: Bober said he does not dance on the tables, citing it as ‘never a good thing to be doing as mayor’),  GG’s, Dandee Donuts, and any place on the beach where you can have a meal and look out at the ocean. I think we’re incredibly lucky and many people take it for granted. I think there’s a lot of great choices.

HG: What are your thoughts about the Margaritaville sale?

PB:  I was very involved with the project, and I think that Margaritaville is an incredible success story for the city.  Most residents are very proud of it, people not only like it, they love it, when they walk in and see it.   It is an incredible financial business agreement for the City, which invested tens of millions of dollars to make many hundreds of millions, and people who don’t think that receiving hundreds of millions of dollars is a good thing have rocks in their heads.  It has actually exceeded our expectations in terms of the financial returns, and it has brought a level of quality to Hollywood Beach that did not exist there before.

And, it has actually not only been great in itself as a project but has also had a great spin-off effect for the other businesses that are up and down the beach — you see a lot of improvements, a lot of construction happening on the beach and the Broadwalk because of Margaritaville, so it’s a double whammy in terms of benefits to the city.

As for the people who are complaining about it, I think we’re talking about just a handful of people, who either don’t understand it or don’t want to understand it.  I

think the beautiful thing about Margaritaville is that it’s a great financial deal which will be putting money into the City’s coffers for 99 years. And I still think that Hollywood Beach is a quaint, wonderful place to get a soda and a slice of pizza and spend time with the family and look at the ocean and it’s not too expensive so I think we’re able to have our cake and eat it too, and I’m very proud to have been involved in that.

HG:  What do you think the city’s greatest challenge will be in the new year?

PB: I think the challenge this year is not much different than it is every year — the City needs to continue to modernize.  We have a very significant issue with aging housing stock, older properties, older infrastructure, and we need to continue to modernize all of it.  It’s good not only for its own sake but the city needs the revenue. The City has many expenses that need to get covered and the money just doesn’t grow on trees.

One of the best ways to increase the tax base is new construction and smart development.  The other thing is making sure that the City maintains fiscal discipline, that it does not spend more than it has, does not take on new financial obligations that will never be met and just continues being prudent at all times, making sure that it spends the taxpayer’s money very wisely.

HG:  You grew up in Hollywood.  What are the changes you’re most proud to see?

PB: As a kid, I used to go to the beach with my grandparents, and I’m really glad that Hollywood is still a place for families. I go to the beach frequently and spend time in our downtown and it’s great that we have not become an overbuilt city where families are not prioritized.  When I go down to the Broadwalk and look at how beautiful it’s become, it’s really vastly improved over what it was, and I see families being together, having a good time, a new generation of Hollywood children, growing up in a beautiful community, I am really proud.

I’m most proud that I was able to have a hand in Hollywood continuing to be a family friendly place where they’re not priced out of the market.

I’m very proud to have had a hand in creating the ArtsPark, and I still feel a lot of pride when I see people enjoying the amenities that we’ve created downtown. It’s a much more inviting place today and I think it’s going to continue to get better under the leadership of the new city commission.

HG: What are you most proud of having accomplished as Mayor?

PB: I was mayor during one of the most challenging times in the county’s history, in terms of the economy.  I was elected in 2008 and in 2009 things got difficult, but I really wanted a challenge, and I got it! I think we did a lot in those most challenging times.  I’m really proud of our recycling program — we were instrumental in making residents more environmentally conscious, and we created a culture of recycling in the city.

We got a lot of new construction started in a very difficult economy. Opened new schools, after 40 years. We focused on improving education, modernizing infrastructure, transparency, and accountability, making sure that the public has faith in what the elected officials are doing.  Honesty and accountability. Improving the perception of City Hall. I think we did a lot in that regard.

HG: What’s the one thing you wish you had been able to accomplish during your tenure as mayor?

PB: Well, when you are the mayor you try to get as many things done as you can, but it’s not just about accomplishing also about planting seeds, planting a lot of seeds because the work is never done.  It’s not a snapshot, it’s a moving picture and when you look at the City as a moving picture, you know that you’re not going to be there forever and you try to get many things done but you also want to plant seeds for the future because a lot of things that create major change may take many years and multiple administrations.   You have to plant the seeds today to germinate in the future and you have to recognize that planting those seeds is a very important part of the job.

I think we got a lot of things done in a very difficult economy but we also planted a lot of seeds for things that are happening now.  For example, a lot of the new construction that you’re seeing now came from seeds that were planted long ago, and this commission will plant seeds that future city commissions will be working on down the road.

HG: What do you miss the most about being the mayor?

First, I loved to be in a position where every day I could go to City Hall and be able to help steer the city in the right direction.

But even more, I worked with a lot of really amazing, wonderful, great people.  City employees, really smart people, people who wake up every morning looking to help people, and don’t expect a pat on the back or any recognition.  There are so many employees there who work very hard and are legitimately interested in helping the residents of the City to make their lives better. Incredible people.  I never would have dreamed that so many of the workers who I would meet would be so kind and generous, people who would come to work and then go and volunteer and give so much of themselves.

I have had the best life, I’ve met so many incredible people, we did a lot of good.  I was able to do it on my terms and exit when I wanted to exit. I believe I am one of the luckiest politicians that ever served.