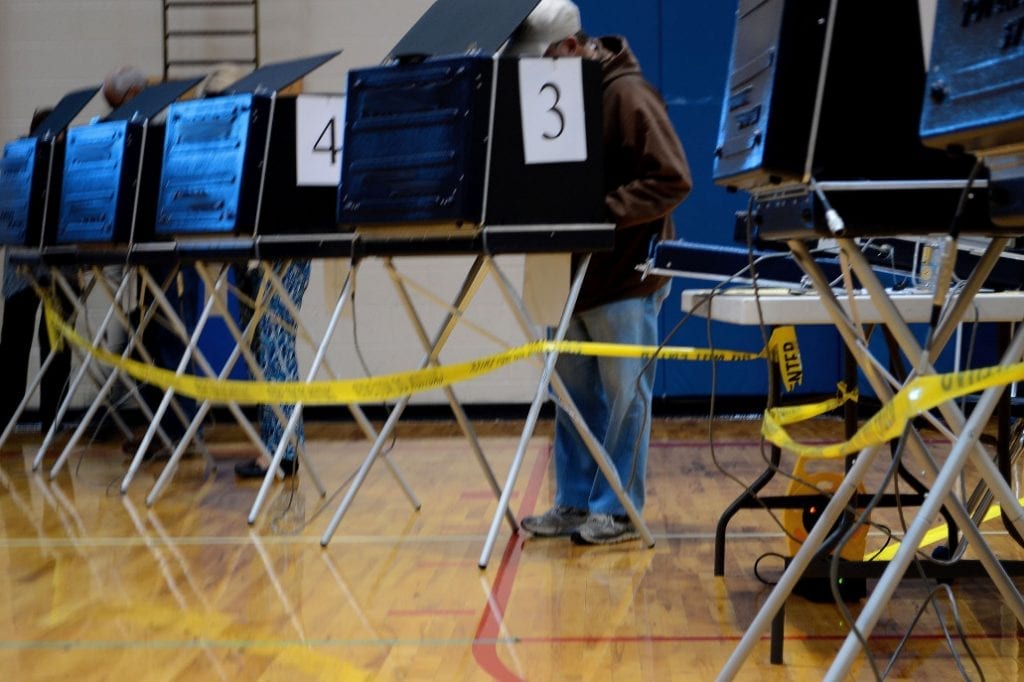 Hollywood residents will get the opportunity to vote on a general obligation bond in the upcoming March 12 election.  The money would be used to pay for major expenses — such as a new police headquarters, major improvements to two golf courses, the purchase of a closed golf course and infrastructure improvements to city facilities.

The decision to include the bond in the March 12 election was made at a City Commission meeting on Dec. 5.

The bond is being divided into three categories and voters will be able to choose which categories they want to vote for or against:

The total GO bond would be for about $165 million.

The bonds will be payable from unlimited ad valorem taxes and mature no later than 25 years from issuance date. A homeowner with a property valued at $165,000 would pay about $106 a year in additional property taxes if the GO bond is approved.

According to the City of Hollywood website, some of the proposed projects to be funded by the GO bond include:

Timeline of the GO bond project:

Here is more information about some of the proposed projects for the bond.

One piece of land that the bond money could be used to purchase is the Sunset Golf Course, a 45-acre property.

Although there was a lot of discussion around the purchase of the property, it is not currently known whether or not the city will even be able to purchase the land or exactly how it would be developed. The project would cost $12 million.

Many local residents want this land to be used for what is now a passive park. It would be a place for people to go and relax, walk, jog, cycle, and participate in yoga and maybe casual ball games.

“This is an important first step in securing permanent protection for Sunset,”  Max Soren, chair of the Save Sunset Committee, wrote in a statement. “We thank the commissioners for their vote. We especially thank Mayor Josh Levy, Commissioner Traci Callari and Commissioner Peter Hernandez for helping to champion our cause at today’s meeting. To everyone who wrote in and showed up, your input made the difference.”

The current police headquarters, measured at 76,000 square feet, is outdated and old. It is not considered to be safe in the event the city is hit by a major hurricane.

Police leadership believes a new structure is needed. A new police headquarters would be 120,000 square feet and include a 450 space parking garage. In addition, the fire department would receive new equipment and vehicles.

“We need to replace the current police station. In case of a storm we would be hard pressed to have a place to operate from,” Hollywood Commissioner Peter Hernandez said at a meeting about the GO bond. “The police building is not built to withstand a powerful storm.

The new police headquarters would cost $72.6 million. Another $5 million would be for fire equipment including: three ALS rescue units, three engines, one hazmat truck, one battalion command vehicle and an air pack system for structural fire fighting.

The Art and Culture Center/Hollywood‘s “Arts Ignite!” facilities expansion initiative is among the improvement projects selected for the Let’s GO Hollywood General Obligation Bond (GO Bond). Hollywood voters can vote for the Bond during the special election scheduled on March 12, 2019.

The funds allocated to the Center would represent the City’s contribution to the construction of new multi-disciplinary arts-education spaces and the expansion/renovation of current visual arts galleries at the downtown campus located at 1650 Harrison Street.

Through a successful GO Bond Referendum, the Art and Culture Center/Hollywood will build new education, gallery and performance spaces adjacent to the historic Kagey Home facility.

“The Art and Culture Center/Hollywood welcomes this incredible opportunity to expand and modernize our facilities,” said Joy Satterlee, the Center’s Executive Director. “Through a successful GO Bond Referendum, the Center will build new spaces adjacent to the historic Kagey Home that would offer a much wider array of adult and children’s programs, while also providing a multi-faceted social and creative hub in Downtown Hollywood.”

The renovation of the Armory building will cost $2.4 million and will include an indoor sports facility with basketball courts, batting cages and other equipment and meeting rooms and office space.

The Dowdy Sports Field project will include the replacement of artificial turf, new drainage, and new LED sports lighting at a cost of $2.5 million.

In general, the city commission is optimistic about the GO bond.

“The City has a great opportunity with the bond. If the voters approve the bond, we could make the City an even better place to live,” Josh Levy, mayor of Hollywood, said. “We could have protection from coastal flooding and a new police station for public safety. We could purchase open space and improve assets that benefit the public.”

Hernandez thinks the improvements to Orangebrook will go a long way for the city. “It would be good if we could get a PGA event at Orangebrook,” he said. “That would mean a lot of good publicity for Hollywood.”

Commissioner Caryl Shuham, who still has questions about the bond, also sees the benefits of new facilities for the city.

“I think it is a good thing to put the decision to the voters,” Shuham said. “I am in favor of the decision we made. I believe we need a new police station. The building is too small and outdated. It would not be secure during a severe storm. We need a better facility.”

She added: “I am optimistic about the bond.”