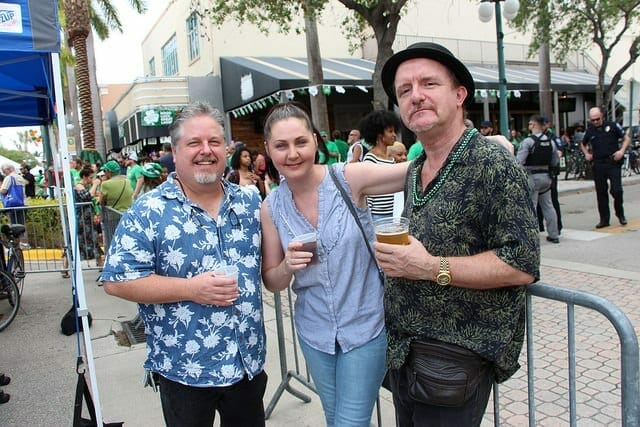 Ever been to a good, authentic Irish Pub? You’d know it if you had. Dark wood, soft lighting, dark humor, darker beer, bright smiles. You know the place right? Oh, also a good Irish Pub will almost always have an acoustic duo or trio in a corner playing a combination of foot-stompin, Celtic drinking songs, and cry me a river Irish ballads.

At The Field, on Griffin Road every Thursday, Friday and Saturday night a trio called “Celtic Bridge” takes the stage. And as I experienced last night, the regulars at THIS Irish Pub, love their string-band music. Man, do they!

Ade and John have a great stage presence, and it’s clear to anyone paying who is attention, that these guys LOVE the collaborative music-making process. For them, making music is not just a collaboration between musicians on the stage….but also a joint exercise in merry, melody making with the audience themselves.

And Roisin on Fiddle simply rocks. She’s played in string bands all around the world, and these days Hollywood is very fortunate to have her as the string shredder of the house band at our own local establishment. 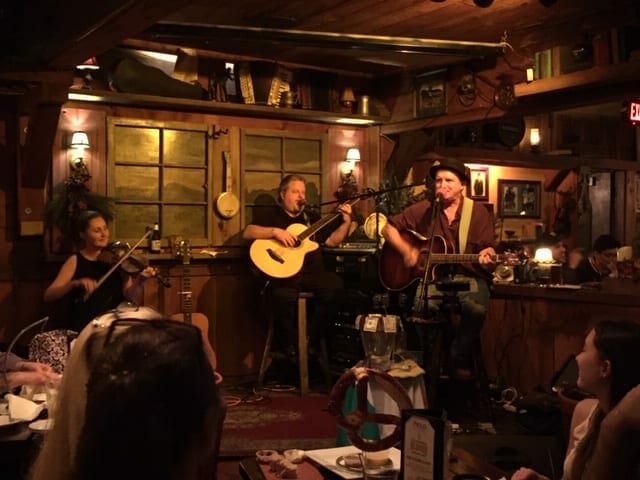 The band takes requests, cues the audience when to clap on certain songs, stomp their feet on others….or chime in with a line of a song such as “I think I’ll have a pint!” All of this interaction leads to a truly unique evening of entertainment. Playing live music requires a live audience if you know what I mean. Certainly, some kinds of music engage in different ways, but in a genre and setting which demand a true give and take with the audience, these guys didn’t let us down.

About halfway through the 2nd set, The fellow on the barstool next to me walked up to the stage and dropped a few bucks in the request jar. “Galloway Girl”, an old Irish ballad was the tune he wanted to hear. As the band plowed through this emotional melody, I looked his way through the corner of my eyes. I could see he was tearing up during the first chorus. Who doesn’t love a good cry?

This song was followed by foot stompers and hand clappers such as “Finnegan’s Way”, and “The 200-Year-Old Alcoholic.” These songs that I was previously unfamiliar with, now are on my list to look into further, and maybe even learn myself to have some fun on the guitar. The songs of the Irish are often poignant, often festive, and often humorous. Sometimes, all in the same title.
I can’t wait to dig deeper into original recordings by Ade and visit again with these guys. They make Hollywood proud. If you want to visit them check out facebook.com/celtic-bridge for more information. Another Guinness please barkeep!

Email Jeff@thesongteam.com if you have a local band you’d like us to check out!