CanadaFest for 2019 Moves To ArtsPark Weekend of Feb 8 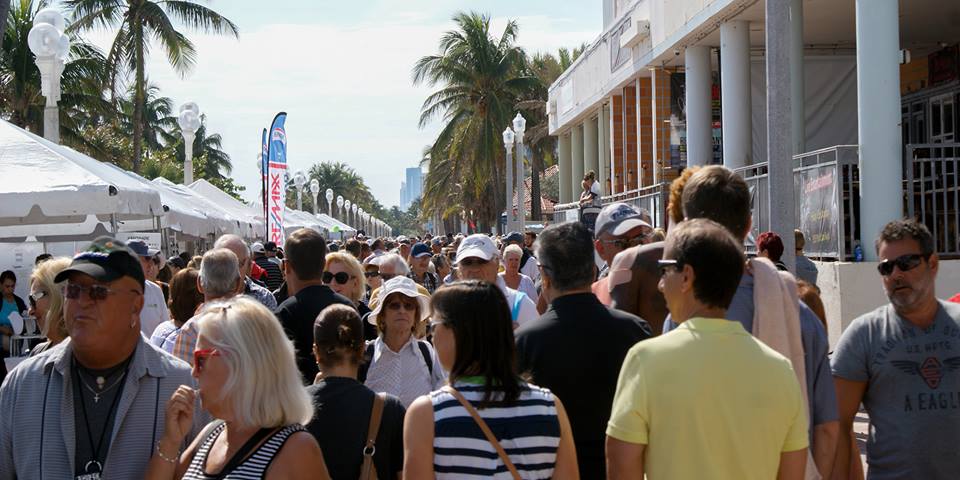 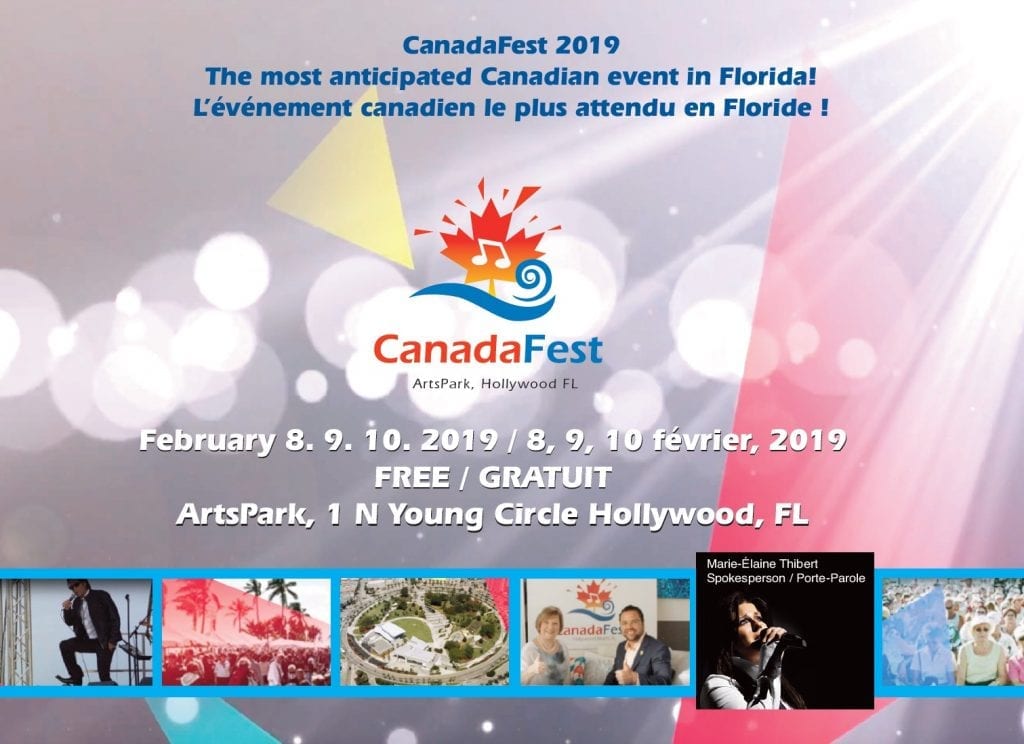 Previously held in January on the Hollywood Beach Broadwalk, this largest Canadian Festival outside Canada had two goals : First to inform French Canadians of the products and services offered to them in their language,  and second, to give an early-season introduction to the merchants in Hollywood Beach and Downtown Hollywood.

Organized by the French newspaper Le Soleil de la Floride, and under new management since last year, the event is now a bilingual and moved to the heart of the city of Hollywood!

On stage, 46 artists will perform throughout the weekend. Among them are internationally know pianist Richard Abel with his six musicians, Marie-Éaine Thibert, runner-up at Star Academy, the queens of country music Julie and Dani Daraiche, well know Canadian/Floridian jazz musician Manon Robert with her band, and a performance by Shine MSD students.

CanadaFest 2019 has organized various fundraisers to give back to the community. The chosen foundations this year are Enfant Soleil Foundation in Canada and Shine MSD, benefitting students of Marjory Stoneman Douglas High School.

One professional production, one major stage, a large video wall and plenty of fun! More than 80 kiosks of merchants…the greatest CanadaFest ever produced! CanadaFest is a Cultural 501 (3) non-profit organization. 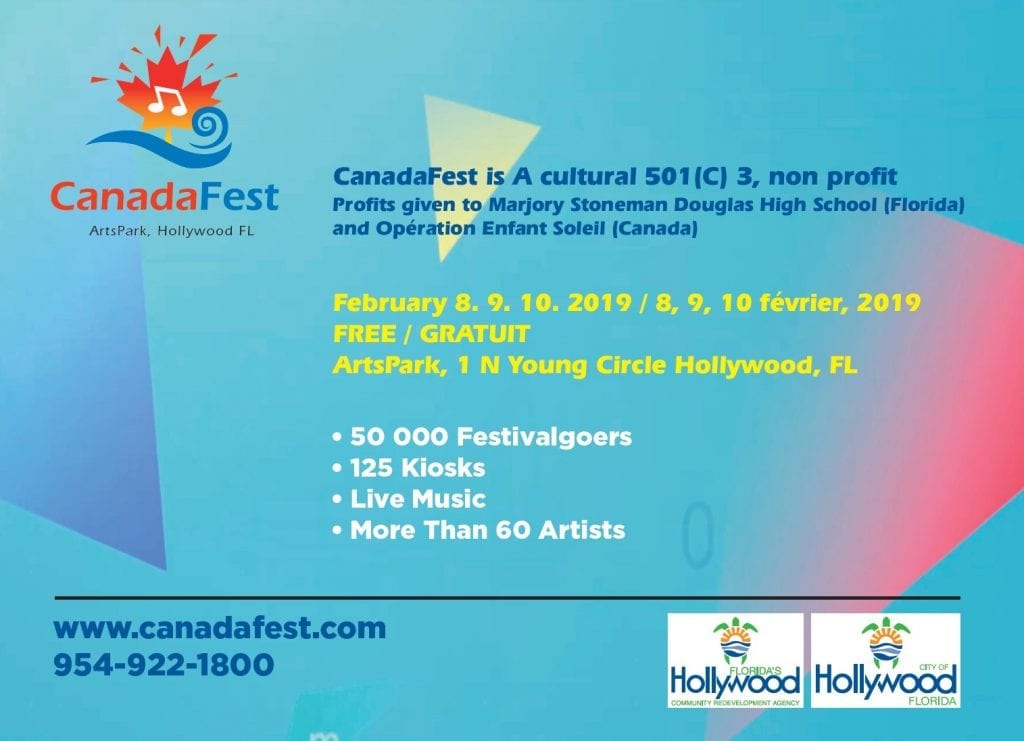