Gov. DeSantis Calls for a Grand Jury Investigation of the Broward School District 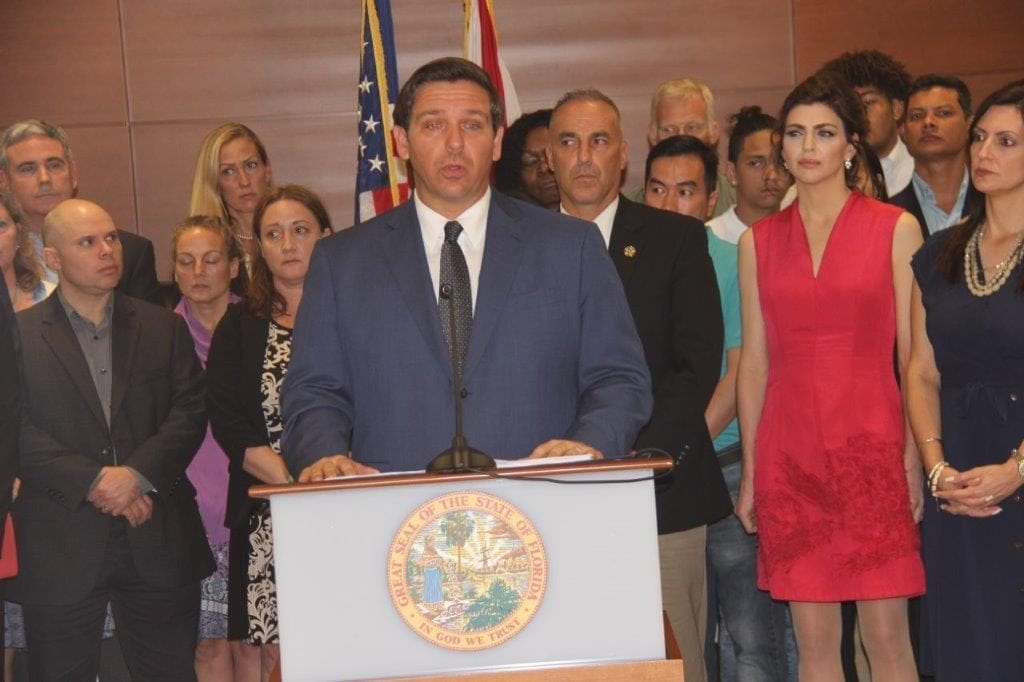 Governor Ron DeSantis visited the Broward County Courthouse the day before the one year anniversary of the mass shooting at Marjory Stoneman Douglas High School which took the lives of 17 people and injured about 17 others.

DeSantis called for more accountability and said that more needs to be done to prevent mass violence in the future. He called for a much more proactive approach to law enforcement rather than waiting for crimes to be committed before reacting.

DeSantis announced that he had filed a petition with the Florida Supreme Court to impanel a statewide grand jury to examine and review school safety measures throughout Florida as well as the responses of public entities to laws designed to protect schools such as the Marjory Stoneman Douglas High School Public Safety Act.

“What’s truly devasting is that the tragedy in Parkland was avoidable. As Governor, I have a moral obligation to protect the children in our state, which is why I have requested a statewide grand jury to investigate school safety practices and failures occurring around the state and to identify measures to improve the safety of our students,” said DeSantis.

There was some speculation that DeSantis would suspend some Broward School Board members, possibly those who have supported Runcie. DeSantis said he would not do so because the board members are elected officials and some were re-elected after the Parkland shooting. The elections were recent and DeSantis believed the voters’ decisions should be respected.

According to a statement by the Governor’s Office, the grand jury investigation will examine districts across the state. The grand jury will investigate any crime or wrong within Florida Statute § 905.34 that relates to the following:

After the Florida Supreme Court approves the Governor’s request, Chief Justice Charles Canady will designate a circuit judge to preside over the grand jury.

The presiding judge shall, by lot and at random, select and impanel the 18-member statewide grand jury from the jury lists of circuits he designates.

Because the grand jury’s investigation will reach issues connected to the shooting at Marjory Stoneman Douglas High School, the Governor has proposed the Seventeenth Judicial Circuit (Broward County) as the base operating area.