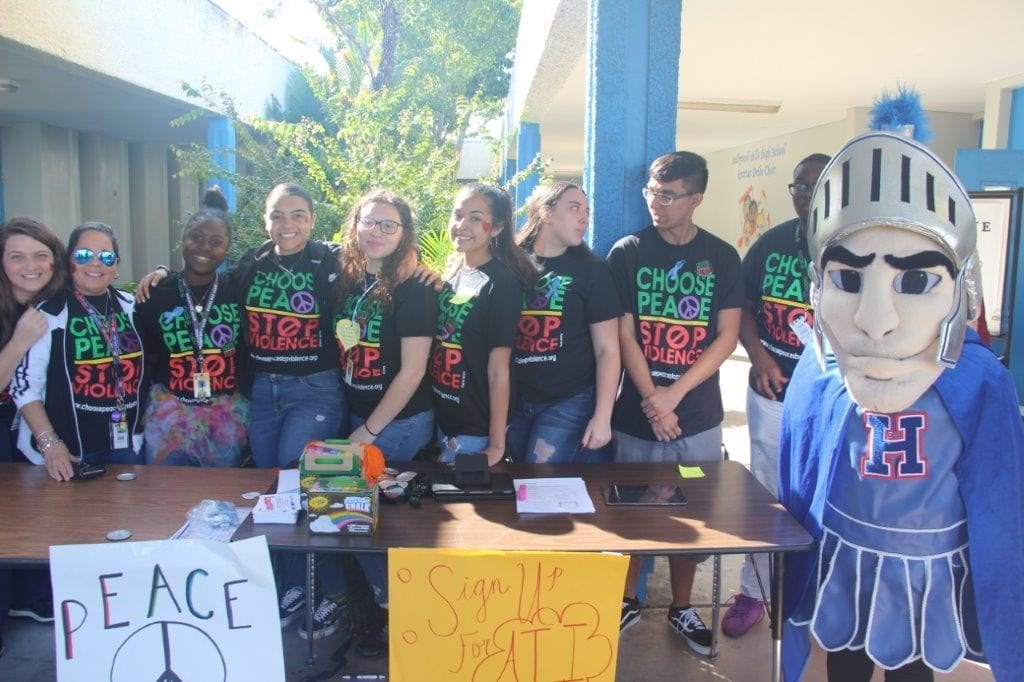 During the morning, students, faculty and administrators observed a moment silence and students were encouraged to share their feelings. They were encouraged to express themselves through art therapy and to give each other hugs. The idea was to promote love and compassion among everyone at Hollywood Hills High School.

“We are celebrating love and peace as we honor those who died and were injured at Marjory Stoneman Douglas High School,” said Erin Brown, an assistant principal at Hollywood Hills High School. “We want to give students an outlet to express themselves.”

During the day, many of the school’s service clubs came together to offer support to students. There was a strong emphasis on showing love to fellow students. Paper butterflies with the word “Hug Me” were distributed.

Aliyah Gomez, president of the Choose Peace Stop Violence Clubs said, “We want to promote open communication and compassion in the community. We want to put an end to violence.”

Aniyha Davis, vice president of Choose Peace Stop Violence said, “We want to have more positive feelings among people in the community. We want to stop bullying in schools.” 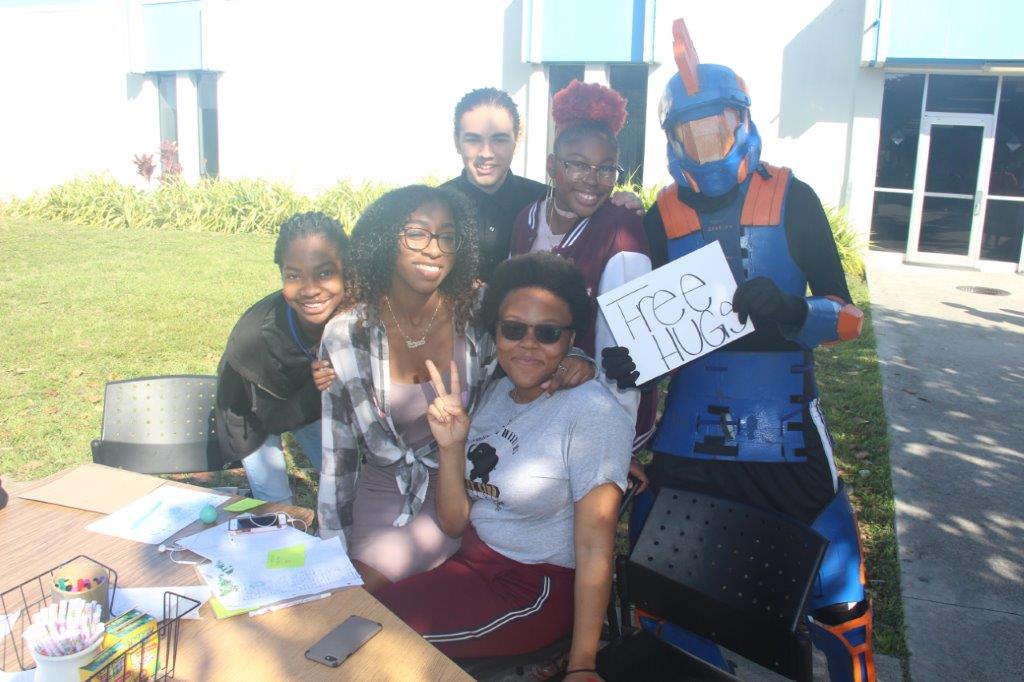 Carman Natal, the Club’s sponsor said she wants to encourage more positive and peaceful relationships among students at the school. “We are having a day of love and peace at Hollywood Hills High School,” she said.

Danielle Isree, president of the Hollywood Hills Key Club said, “People need to be loved and we were promoting love today.” 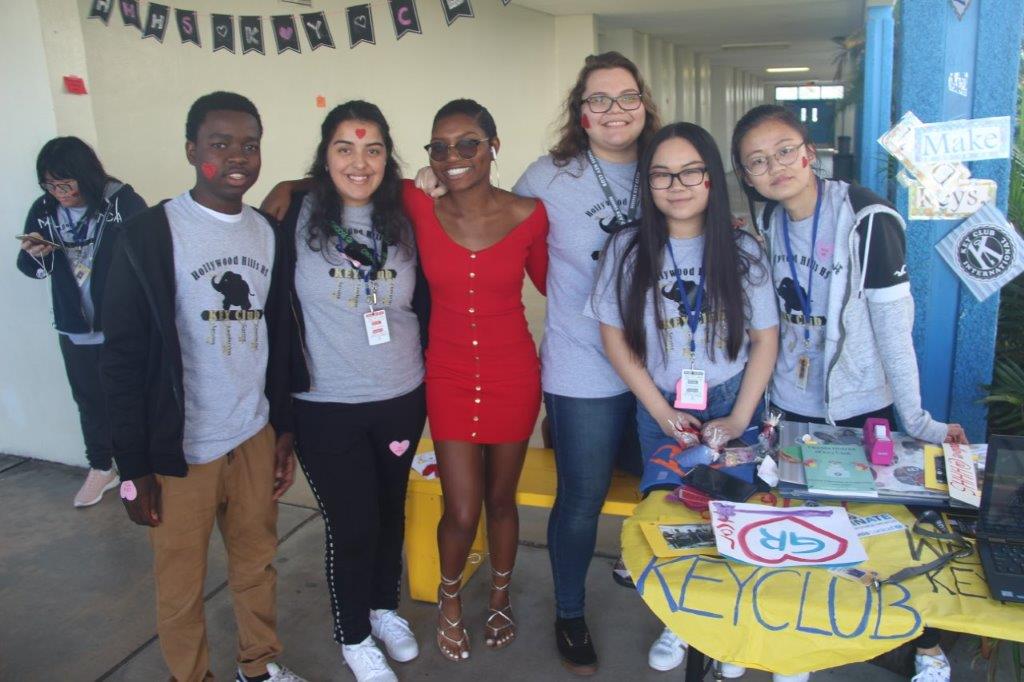 Lourdes Gonzalez, the principal of Hollywood Hills said she was glad to see students coming together to show unity and love.

The students enjoyed the event and there was a positive spirit among those who participated. 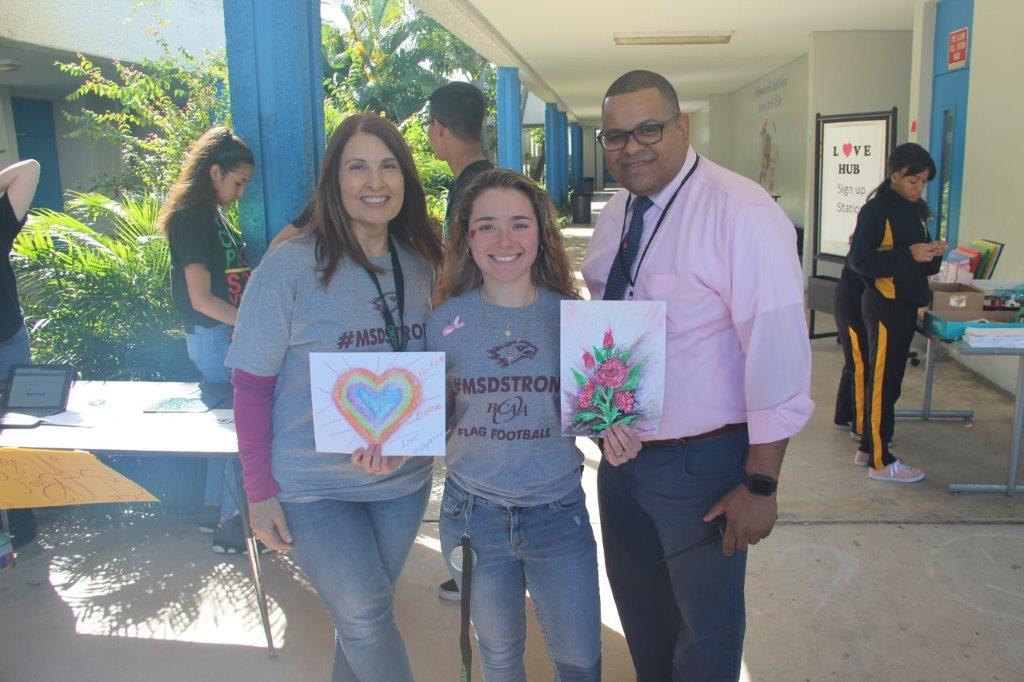 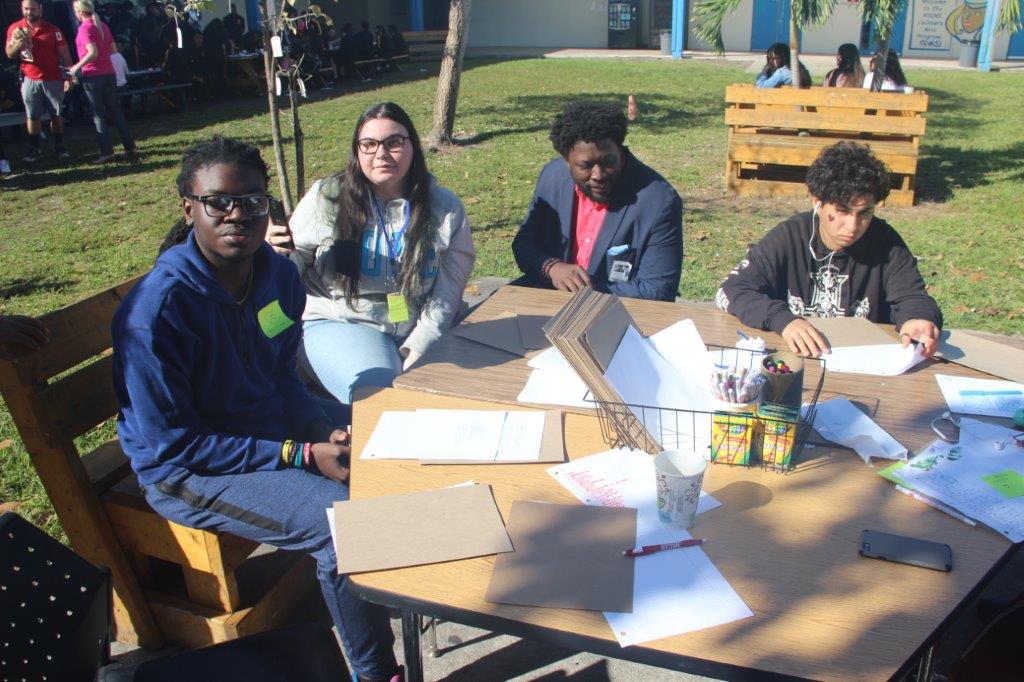