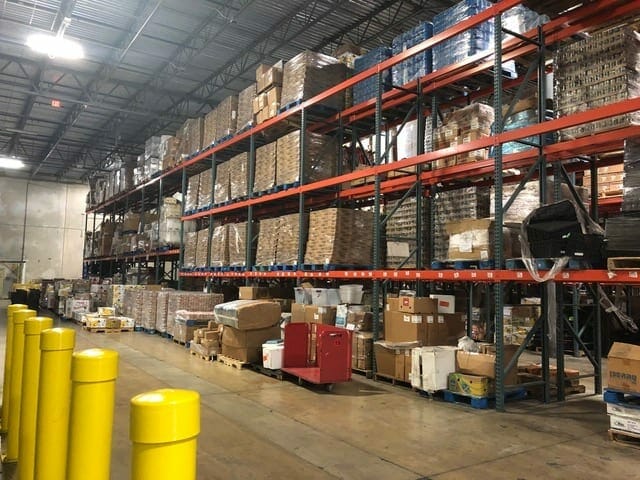 Almost a million people in South Florida go to bed every night unsure where their next meal is coming from. In Broward County alone, approximately 280,000 people go to bed hungry. Most of them are children and seniors.

The harrowing fact is that the majority of these numbers come from working class families.

Food-insecurity is defined as not knowing where your next week of meals is coming from. In South Florida, where three of the top four most populated counties in the state are stacked side by side (Miami/Dade, Broward, and Palm Beach), over 11 percent of the population fall into this category.

Fortunately, Feeding South Florida, a 501 (c)(3) non-profit organization and affiliate of the Feeding America network, is taking on the herculean task of doing exactly what their name says they do.

Through an extensive network of partnerships, including over 300 local non-profits, soup kitchens, food pantries, restaurants, retailers, food manufacturers and distributors, corporate partnerships,  volunteers, and private donors, Velez and his team are on a mission to end hunger in South Florida.

“And for us it’s not just about the food,” he continued. “There are other areas where we want to help.”

At Feeding South Florida, the overarching goal is to help the transition of the food-insecure population from dependency to self sufficiency. The organization not only provides food and access to benefit programs, such as food stamps and Medicare, but also delivers nutritional education, financial literacy education, and job training and preparation for joining the workforce. But first, Velez said, it’s important to educate the public about the situation.

“Less than 1 percent of those we serve are homeless,” explained Velez. “Unfortunately, there’s a lot of misinformation out there that it’s people who are not doing anything that are getting the benefits, but that’s just not the case. The majority of our clients are working families, children, and older adults, and it’s our business to solve some on their financial burdens through food.”

Feeding South Florida’s work takes a village. Each week, FSF picks up food donations from over 500 retailers and wholesalers. Food is sorted, weighed, cataloged, and loaded onto shelves in a 52,000 square foot distribution center manned by a mix of employees and volunteers. Data entry staff upload the available supply and the partner feeding agencies place their orders, which are packed and prepared for pickup and eventual distribution to the public.

Florida’s unique “Bill Emerson Good Samaritan” laws also allow for businesses such as restaurants and catering halls to donate leftover prepared foods, as long as they are donated in good faith and kept at safety-regulated temperatures throughout the donation and transfer process.

FSF participates with MealConnect (MealConnect.org), an app that allows donors to inform network agencies on available products and arrange for pickup.

The organization also provides meals for school children, including a “backpack program” that provides six full meals for weekends. FSF is currently transitioning to a full school pantry, where parents can come and shop for food and basic home goods.

“Summer is the hardest time,” he noted, “because the kids are not at school to get their meals.” He added that higher fuel costs and daycare responsibilities place an additional burden on low income parents, hindering their access to schools hosting the “Summer Break Spot”.

About a year ago, Feeding South Florida solidified and officially launched its Youth Ambassador Program, which has quickly become a vital part of its publicity and fundraising efforts.

“It started with kids asking their parents for extra food for their friends at school,” explained Velez, “and now it’s grown into a major initiative for kids from ages five and six up through college, going into the schools and raising awareness about the issue of hunger in our community.”

In May, the Youth Ambassadors hosted a Gallery Night event for its Feed Your Creativity Art Competition. The project aided student ambassadors in their efforts to inform fellow students about hunger and food accessibility. The winning entry will be used on some of the trucks used to pick up food from donor sites all around the four-county area, while runner-ups are being used in a variety of fund- and awareness-raising materials.  One, designed by a six-year-old, will even be animated for use with younger kids.

“It was a huge event for them, and the kids were so excited, sharing it with their schools, in a friendly competition with each other,” beamed Velez.

Other upcoming fundraiser events include the Outrun Hunger 5k races in Broward and Palm Beach, a partnership with Superbowl next year titled the “Taste of the NFL”, as well as ongoing personal and corporate outreach. In July, FSF will host a Summer Hunger Ends Here Community Breakfast at the Signature Grand, to recognize and appreciate all of their community volunteers.

Feeding America started in 1977 as St. Mary’s Food Bank in Arizona, the nation’s first food bank with a national office and official agreement. In its first year, it distributed 275,000 pounds of food to people in need. By the end of the year, affiliate food banks had been established in 18 cities across the country.

In 2008, the organization assumed the name Feeding America.

Today, Feeding America is the nation’s largest domestic hunger-relief organization, with 200 food banks across the country feeding over 46 million people.

When Velez joined the South Florida affiliate in 2012, it was serving about 28 million pounds of food across four counties.

“It was not as much as it should be for all the people in need,” he said. “This year, we will most likely hit 60 million. Although the economy is doing well, and the state raised the minimum wage, here in South Florida, many working-class families still cannot make ends meet, and actually need more assistance than before.”

IT’S NOT JUST ABOUT THE FOOD

Assistance at Feeding South Florida is not just about putting food into bellies. Financial literacy, cooking and nutrition, job training, resume building, and interview skills are all on the agenda in the other 20,000 square feet of the massive headquarters.
“We have folks that are coming in to help us, using our assets to serve the community,” Velez said proudly. “We want to help our people become more marketable in the workplace. We’re working with the school districts, adult education and various private and public resources to train people to get them higher paying jobs, but we don’t want them to get these jobs and then find themselves in the same situation.

“We call it the Kitchen Table, where people can come in and talk about anything. We want to help them use the resources they currently have and show them how to extend their benefits and offset some of their costs and maybe even learn to save a little.”

A LIFETIME OF SERVICE

Texas native Francisco “Paco” Velez joined Feeding South Florida in 2012 as President and CEO, after working at the San Antonio Food Bank for 12 years, first as Director of Services and then as Executive VP.

“I like solving problems and puzzles and things like that”, he said with a smile, “and that’s where this piece comes in!”

He holds a Certification in Non-Profit Management from the University of Texas in San Antonio, Texas, and a Bachelor of Science in Biology from Baylor University in Waco, Texas.

Since his arrival at FSF, Velez not only increased the number of pounds of food distributed across his territory, but also overall funding.

He was recently named President of the Department of Agriculture and Consumer Service’s Living Healthy in Florida advisory board, by Commissioner Nikki Fried. Velez is also the past secretary for Feeding Florida and is currently on the board, while also serving on the board of the Emergency Food and Shelter Program with the United Way of Miami-Dade.

The statistics relating to hunger right here in Broward County are staggering.

“Over 280,000 people right here in Broward County are going to bed hungry every night, and it’s a direct result of the policies we’ve put in place here,” he asserted.

“We want to help as much as we possibly can in some of these areas. With our partner agencies at the local and state levels, and with Feeding America at the federal level, we are always looking at how we can help be part of the solution.”

Feeding South Florida continues to feed the masses, while trying to avoid unhealthy donations as much as possible. They provide classes on nutrition and train people to become more marketable in the workforce. In attempt to upend the vicious cycles of poverty, the organization also focuses on financial education to help community members balance their income expenditures. They’re becoming “a bit more proactive now on the housing side as well,” according to Velez.

“Our system is antiquated and it’s not helping, but first, we have to stop the bleeding,” he said. “Then, we can figure out how to fix the rest.

“Because when all the families succeed, the community succeeds. That’s what I brought with me from San Antonio, and that’s what we’re working to achieve here.”

For more information on working, volunteering, donating, or otherwise being a part of Feeding South Florida, or if you are in need of food or other assistance, please visit https://feedingsouthflorida.org or contact Sibyl Brown at (954)518-1818 or [email protected]