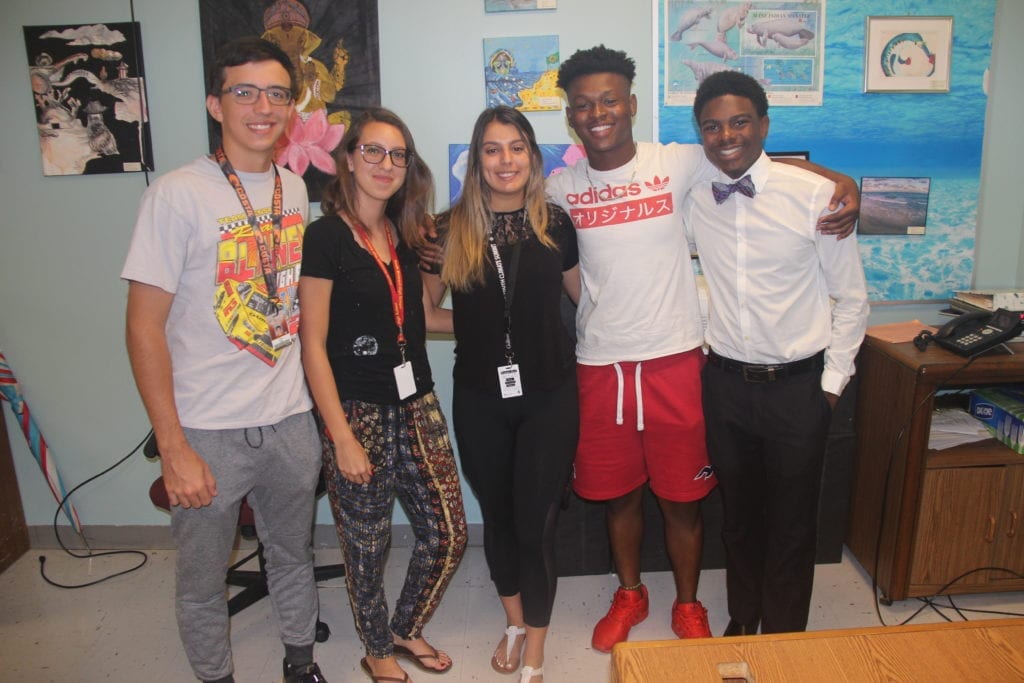 High School is almost over for South Broward High School’s seniors and many students will be able to look back at achieved success in academics and other activities. These are some of the seniors who played a leadership role in the school.

Ashkar Victor was president of the Chinese Honor Society and spent about 15 days in China over the past summer. He studied Chinese for four years and learned about the people and culture of China. He is one of the top students academically at South Broward and was a member of the Math and English Honor Societies. He was also active in Plastic Free Mermaids.

As president of the Chinese Honor Society, Victor put on shows and performances on Chinese culture. “I enjoyed visiting China and spending time with the people there. We visited Beijing and Harbin. I love science and I am looking forward to college,” said Victor.

Victor will attend the University of Florida in the fall where he plans to study aerospace engineering. He has received a Bright Futures Scholarship.

Jacquelyn Noval is the co-founder of the Coral Club and the co-president of the Math Honor Society, a member of the English Honor Society and a member of National Honor Society. She will go to Florida State and study Environmental Science. “I enjoyed snorkeling with the Coral Restoration Foundation. I believe it is important to preserve the coral reefs,” she said.

Jade Knight is the president of Interact and the treasurer of the Film and Media Honor Society. She also participated in the Student Government Association and was a member of the Math Honor Society. She participated in the 14 hour math competition. She will attend Florida State University and study Environmental Science. “As the president of Interact I enjoyed bringing various student organizations together to work on a garden project. I also enjoy studying math,” she said.

John Hall was the co-captain of the baseball team. A very talented pitcher, he finished the season with a 6-2 record. Next year he’ll play on the Massachusetts Maritime Academy baseball team and pursue a degree in maritime engineering. He was a member of the Math Honor Society. He will playing in some all star baseball games. “I love baseball and I’ve focused on the game of baseball during my high school years,” he said.

Jeremiah Thomas was president of the Ebony Multi-Cultural Club. He was first vice president of the Math Honor Society and a member of Interact. “I was asked to redevelop the Ebony Club and loved doing it. We organized a presentation on the African Diaspora,” he said.

Thomas was also active in Internet and helped work on the garden project. He has a real passion for cooking and was won recognition for his culinary talent. Next fall, he will spend a semester at the University of Central Florida and then he plans to relocate to Italy to pursue a career as a chef.