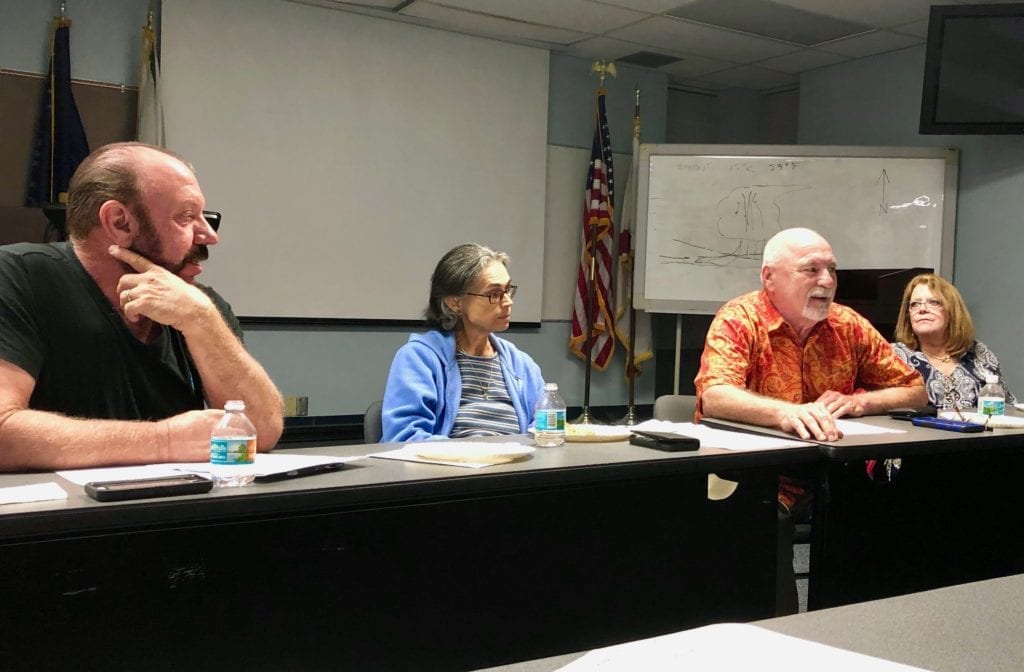 “We’re a small association but we pack a lot of power,” said Tom Lander, president of the Park East Civic Association.  “In fact, we were the first to come up with the idea of a GO bond, even before the city proposed it!”

For such a small association, Park East Civic Association encompasses pretty much the heart of the city, from Sheridan Street to Pembroke Road and from I-95 to Park Road.  But even more interesting, this small but mighty association was actually the driving force behind the recently-passed GO bond.  And it all started because of the Orangebrook Golf & Country Club, one of the three city owned golf courses, and the only one that lies in this association’s boundaries.

“It is a David and Goliath story about community activists fighting developers trying to take away one of our last remaining open green spaces,” said Claire Garrett, Special Assistant of the Association, and Chair of the Orangebrook Revitalization Committee.  “Orangebrook is a Hollywood treasure that should be preserved for future generations. It is historic. Plus there is an environmental imperative to maintain our open green spaces, for resilience to climate change.”

While the Park East Civic Association fought against development on Orangebrook for many years, they eventually realized that the City was in a tough position, since Orangebrook was no longer economically sustainable, explained Garrett.  Developers saw Orangebrook as an easy target as it was overdue for costly renovations that the City could not afford with regular tax revenue.

By late 2016,  it became clear to the Committee that if there was any chance to save Orangebrook from development and preserve its open space, they needed to come up with a practical vision for Orangebrook. The plan would need to address the dual problems of economic and environmental sustainability and would need to appeal to a broad base of voters in the city of Hollywood.  They began talking to the community and told the City that they intended to identify a viable solution.

So they hired a top golf course designer and created a concept design, said Garrett. Now they had a vision.

“And we took it to city meetings to lobby and we took it around for public display to discuss and raise awareness.”

With public opinion now leaning toward renovation of the course, the city approved the plan and utilized a bond to pay for it.

“But the first iteration of the bond didn’t have Orangebrook on it!” interjected Lander.

Back to the drawing board.

“We started a petition drive and hand delivered 1,200 signed Petition Cards to the Mayor and City Commissioners, asking them to add Orangebrook renovations to the GO Bond referendum,” Garrett continued.

“With the Petition Cards, at public meetings and in one-on-one meetings that we scheduled with the Mayor and Commissioners, the people spoke and the City was willing to listen to our ideas.

“We invited the Mayor, Commissioners and City staff on a field trip to see Plantation Preserve Golf Course —  that was our role model.  We knew that a picture is worth a thousand words, and we knew they needed to see it and fall in love with it. That day turned the tide. They liked what they saw and could finally imagine an economically sustainable future for Orangebrook. That’s the day that we got Orangebrook added to the bond.”

The Park East Civic Association pledged to lead the citizen’s campaign to get the GO Bond passed if the city added Orangebrook Revitalization to the list of projects that would be funded with the bond. When the city finally added Orangebrook to the list, they made good on that promise and worked their hearts out to help pass the bond.

“The other thing we did was coalition-building — actively work on building a coalition with the other Hollywood Civic Associations, setting up meetings expressly for the purpose of moving the bond forward,”  Lander recalled. “The City can educate, but they cannot advocate for or against the bonds. That is where we played a supporting role.”

The GO Bond, with Orangebook as one of the central tenets, passed.

As one may guess, the June meeting of the Park East Civic Association focused more on the bigger issues than those affecting just the Park East area.

The small but mighty group was visited by Marie Woodson, who has declared her candidacy for the Florida House of Representatives seat soon being vacated by Shevrin D. Jones, representing the 101st District, which includes a large portion of southeastern Broward County.  Woodson’s intro was followed by an update from Jones’ Legislative Assistant, Jessica Garafola.

Among the topics of discussion that followed were public and private partnerships, Dowdy Field and the Armory, work at Chuck Vollman Park, Air BnB licensing and rules, parking issues, and distribution of GO Bond funds into low-income areas.

Now that Orangebrook is on track for a complete renovation with Bond funding, the Park East Association has returned its focus to restoring the long-neglected Stanley Goldman Memorial Park, located just west of I-95 between Johnson and Hollywood.  Park East Co-Chair Sean Atkinson is taking the lead on this project, doggedly following up with the city to refocus their attention on improving the park and supporting the volunteers engaged in its restoration efforts.

Lander added, “We may be a small civic association, but we mean business and we get the job done to better the community that we love, whatever it takes.”

“We are a textbook example of how a small group of citizens with a vision can successfully influence civic policy to improve their community,” concluded Garrett.