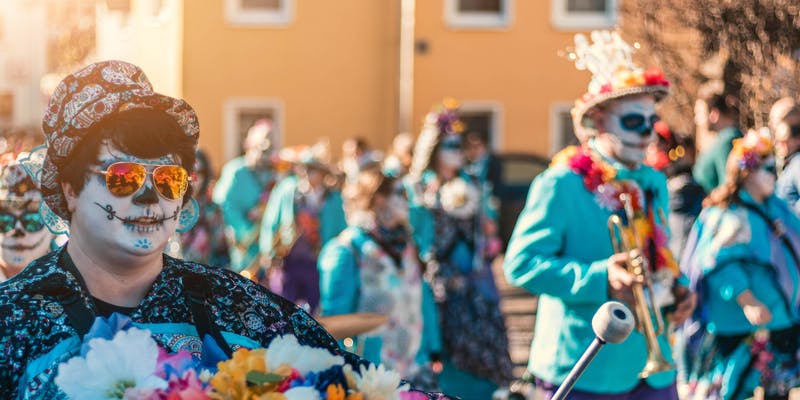 Downtown Hollywood will once again host a Mardi Gras Celebration with a festival and parade on February 23, 2020 from 1 to 7 p.m..

The festival will feature live music, a king and queen costume contest, plenty of great food and drinks, and street vendors. The parade will have krewes, marching bands, and endless beads.

From 1935 to 1967, and then again from 1995 to the early 2000’s, Hollywood was the Mardi Gras celebration destination for locals and visitors alike, with tens of thousands participating in the festivities. Local business owners, Phil Marrow, Kate Reed, Mark Rowe, and Don and Wendy Weimer are producing the event, in conjunction with the support of downtown businesses and many local community organizations.

“For Decades, the original Fiesta Tropicale was a huge event in Hollywood, seeing 100,000 celebrants in its final year, 1967” stated Don Weimer of AR Workshop Hollywood.

“Revived in the late 90’s through the early 2000’s as Fiesta Tropicale South Florida Mardi Gras, the celebration again drew tens of thousands over the multi-day event” Weimer continued. “Downtown Hollywood is going through a renaissance, with a cool artisan vibe, and many new businesses. There is no better time than now to bring back Mardi Gras. Let the good times roll.”

Phil Marrow and Kate Reed from 66 Productions, the primary promoter of the event, had this to share:

Reed stated, “We are thrilled to work with Mark, Don, Wendy, and other businesses to bring Mardi Gras Downtown Hollywood to life. The Festival and Parade will be a free event, featuring live music, activities for kids, a crawfish boil, king cakes, street vendors, costume contests, plenty of food and drinks, and of course beads and doubloons.”

“I am a life-long resident of Hollywood, and both Kate and I are committed to making this the best Mardi Gras Celebration East of New Orleans,” Marrow added. “We will be offering VIP experiences, a unique Passport Program, and a series of weekly parties leading up to the big day”.

Mark Rowe, owner of Micky Byrne’s Iris Pub in Downtown, said, “I am part of the New Hibernians of Hollywood, a non-profit dedicated to growing Downtown. We sponsor Hollyweird, our annual Halloween celebration, and of course the St. Patrick’s Day Parade. Being a part of Mardi Gras Downtown Hollywood is a perfect fit.”

“This will ultimately be the biggest event in Downtown,” Rowe concluded.

For updates on participants, Krewe Registration, VIP ticketing and more go to https://www.hollywoodflmardigras.com/ or https://www.facebook.com/hollywoodmardigras/