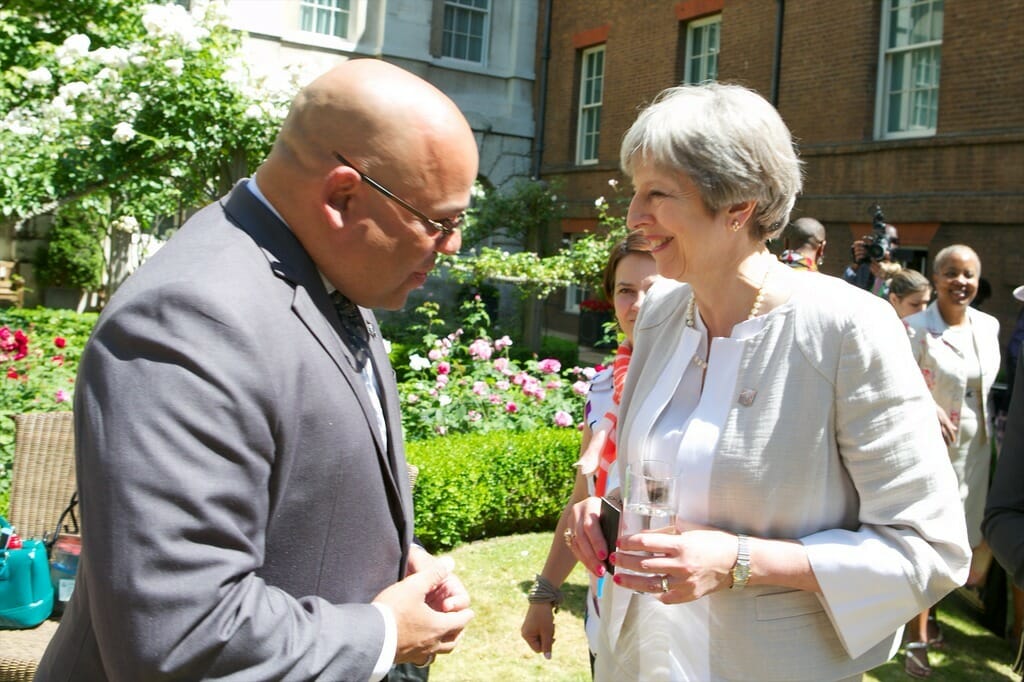 Known for his dynamic preaching, the London-born, Barbados-raised minister was welcomed by the Rt. Rev. Peter Eaton, Bishop of Southeast Florida, at an installation service on 23 June 2019. Bishop Peter, who shares British-Barbadian links, considers Hewitt to be a “valued addition to the Diocese and Caribbean diaspora in Florida.”

In 2018, Hewitt received international recognition and acclaim for his use of unconventional diplomatic tactics to bring the UK government to the negotiating table over the Windrush Scandal.

The Scandal involved the wrongful destitution, detention, and deportation of long-term, Caribbean- born, residents in Britain.

The former ambassador’s engagement on the Windrush Scandal included collaboration with civil society, politicians and the media, and also involved direct discussions with former British Prime Minister Theresa May and with Prime Minister Boris Johnson, in his then role of Foreign Secretary.

Described by the Harvard-trained, UK lawyer and politician, David Lammy MP as a ‘national day of shame’, the Scandal caused the resignation of Amber Rudd as homeland affairs secretary. The first and youngest, London-born Ambassador, Hewitt’s public sector career included assignments with the Caribbean Community (CARICOM), the Commonwealth of Nations, and the University of the West Indies.

Ambassador Hewitt trained for the priesthood in London and, 15 years ago, was ordained in Barbados but never before held a full-time parish assignment. Fr. Guy considers his appointment to St James to be the ‘fulfilment’ of a “lifelong calling to serve God and His people.” He lists his priorities as “youth ministry, community mobilisation, and social justice outreach to the needy and marginalised.”

On the top-10 list of the most visited Caribbean destinations, Barbados is best known as the home of the multitalented, phenomenon Rihanna. In 2012, in his role as Chairman of the Queen Elizabeth Hospital in Barbados, Hewitt collaborated with Rihanna’s Clara Lionel Foundation on their inaugural project, the Clara Braithwaite Center for Oncology and Nuclear Medicine at the hospital.