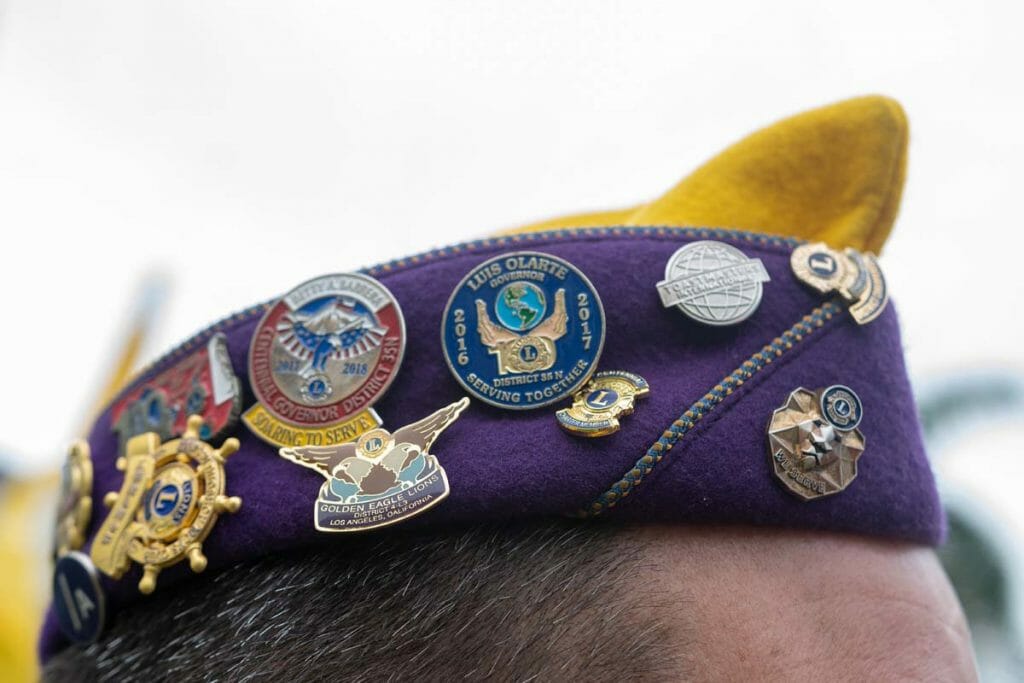 What are lions doing in the City of Hollywood? They are not eating all of our livestock that is for sure.

These lions are unleashed, and they do roar, but they represent a different kind of power.

The Lions Club of Hollywood is a group of businessmen and women from throughout Hollywood who come together once or twice a month for community service and regular meetings.

They ask members to give one of three things: time, expertise, or money.

The Hollywood Gazette met with Richard Aube, former president of the Hollywood Lion’s Club, and Asaf “Ace” Mengelgrein. Both men own local businesses, but they also understand the value of community service.

The Lion’s Club is an international organization founded in 1917 by Melvin Jones. It is a charitable organization.

Why are they called The Lions Club: because lions are the “king of the jungle.”

There are Lion’s Club chapters all over the world – numbering more than 200 – with a total world wide membership around 1.5 million. In fact, some of the international groups have membership fees as high as $10,000 per year.

Half of that goes to the local chapter for event costs; while the other half goes to the international Lions Club office where they pool all of the membership fees together to send money and resources where it is needed around the world.

The Hollywood Chapter, which is club number 65 within District 35 of Zone 5 of the Lions Club organizational structure, is only 2 and a half years old. There was another Lions Club in Hollywood’s past, but due to the fact that most of their members were retired businessmen, membership dropped down to unfeasible levels and the chapter just stopped operating.

According to Mengelgrein, the Lion’s Club came back because of a meeting between him and Aube one cool evening around Halloween time. After that meeting, Mengelgrein became the club’s first Vice-President while Aube became the chapter’s first president.

Today, the chapter boasts about 40 members, including Mayor Josh Levy, and City Commissioners Caryl S. Shuham and Kevin D. Biederman. In addition to other well-known and established Hollywood business owners.

The Hollywood Lions Club meets twice a month: Once, on the second Wednesday of every month, at the Hollywood Jaycee Hall, 2930 Hollywood Blvd, from 6:30-8:00 for their monthly meeting – dinner is provided for $10, free if it is your first time.

And for the second meeting, they go to a different location each month for a social event. For the Month of September, the Lions Club will be meeting to clean up the four street perimeter of the Hollywood Beach Golf Club (1600 Johnson St). They do this annual event because they adopted the perimeter streets and local laws require them to do yearly maintenance.

The Hollywood Gazette has also posted their future events on our website.