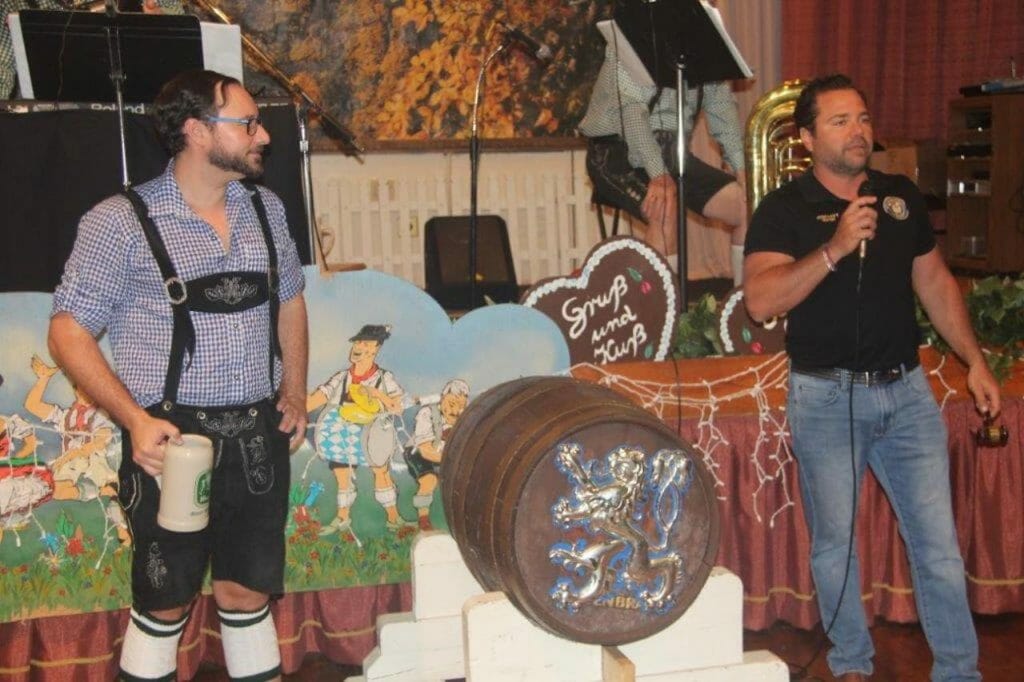 It is Oktoberfest season. The German American Society of Hollywood recently held its first of three Oktoberfest events.

There was plenty of German beer. Also, you could get an authentic German meal.

People of all ages enjoyed dancing and socializing together. The Auerhahn Schuplattlers, also known as shoe slappers, gave a performance.

There was also live musical entertainment.

Early in the evening, Mayor Josh Levy and Michael Haas, president of the German American Society of Hollywood, untapped the keg to officially start the festivities.

Haas was pleased to see people coming together to have a good time.

Heather Stack was serving as a bar tender. “This is a great event. Oktoberfest is a celebration of life,” she said.

“I come every year. I like the music, dancing, food and beer. It is all very good,” John Wysocki said.

Nancy Allen also enjoys going to the Oktoberfest. “I like the dancing, especially the chicken dance and the beer. It is a lot of fun,” Allen said.