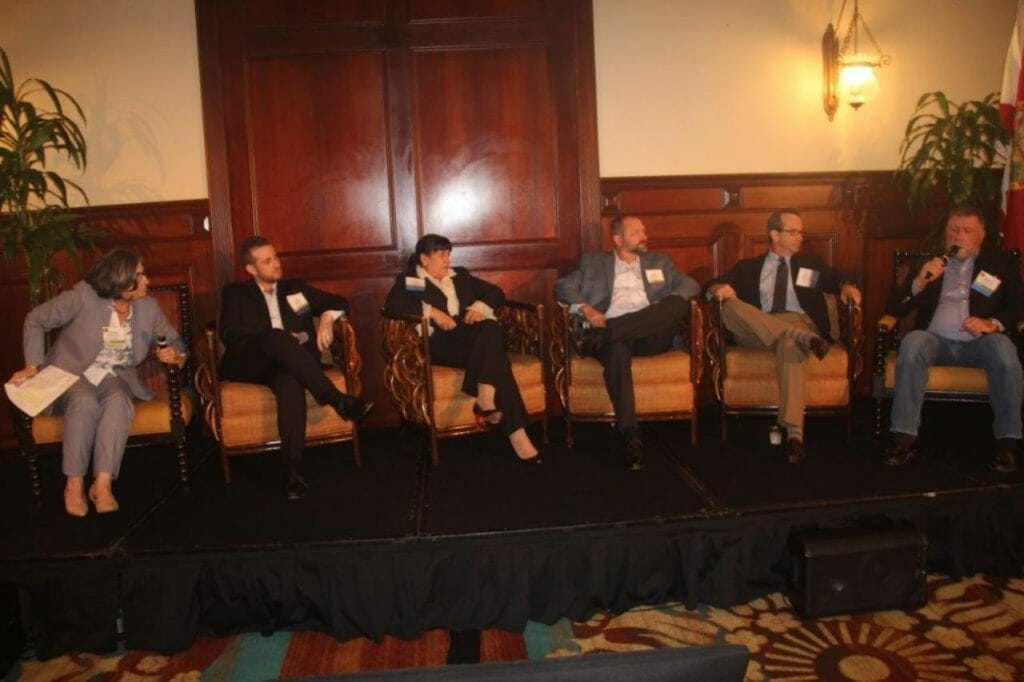 The Greater Hollywood Chamber of Commerce held its Development and Investment Forum at the Marriott Hollywood Beach. Many of the city’s business and community leaders attended and participated in the event.

It was an opportunity to gain insights on business and economic development. Group discussions included the Changing Face of Hollywood which included Dr. Wazir Ishmael, city manager of Hollywood. It was moderated by Jorge Camejo, executive director of the Hollywood Community Redevelopment Agency (CRA).

Another discussion was known as the Developers Perspective, which include major local developers such as Chip Abele, chairman and CEO of Gold Coast Florida Regional Center.

Points made in the Changing Face of Hollywood included the fact that there is transformation taking place in Hollywood as many people seek homes and business opportunities in the city. Many people are leaving states that have high income taxes. They are not just looking to enjoy the beaches or take a vacation, they want to pursue careers, open businesses, establish families and build lives in Hollywood.

“There is a belief that this is our time,” Ishmael said. “We need more high paying jobs.”

Also, some people have complained about the lack of parking in the downtown and coastal areas. There is a need for more affordable housing. The neighborhoods need to be walkable and fun places to live.

The developers spoke about the need for more office space, more public transportation and more public/private partnerships. Some of the public housing needs to be replaced. There needs to be more affordable housing for working professionals such as teachers and police officers.

Overall the tone of the meeting was optimistic. Participants believes the city has a lot to offer and the business and city leaders need to seize the opportunities that are now opening up.