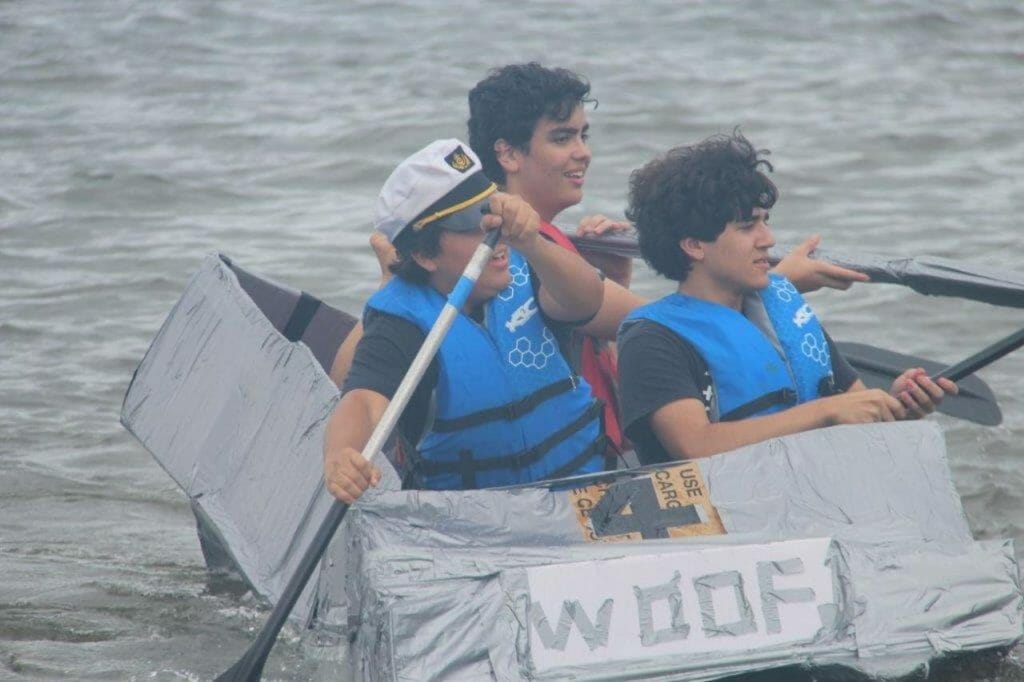 Hollywood held the annual Cardboard Boat Race at the Hollywood Marina. The event was very successful, and 50 teams signed up and 45 participated, the largest turnout ever.

Team members paddled their boats a short distance in front of the boat ramps. Many of the teams were made up of family and friends or civic organizations and school groups.

Mike Wharton, of the City of Hollywood said, “This was our largest participation ever. This is  very popular city event and people just love it.”

Mayor Josh Levy also liked the Cardboard Boat Race. His daughter participated. “We had a record number of participants. It was good to see so many people from the community getting together to participate in this event,” said Levy.

Vidal Salazar of the team Woof said, “This was a lot of fun. We enjoyed building the boat in the morning and participating in the race.”

Imanol Lopez of the team Penguins said, “This race was a lot of fun and I loved being a part of it.”

Emma Kavanaugh of St. Thomas Aquinas High School Surfriders Foundation liked being a part of the race. The Foundation brought a large group. “This was a lot of fun,” she said.

These are the winners of the cardboard boat race. One additional area of competition was known as Last Boats Sailing. In the past, fewer cardboard boats survived long. But this year, many of the boats were well crafted and so 16 never fell apart.

Most Spectacular Sinking: The G-Raft

Out of 45 boats that entered, 16 stayed afloat until the end and were the Last Boats Sailing.