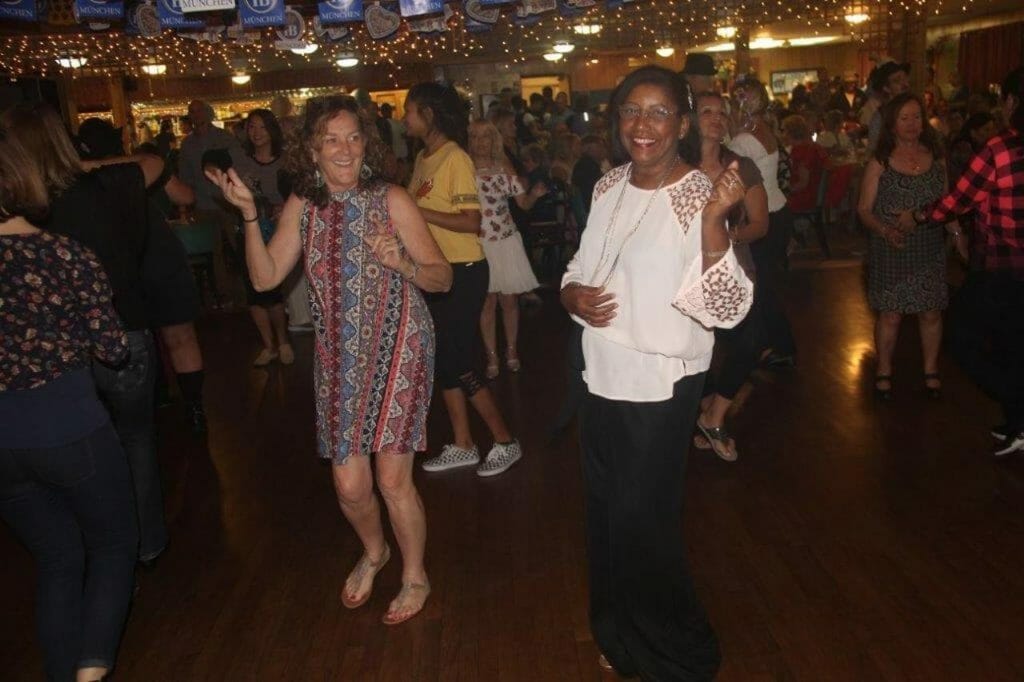 The German-American Society of Greater Hollywood has earned a reputation for holding fun and exciting Oktoberfest celebrations. There is plenty of German style party music, dancing, and hearty German food.

And off course, there is German beer.

But just as important, there is a genuine sense of camaraderie and fun among the members and guests. At every Oktoberfest, people of all ages get together, dance, and share a meal.

The German-American Society developed in the early 1960s and has offered a German cultural community ever since. The members work hard to maintain their clubhouse and put on enjoyable events.

Curt Rodenberg, a member, has loved being a part of the club and hopes to continue seeing it develop. “This was fantastic,” Rodenberg said. “We had a lot of good food, beer and music. This is like an old traditional beer hall in Munich. We have three Oktoberfests a year and we have other events throughout the year.”

Like many civic and community organizations, the German-American Society has faced challenges. The leadership wants to encourage young people to join and take on leadership roles. The goal is to make younger people feel welcome and at home.

Kurt Freiter, who has been president of a German American Club in Lantana, wants to see more younger people become involved.

“I want to bring young people here and show them how much fun they can have,” Freiter said. “Rather than just focusing on social media, I want them to come here and have a good time.”

Also, Freiter has worked to bring other cultural organizations to the German-American Society.

Many of the longtime members consider the society clubhouse a second home.

Jane Matthiesen, a long time member, said that there is plenty of dancing and good food.

Denise Wissman, a member, said that when she came to the area from Milwaukee, she found the Society a pleasant place to be. “It reminded me of home. We have so much fun together.”