Hollywood History: The Heroes and the History of Liberia and “Danie” 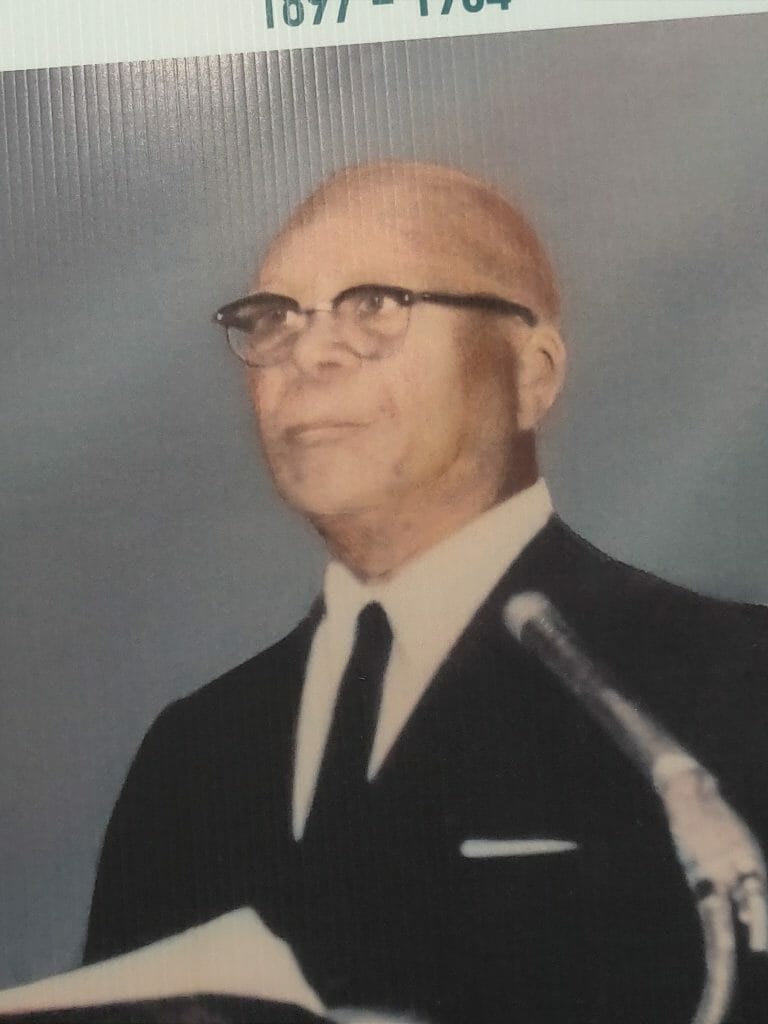 Attucks Middle School, formerly Attucks High School, and the Crispus Commons Homes, all in Liberia, were named after freedom fighter Crispus Attucks.  Attucks, an American stevedore of African and Native American descent, is widely regarded as the first person killed in the Boston Massacre and thus the first American killed in the American Revolution.

Although historians disagree on whether he was a free man or an escaped slave, Attucks became an icon of the anti-slavery movement in the mid-19th century, and he remains an important figure in African-American history for playing a heroic role in the history of the United States.

When it was a high school, Attucks, which is still located at 3500 North 22 Avenue in Liberia, was the epicenter for black education in South Broward, said Emmanuel George, a local filmmaker, amateur historian and self-described ‘cultural activist’ determined to make sure that Liberia’s rich history does not fade away.

His 2018 documentary, “Dania Beach and Liberia: A Tale of Sibling Communities,” explores the cultural and social scenes in Dania Beach and the historically black neighborhood of Liberia in Hollywood in the late 1940s and early ‘50s. And George’s current project, even more ambitious, is to establish the J.A. Ely Historical Museum in Liberia, in which he intends to house a collection of pictures and artifacts honoring J.A. Ely, Attucks High School, Liberia, Danie (NW Dania in local parlance), NW Hallandale and Carver Ranches, as well as space for art exhibits, community workshops and more.

The school named for the freedom fighter was founded in the early 1900s in Dania, with just 9 students getting their education at Saint Ruth Missionary Baptist Church in Dania.  In 1914, black South Florida pioneers and carpenters Isadore Mizell and Joseph Sidney used their carpentry skills to build the “Dania School for Coloreds”, and in 1925, Broward county built the “Dania-Liberia School of Education” at the current Hollywood location.   In 1960, a gymnasium, cafeteria and library were added. The school emphasized physical education, home economics, industrial arts, agriculture, and more, in addition to its academic curriculum.

The principal of Attucks High School principal was Joseph A. Ely. Ely was a graduate of Florida Normal Baptist Institute in Live Oak, Florida (today Florida Memorial University), Morehouse College and Columbia University and is reported to have spoken at least seven languages.

At first, Attucks was a K-11th grade school, and students who wanted to finish high school had to go to Dillard in Lauderdale or all the way to Booker T. Washington in Overtown. In 1952, Attucks added a grade and was able to graduate its first class.

Ely had been the first black principal in Broward County History,  at Dillard High School, in Fort Lauderdale, named after James Hardy Dillard, also known as J. H. Dillard, an educator from Virginia, the son of slaveholders and an early promoter of racial harmony. Ely served at Attucks from the early 1930s until his retirement in the early 1960s. To many students, he was considered very strict, and was adamant about students continuing their education after high school so that they could make something out of themselves, said George.

J.A. Ely was married to Blanche General Ely, who held multiple bachelors and masters degrees and was principal of what was then called the “Pompano Colored School.”   Together, the Elys sponsored the first federally-funded lunch program in Broward County.

Mr. & Mrs. Ely are considered the parents of black education in Broward County. They are buried together in Forest Lawn Memorial Gardens North, Pompano Beach, Florida.

A high school in Pompano is now named in Mrs. Ely’s honor, and when J.A. Ely passed away in 1984 at the age of 87 years old, the city of Dania Beach changed the name of  SW 12th Avenue to J.A. Ely Boulevard.

Today, Attucks Middle is a communications and broadcast arts magnet school that boasts the newest technology, and students who know how to use it. Kids produce a newspaper in print and online; a daily television show; print and video yearbooks; websites and graphic design products. Among its noted alumni members are Bobbie Grace, the first black woman to be elected mayor of Dania Beach;  Former Dania Beach commissioner Albert Jones; renowned jazz musician David Nuby Sr.; Cyril Pinder, an NFL player who played for the Eagles, Bears and Cowboys;  and Korean War veteran Donald E. Parker of the eponymous Donald E. Parker American Legion Post #209 in Dania.

1968 saw the final graduation class of Attucks due to the first wave of integration.

“Depending on where you lived, in Liberia or in Danie, you were either going to South Broward or Hollywood Hills,” explained George. “Some of the pioneers in Liberia told me that one of the reasons that Broward integrated school with Hollywood Hills and South Broward was to boost up the two schools’ educational scores, as well as to better their athletic departments.”

Henry Graham of the non-profit Liberia Economic & Social Development was also an Attucks graduate, a few years before the onset of integration.

“There were a lot of growing pains. For one thing, kids had to leave their neighborhoods and walk further to get to school, or figure out another way to get there. Many took a negative view — the real truth was that they made the black kids go into the white neighborhoods but not the opposite; the white parents would not send their kids into a black neighborhood because, the media said, they felt “threatened.”

“Why didn’t they think that the black kids would feel the same way? They were going where they felt uncomfortable. They didn’t always understand the white teachers. We questioned why they made our school into a middle school, why not Hollywood Hills or South Broward?”

For a long time, Graham said, The Elys, along with Dillard, fought to keep good schools situated in all neighborhoods.

One casualty of integration, he believes, was the loss of mandatory vocational training, and the effect on the kids’ job opportunities. He himself was a beneficiary of that kind of training, and enjoyed a long and successful career as a result of it.

“It used to be required,” he said. “Now it’s optional. And you can’t leave it to the kids to make decisions about their futures. They just don’t have the knowledge to anticipate the time ahead.”

The other loss, said George, is the local lore, the stories passed down from generation to generation.

“There is so much integration now that you almost have a generation that really doesn’t know what transpired,” said Graham.

Sadly, agreed George, many people in this day and age in South Broward just don’t know much about Attucks, Dillard, or J.A. Ely and his contributions to Broward County.  Not only was Ely the first black principal, he was also the first black probation officer in Broward, and the first black person to serve on an all white jury. And then there was his father, Lawrence Ely, who was one of the founding fathers of FMU (Florida Memorial University).

“It is imperative for the millennials and Generation Z kids of today to know and understand the importance of where they came from,” George asserted.  “Many of us take pride in our communities but do not realize the greatness that once was there.”

“But that is not all of our faults; there is a huge disconnect between our elders and we younger people in the black community. My goal now is to preserve as much local black history in the four pillars in Broward — Liberia, Danie, Hallandale and Carver Ranches — by establishing the J.A. Ely Historical Museum”.

“Ideally, we would get some land on J.A. Ely Boulevard, which is in NW Dania Beach (Danie) or N. 22nd Avenue in Liberia. The museum would serve as a reminder of the legacy of South Broward’s four historic black communities by scanning archive photos held by the elders and pioneers in the community, having prominent items of the old times donated, having a room dedicated to J.A. Ely, a room dedicated to Attucks High School, and two multi purpose rooms that can be used for art galleries, classrooms, and workshops in the community.

“This would be vital as it’ll serve as a cultural hub to our community, and also become a prime destination in the rising industry that is Cultural Tourism, and bring an additional source of revenue into Broward County’s cultural boom.”

George is also curating the upcoming exhibition “An Ode to South Broward”, at the Old Dillard Museum in Fort Lauderdale, for Black History Month 2020. The multi-media presentation of archived photographs plus art and films, mostly created by local black artists, will highlight the county’s historic black communities. The Opening Reception will be held on January 23rd from 5 – 8 pm. For more info, contact the Museum at (754) 322-8828.

For more information on the plans for the J.A. Ely Historical Museum, or to inquire about a screening of the film, or to get involved in any way, contact George at emmanuelabdulgeorge@gmail.com