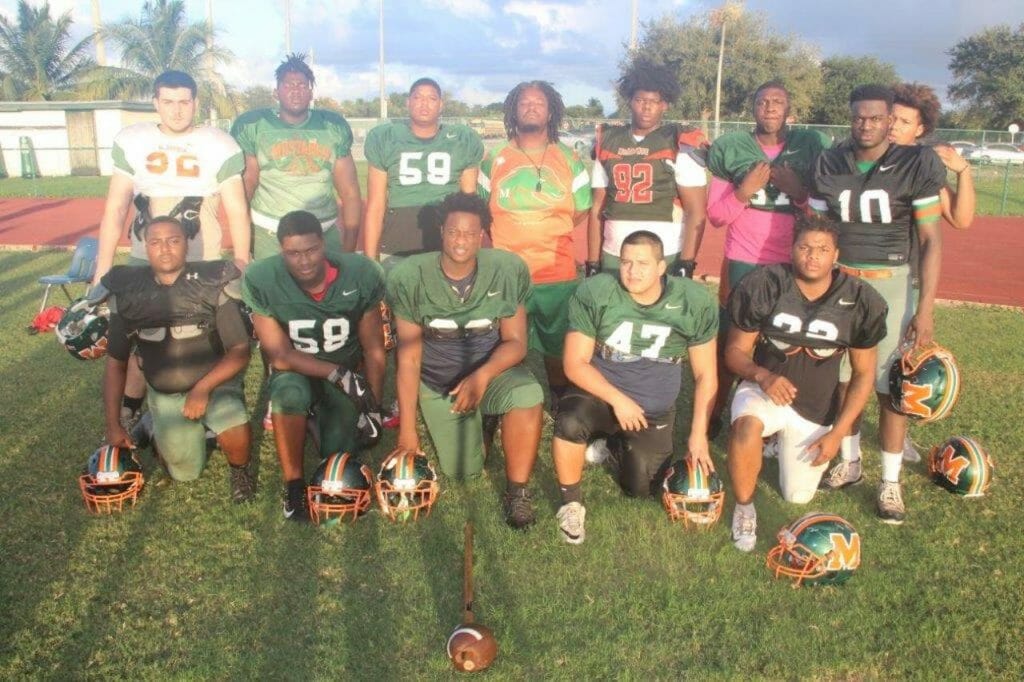 The McArthur High School football team is preparing for a district playoff run. The Mustangs take on Fort Lauderdale on Friday night.

They won their district and have a 7-2 record. The coaches know that to win the playoffs, they have to play very well.

“We have the talent and we will have to be focused to win,” said Cleveland Gary, Jr, the defensive line coach. “We have done well this season. Our main issue has been penalties. That could hurt us.”

The players understand the importance of coming together and working hard to win. Ruben Hyppolite, a highly regarded linebacker, is looking forward to the playoffs.

He is intensely focused on getting ready for the upcoming game. “We need to come together as a team and play hard for four quarters,” said Hyppolite. “We need to focus on the little things and the details.”

Kevin Knowles, a defensive back said, “We need to play well during the game.”

Vamir Cadet, who took over as quarterback and also plays defensive back, is looking forward to the game. “I want to do what I can to help the team win,” he said.

Coach Pierre Senatus is pleased with the team’s performance. “We need to play solid football and avoid mistakes,” he said. “I am just focusing on the Fort Lauderdale game. We can’t look beyond that game. We need to stay healthy.”

McArthur has a good team and many talented athletes. Major college programs are interested in the team’s players. Hyppolite will leave shortly after the season and will enroll at the University of Maryland for the spring term.

He will participate in spring training for Maryland.