2019 Walk to End Alzheimer’s Raises Over $330K for Care, Support and Research 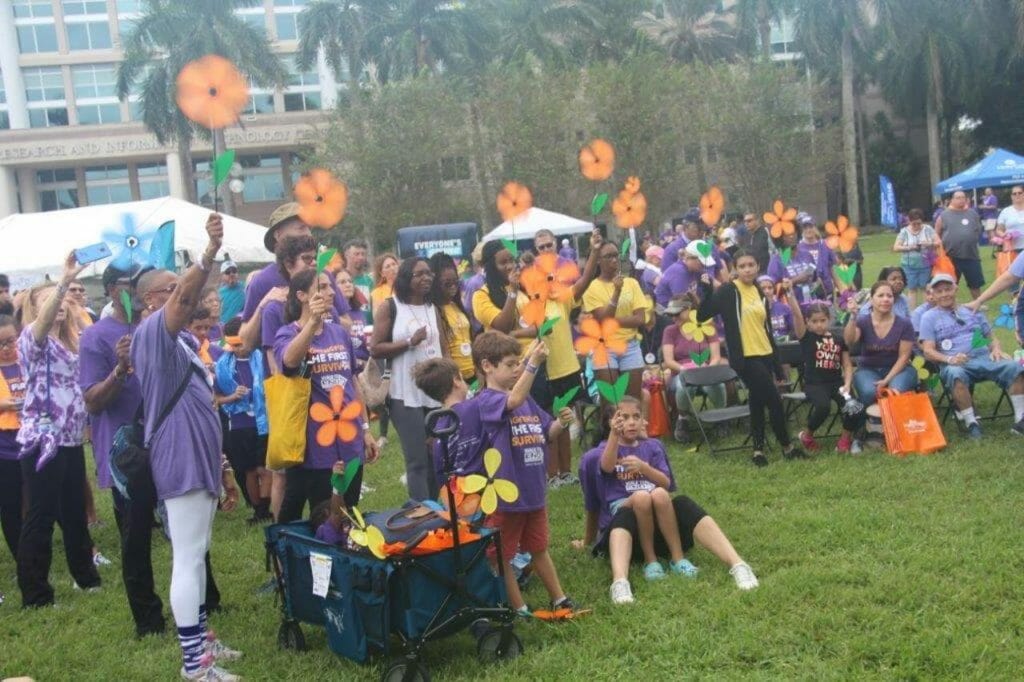 Alzheimer’s is a major problem and one that is growing as the population ages. There is no known cure for this disease but many scientists are working on a solution.

Caregivers face many challenges in providing basic care to spouses, parents and other family members.

About 2,000 people participated in the 2019 Walk to End Alzheimer’s – Broward County at Nova Southeastern University. Event organizers raised money for research to develop a cure for the disease.

Many of the participants have lost a loved one to Alzheimer’s or are caring for a someone with the disease.

“We are bringing awareness about Alzheimer’s and we are raising money to fight this disease,” said Audra Afflitto, executive director of the Southern Florida Chapter of the Alzheimer’s Association. “We want to encourage people to be aware of the warning signs for the disease.”

Cydney Hartner, the director of the walk, was pleased to see so many people coming to support the effort.

Karen Harrington, a member of the Memorial Healthcare System Commission, lost her father-in-law to Alzheimer’s after a 13 year battle. “It is very hard to care for a person with Alzheimer’s. It is a terrible disease that takes away so much from people. I want to support research to find a cure for it,” she said.

Aurelio Fernandez, the CEO of Memorial Healthcare System, was among Memorial personnel who participated in the walk. “It is good that so many people are participating in this effort to raise money to find a cure for Alzheimer’s,” he said.

Sandra Spencer participated in the walk to honor her mother, who is facing the end stages of the disease. “She has suffered from this disease and I want to help find a cure for it,” she said.

Hallema Simmons has seen relatives suffer from Alzheimer’s and she walked to help find a cure for the disease.

Raul Garcia walked with a group of people from his work place. He believes it is important to support efforts to find a cure for the disease.

Held annually in more than 600 communities nationwide, the Alzheimer’s Association Walk to End Alzheimer’s® is the world’s largest event to raise awareness and funds for Alzheimer’s care, support and research.