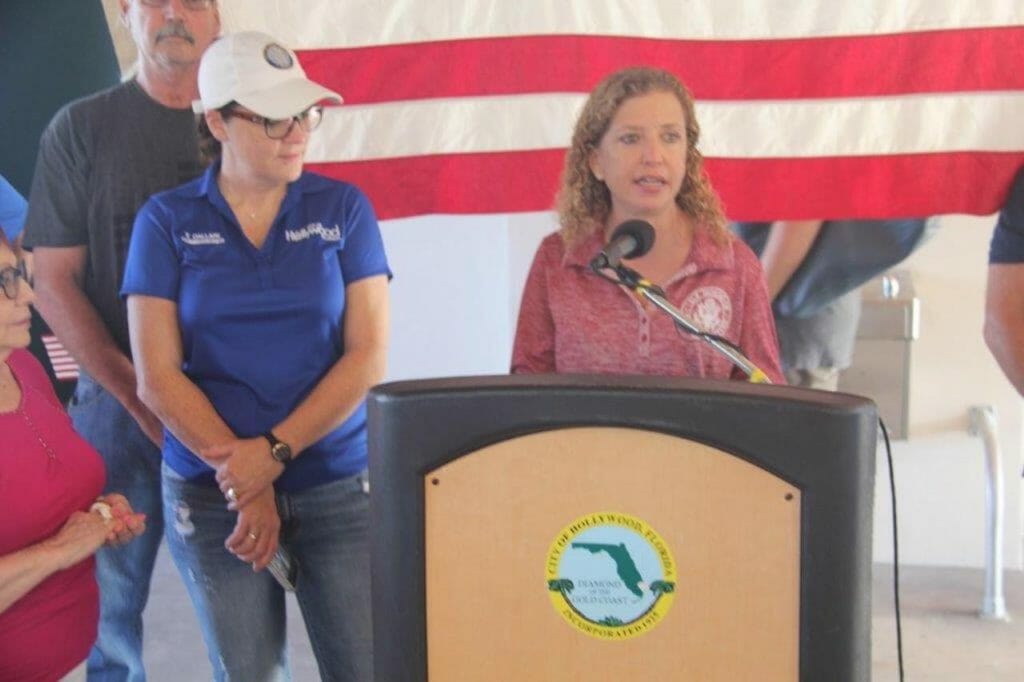 The City of Hollywood held a Veterans’ Day BBQ at TY Park. Military veterans were honored for their service by city and community leaders.

Mayor Josh Levy and members of the city commission served food to the veterans.

Alton “Skip” Day, an Air Force veteran who served in the Vietnam War, enjoyed the event. He is a volunteer for the Honor Flight South Florida which takes veterans to Washington D.C. for a day at no cost to them four times a year. He encouraged people to support the flights to and from D.C.

“I flew air refueling airplanes over Vietnam,” said Day. “I believe it is important to support and honor veterans.”

Veterans from various wars and conflicts attended the BBQ. A few World War II veterans were present and there were some Korean War veterans there.

Vietnam War veterans were present as were people who served in the recent wars in Iraq and Afghanistan. Veterans from these conflicts were recognized.

Marvin Waldman an Army veteran who served in the mid-1950s said, “I look forward to this event. It is good that the city puts this on. It brings the veterans together.”

Larry Berman, an Army veteran remembered being drafted. He served from 1963 to 1967 and working on making training tapes. After he left the Army, he achieved a successful career in television in Miami. “This is fantastic. I am glad to see so many people showing up,” he said.

Mayor Josh Levy read a proclamation from the City of Hollywood thanking veterans for their service.

“It is an honor to serve veterans today,” he said. “Veterans have made sacrifices to serve their country.”

Commissioner Caryl Shuham was serving food to the veterans. “It is important that we show gratitude for people who have served their country in the armed services,” she said.

U.S. Representative Debbie Wasserman Schultz spoke during the BBQ. She said it was important to honor veterans for serving the country and for protecting democracy.

John Sanusson, instructor for JROTC at McArthur High School brought some of the JROTC students to present the colors. “I am glad this city is doing this for veterans and this is a good event for Hollywood. It is important for the students to see this,” he said.