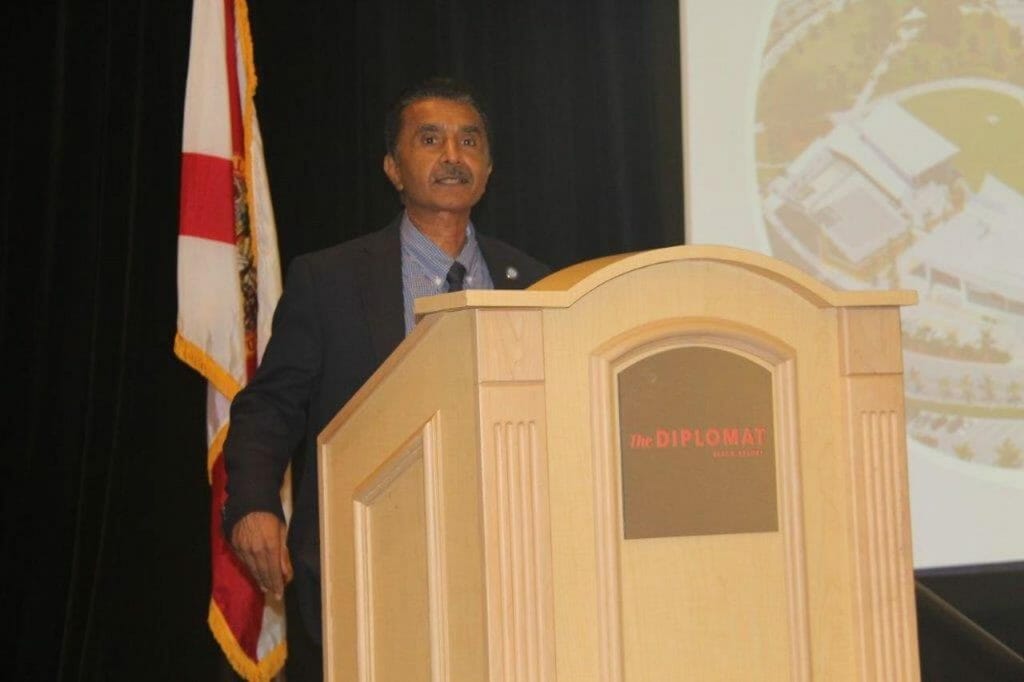 By Benjamin Paley and David Volz

The month of November has passed, and with it several resolutions and ordinances. Within the Commission Chambers, members of the Hollywood City Commission made decisions on behalf of the city residents.

There were nine public meetings held by the various city boards and governing bodies of Hollywood in November. Here are the government meetings that took place during the month of November:

David Volz has attended the City Commission Meetings and reported on issues of importance to the residents of Hollywood.

Here is a summary of what Hollywood Gazette reporter David Volz reported on.

It agreed to allow city leaders to issue blanket purchase orders to Goodyear Auto Service, Fleet Tire Truck and Auto, and Boulevard Tire Center for the purchase of tires and related services for an estimated annual expenditure of $300,000.

It agreed to issue a blanket purchase order renewing the agreement with Kemp Group International Corporation, for school crossing guard services, in an estimated amount of $394,095.

It agreed to allow city leaders to execute a contract with Cunano Builders Corporation for construction services related to stormwater pump station number one’s partial roof replacement, and re-roofing, in the amount of $106,675.

It agreed to allow city leaders to execute a contract with GPE Engineering and General Contractor Corp. for construction services related to the Wilson Street Parking Improvements in the amount of $199,681.

It agreed to allow city leaders to negotiate a consultant services agreement with the highest ranked firm for construction administration services related to the drilling of deep injection wells number three and number four located in the Southern Regional Wastewater Treatment Plant.

City Manager speaks at Hollywood Chamber breakfast. Dr. Wazir Ishmael, Hollywood City Manager, gave a speech on the state of the city to the Greater Hollywood Chamber of Commerce breakfast at the Diplomat Beach Resort Hollywood. He discussed some of the challenges the city faces and the positive things that are happening. He also asked the audience to participate by responding to a few questions through apps.

He said Hollywood is close to 100 years old and the city can have a very bright future. “The future is now. There are big changes to come to urban landscapes,” said Ishmael.

He said in the future many people will live in shared spaces. They will have a bedroom and other private areas but they might share a kitchen and living room area.

He said that more people will get around in driverless cars or use ride sharing services. He also encouraged people to consider making small scale infrastructure improvements by doing something like planting a tree.

Hollywood applies for a grant for complete streets. Hollywood residents may see additional improvements to the city’s streets, especially where pedestrians walk.

The city is looking for some grant money to pay for these improvements.

The Hollywood Commission agreed to a resolution to allow city leaders to apply for and, if awarded, accept the Broward Metropolitan Planning Organization’s (MPO) Complete Streets and other localized initiatives program award in an amount not to exceed $6,000,000.

The grant funding would be used to implement complete streets and other local initiatives projects relating to filing in sidewalk networks and other pedestrian safety improvements for several areas. They include the Sheridan Park and Hollywood Acres sidewalk network infill, and the sidewalk construction infill area bordered by State Road Seven to the East, North 64th Avenue to the West, Hollywood Boulevard to the South, and Johnson Street to the North.

If awarded, Hollywood would be committed to providing matching funds in the estimated amount of 12 percent of the total cost for project contingencies, together with the applicable operating and maintenance costs once the projects are completed.

Young Circle Redesign Project Progresses. Approximately 50,000 drivers a day traverse Young Circle encountering congestion, confusion and frequent accidents. To meet the demands of an increasing population, the Circle may go from having seven stop lights to none with five roundabouts and two-way traffic by 2025.

The cost of the redevelopment is projected to be as much as $20 million upon completion as preliminary analysis of the redesign continues.

Some residents are opposed to the redesign. Hollywood resident and activist Patricia Antrican responds to criticism by encouraging involvement. “I have been involved since this concept was introduced,” she said. “Every time they show the conceptual ideas they evolved, always adapting to input. The only way to effect change is to get involved with your local government.”

Hollywood has invested $300,000 for expertise in roadway design, traffic engineering, visioning and oversight by Marlin Engineering and Toole Design. And the Commission recently approved an additional $500,000 to optimize plans needed to meet approval by the Florida Department of Transportation.

Hollywood’s fire station 45 is now open. Fire Station 45 is one of the busier stations in Hollywood and runs about 5,000 calls a year. The firefighters moved in about two weeks ago.

Mayor Josh Levy and members of the city commission served food to the veterans.

Alton “Skip” Day, an Air Force veteran who served in the Vietnam War, enjoyed the event. He is a volunteer for the Honor Flight South Florida which takes veterans to Washington D.C. for a day at no cost to them four times a year. He encouraged people to support the flights to and from D.C.

“I flew air refueling airplanes over Vietnam,” said Day. “I believe it is important to support and honor veterans.”

Veterans from various wars and conflicts attended the BBQ. A few World War II veterans were present and there were some Korean War veterans there.

Vietnam War veterans were present as were people who served in the recent wars in Iraq and Afghanistan. Veterans from these conflicts were recognized.

The Commission agreed to a resolution to allow city leaders to execute a contract with the Soudt Group for construction services related to miscellaneous drainage improvements in the amount of $730,737.

The Commission agreed to a resolution to allow city leaders to extend the blanket purchase order agreements with Albion Staffing Solutions, Tampa Service Company, and Alpha 1 Staffing through April 14, 2020 to provide temporary employment solutions in an estimated amount of $150,000.

The Commission agreed to a resolution to issue a blanket purchase order with USA Fence Company for French Barricade Rentals in an estimated amount of $55,852.