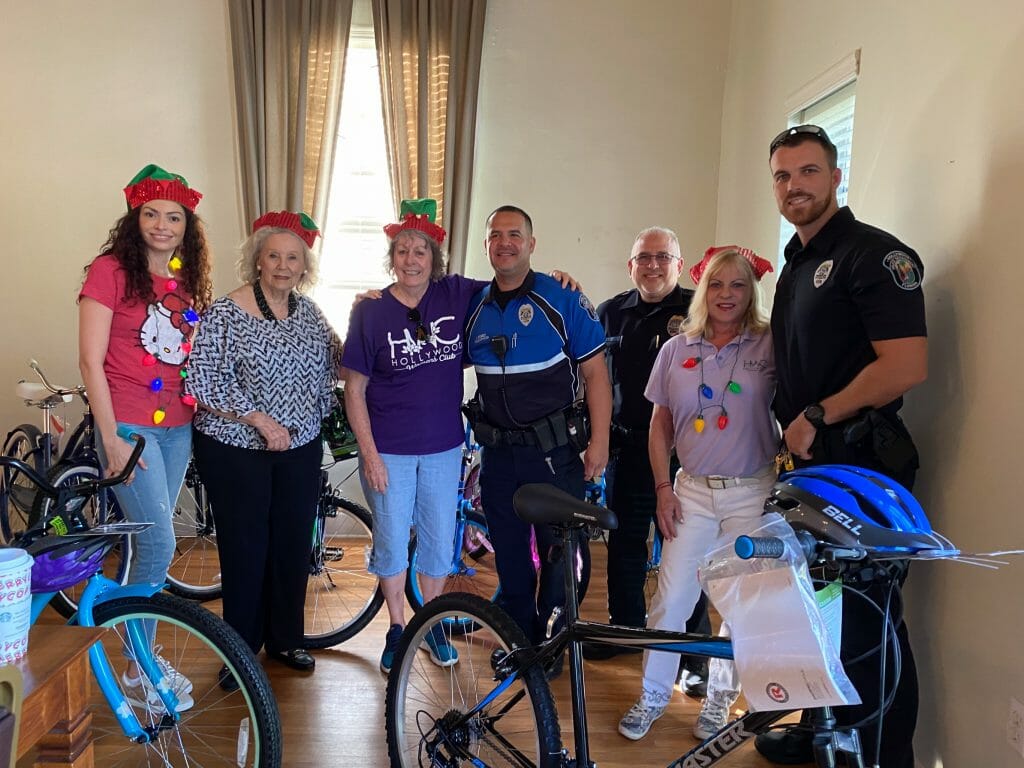 For the 10th year, in their traditional spirit and continual practice of giving, members of the Hollywood Women’s Club worked hard like little elves all year to raise the funds to purchase 25 brand new bicycles and helmets, and in December, they teamed up with Hollywood Police department to bring the early holiday surprises to deserving local elementary, middle and high school students.

“We are so very grateful to the terrific team of Santa’s elves who gathered at our clubhouse and assembled the bikes,” said Club President Mardi Podesta. “And we are also extremely grateful to the Hollywood Police Dept. for providing a sleigh (aka a van) and five elves (aka HPD officers) to assist us as we made our deliveries to the local elementary and middle schoolers on Tuesday, December 17.  The students were surprised and grateful and the HWC members and our elves were touched by the happiness and joy on the faces of the children.”

Podesta spoke for everyone involved when she thanked the participating school guidance counselors and principals for helping the Hollywood Women’s Club continue to “Live The Volunteer Spirit” for the Hollywood community with this 10th Annual Bicycle Gifting Program.

“A magical and delightful time was had by all,” she said.

Kudos to all the elves and their helpers: