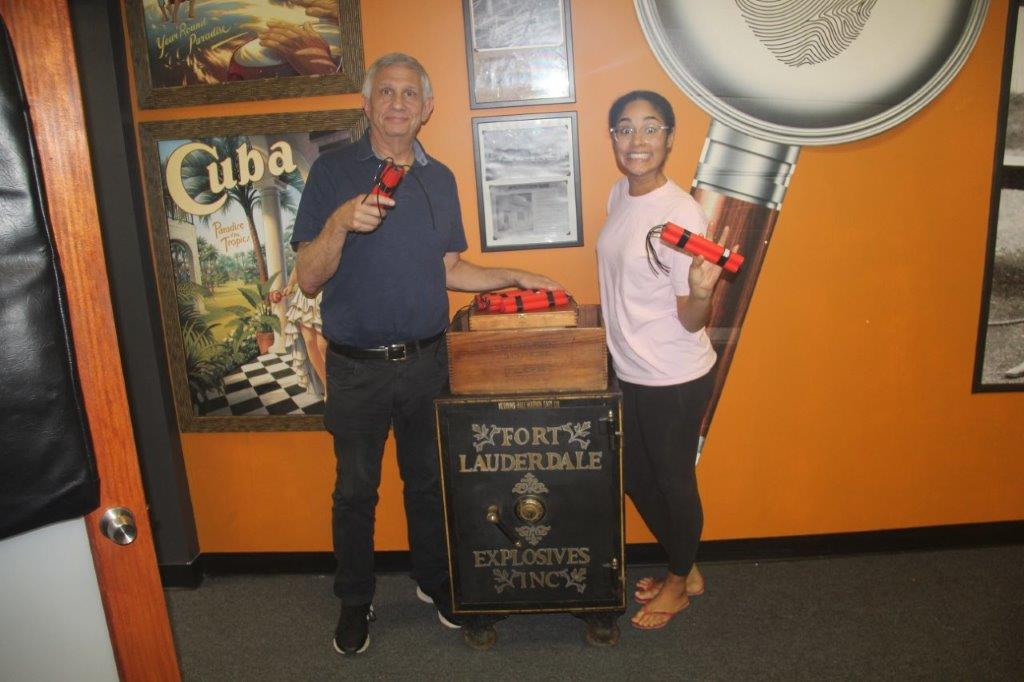 If you want to learn about the history of crime prevention in Florida, you might want to visit Crime Tours and Crime Gallery in downtown Hollywood. There are a myriad of crimes presented: Some funny, and others more serious.

Upon entering, you will see a wheel known as the Wheel of Misfortune that includes pictures of notorious individuals such as Ted Bundy, Manual Noriega, and Jim Morrison. There is even a mugshot of Frank Sinatra who had a run in with the law.

There is also a South Florida Timeline of Crime that shows some of the famous mobster activities in the 1930s on up to the illegal drug activities of recent times. The timeline goes into the 2000s with people such as Bernie Madoff and Scott Rothstein.

The Gallery is being run by Chris Mancini, an attorney and former U.S. prosecutor, and his daughter, Yetcel Jimenez.

According to an article in the Sun-Sentinel written by Phillip Valys on Dec. 27, 2019, “For Mancini, the gallery . . . ends three years of headaches to find a permanent home for his monument to South Florida’s biggest mobsters, drug lords and crooked cops.”

The museum used to be located in Lauderdale-by-the-Sea, followed by a stint in a warehouse in Fort Lauderdale’s Flagler Village.

“We have funny crimes and serious crimes,” said Jimenez. “We have a focus on the prohibition and illegal gambling joints.”

Mancini conducts tours of the gallery and offers a unique perspective on criminal activity. He believes that financial crimes are becoming more prominent today and that more and more people are being caught up in these crimes.

According to Valys’ article, the gallery is “divided into themed rooms devoted to Broward County crime, WWII and other subjects.” In addition, each room “carries a kitschy assortment of relics from the early 1900s through present day, gathered by Mancini over the years from friends in law enforcement and the State Attorney’s office.”

During a tour, visitors will see: