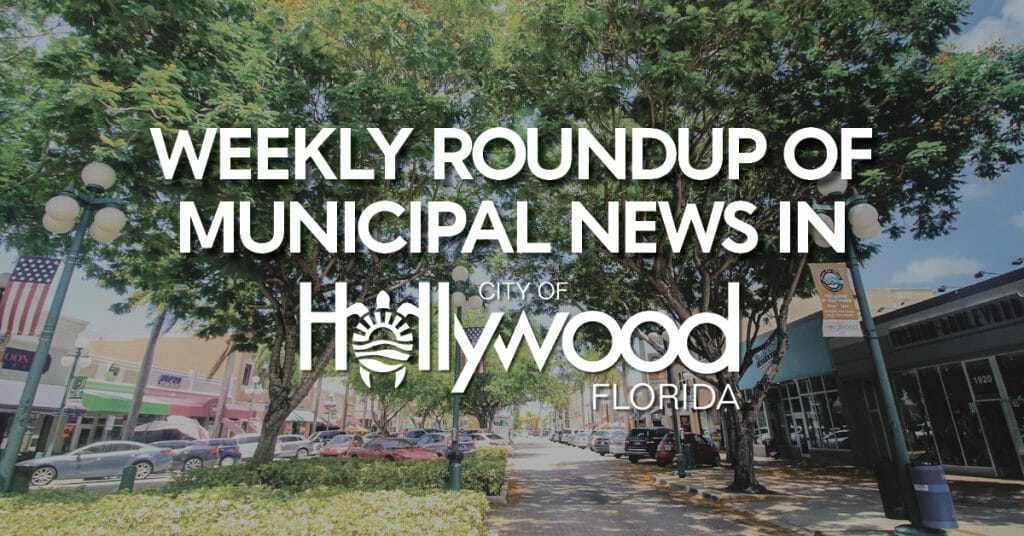 The Hollywood Commission agreed to execute a master equipment lease with Wells Fargo Financial Leasing for the lease of 120 new E-Z Go TXT electric golf carts for $145,152 for a two year period.

The Hollywood Commission approved a blanket purchase order to Condo Electric Motor Repair Corp. for electric motor and pump repair services in an estimated amount of $220,000, and an agreement with Greenberg Traurig for legal services in utilities matters in an amount not to exceed $200,000 for fiscal year 2020.

The Hollywood Commission approved a resolution to issue a purchase order to Ten-8 Fire Equipment for the purchase of a Pierce Impel Base Unit Level I Pumper for Fire Rescue and Beach Safety in the total amount of $591,372.

The Hollywood Commission approved a purchase order to Duval Ford for the purchase of seven vehicles for Fire Rescue and Beach Safety in the total amount of $216,456.

The Hollywood Commission approved purchase orders to Alan Jay Chevrolet for the purchase of vehicles for Fire Rescue and Beach Safety in the total amount of $65,356.

City of Hollywood leaders are currently in negotiations with representatives of the property owner to acquire the site. In accordance with the City Charter, the City has obtained official property appraisals. But, any purchase agreement will require City Commission approval.

The item will be discussed during an upcoming public city commission meeting.

Hollywood residents want the funding so the City may acquire and develop the property into a passive public park with nature trails and other amenities. The was part of the General Obligation Bond approved by the voters on March 12, 2019.

The land became contaminated while operating as a golf course for several decades due to the use of herbicides and other chemicals applied to the grass. High levels of arsenic are often found on former golf courses.

As part of the Soil Management Pilot Test Program permitted through Broward County and its Environmental Engineering and Permitting Division, water treatment residuals from the lime softening material used during the water filtration process at the Charles W. Fiveash Regional Water Treatment Plant will be blended into the soil on a portion of the site. The use of this material, which is mostly composed of calcium carbonate, is allowed by the Florida Department of Environmental Protection as clean fill, and as a way to remediate low levels of arsenic found in topsoil.

The owners of the Yellow Green Farmers Market hope to expand their operations by about 80,000 feet and bring in more vendors. A food hall with high quality restaurants will be added as well.

This will mean more traffic and there are plans to take some of the space and make it into another parking lot and expand a left turning land on Sheridan Street by 375 feet. The Market will continue to operate on weekends and extend its hours from 8 a.m. to 9 p.m. There will be two parking lots and visitors will have to pay $5 for either lot.

The applicants submitted a proposed new site plan for the first time in July 2019. They have appeared at the Technical Advisory Committee (TAC) twice.

At the final TAC in November, they submitted modifications to their proposed site plan. After that, they worked with the City to make short term changes to their existing operations to address issues brought forth by the Commission. The Yellow Green Market has continued to operate during this process.

While the proposed site plan is under review, they have not officially submitted a final site plan. Once the land use plan amendment is finalized, it will be brought before the City Commission for approval. Normally amendments would then have to go before the Broward County Planning Council for approval. Due to the size of the property it does not require the Planning Council’s approval. The City’s current plan is to continue to assist the applicant throughout the entire development review process while also monitoring the existing operations to achieve compliance, according to Joann Hussey, spokesperson for Hollywood.

The City of Hollywood and Broward County held a special celebration: the official Ribbon Tying event at City Hall.

Hollywood and Broward County joined together to launch the ePermitOneStop online service. Hollywood is one of two cities in Broward that offers this expedited service.

“The permitting process just became faster in Hollywood through the ePermitOneStop partnership with Broward County,” said Joann Hussey, spokesperson for Hollywood. “With ePermitOneStop, our customers are now able to apply for and receive approvals online for both Hollywood building permits and associated Broward County permits. This partnership makes the permit process faster and eliminates the need for customers to travel to the Broward Government Center in Plantation.”

The new partnership is the latest process improvement made by the City to help speed the permitting process and improve the overall customer experience. The ePermitOneStop service is in addition to the existing ePermit Building Plan Review Service, Digital Friday Program, and QLess Virtual Check-In System.

These are services that have been launched to speed the permitting process and assist customers with completing their business quickly and efficiently.

A developer wants to build an apartment project that would include retail stores where the former Sun Trust building now stands in downtown Hollywood. The project recently came before the Technical Advisory Committee (TAC) for preliminary review.

There are a number of technical comments for the developer to address before it goes for a final review by the TAC.

The developer is proposing a project that would include the parcel on which the former Sun Trust building stands. The developer will need to provide a Certificate of Appropriateness for Demolition. This requires an analysis of the historic value of the property.

The developer will also have to go before the Historic Preservation Board and the Planning and Development Board before going to the City Commission for approval. The preliminary plans call for 347 rental units and 28,000 square feet of ground floor retail space.

During the recent Technical Advisory Committee meeting, several residents voiced their concerns about the demolition of the former SunTrust building. They expressed concern that an important historic structure would be lost forever.

During the recent Technical Advisory Committee meeting, several residents voiced their concerns about the demolition of the former Sun Trust building. They expressed concern that an important historic structure would be lost forever.