In Memoriam: Billy Hershey– The Man Behind the Stone Crabs 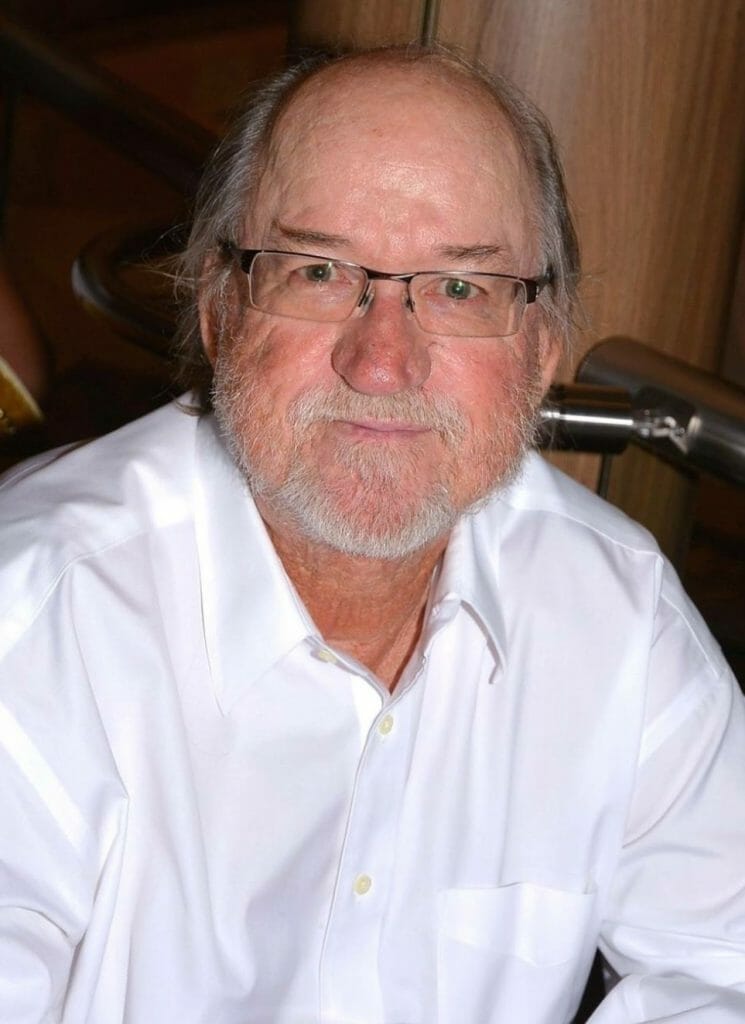 When you enter the beautiful restaurant on the intercoastal just north of the Hollywood Blvd bridge, it’s hard to believe he’s gone — Billy’s presence is still palpable, even beyond the photos of him posted around the space.  Because, they say, when Billy Hershey founded his business, Billy’s Stone Crab Restaurant, which opened in this location in 1995, and even before that, what Billy said, is what Billy got.

So when Billy died in November of last year, he left a large space in his restaurant, his family, and in Hollywood, where Billy’s Stone Crab, and Billy, had been a kind of larger-than-life presence for several decades. Billy started with nothing and left a legacy in Hollywood and, indeed, after 45 years in business, Billy’s Stone Crab is known far and wide all across the globe.

“He preferred to let me be the ambassador for the restaurant,” noted his wife of 20 years, Elena, who has been running the business at his side for almost as long as she’s been married to him.  “Though he was always wholeheartedly supportive of everything I did, from supporting our community and the local organizations to the philanthropy. But if I could say one thing about Billy, it’s that he was laser-focused, and when he had an idea, there was no stopping him. Billy was an idea man. He would say: ‘Honey, I got an idea!’ The he would always say ‘When you start something, you take it to the finish’.”

According to those who knew him, this unique man was unflinching, direct, visionary, driven, loyal, generous, igniting, supportive, funny, courageous and passionate about everything he did.

“I’m going to miss his friendship, his loyalty and his generosity.”

“He was a very loyal friend,” said Don Scully, who has known Billy since they attended high school together in Miami.  “He didn’t like school, but he was always good with numbers, really driven, and determined to be successful. He used money wisely, and had done better than most of us, but was very down-to-earth.  And he was very generous. He liked to have fun and celebrate; he took us to San Salvador fishing on his boat several times. He was very outgoing and he talked to anybody.

Billy’s Stone Crab began in 1975 as a retail and wholesale seafood business, with a truck going back and forth between the Florida Keys and the West Coast of Florida, gathering fish, lobster, shrimp, crabs, and wholesaling to restaurants, retailers, and grocery stores throughout South Florida.

Once the wholesale business was established, Billy’s Seafood Restaurant and Market opened in 1977 in Miami Springs, where it flourished successfully for seven years.  When the lease came due in Miami Springs, he moved it to North Bay Village and opened Billy’s On the Bay where he stayed for another seven years, until he purchased the current waterfront location at 400 North Ocean Drive ere in Hollywood.

He sold the Billy’s On the Bay moved to the restaurant and market to this beautiful spot on the Intracoastal Waterway in the heart Of Hollywood Beach. The business continued to grow, with the addition of the online shipping business (www.crabs.com) as well as  expansion of the wholesale business, Billy’s Fisheries (BSC Fisheries), in the Keys, which consists of Billy’s own commercial boat and over 35 other commercial boats who fish for BSC.

Billy’s son Brian, the middle child of five from his previous marriage, currently runs the entire operation along with Elena, focusing on the successful growth of the Hollywood location and the Fishery. Billy’s younger sons, Bobby, 17, and Alex, 14, are planning on joining the family business as soon as they complete their educations. Billy’s two adult daughters Jessica and Lauren are both successful business owners in other fields.

Many people say they have felt a special love and admiration for Billy.

Michael Meadows, head waiter and manager at Billy’s Stone Crab, started at the restaurant as a junior server over 14 years ago.

“He was an imposing presence, everything here was him, and you had to conform to his vision,” said Meadows. “Billy’s was his baby and his priority.  It was his name on the door, and his money and his integrity on the line, and he took that responsibility very seriously, for his business, his family and for all his employees.”

Billy gave everyone a chance, explained Meadows, “but you had to earn his trust and respect.”  From dishwashers to top management, the restaurant has an unusual amount of long-time and loyal employees, particularly unique in a beach town like Hollywood.

“He gave people opportunities, and that gave us the confidence to do it,” he continued.  “He taught me to strive, to always reach, reach further, and it boiled over into my personal life.  Procrastination is gone for me now. Because of Mr. Hershey, I am a more responsible person.”

Billy had a lot of “Billy-isms”.

“I put this on the 99 yard line, you just have to push it through.”

“We’re gonna hit it on all cylinders.”

“You have to cover everything from A to Z.”

And when he was ready to get serious, “Son, let me tell you something.”

“He was strategic, passionate, courageous, never afraid to take risks,” said Elena. “He was my Honey. Our little boys Bobby and Alex, to the end, called him Honey.  He always had ideas, and if the idea was born, it had to be done yesterday, he would go at it full throttle. He was very adventurous, always projected years down the line. His mother, Mama Ada, used to say he was ‘long-visioned’ and called him Billy Boy.”

A passionate fisherman and golfer, he inspired the same love of sports and the sea in his children, Bobby and Alex, who he always hoped would follow him into his business along with his older son Brian.

Daring and caring, open and sharing, Billy wanted to see people succeed, and loved the opportunity to help.  He knew when to be fun and when to be serious, was very intentional, very intense, and knew exactly how he wanted things done.

When he left this realm on November 4, 2019  he left a legacy and a dream that the business he built would continue to grow into the future.

Said his son Brian, “No one who ever met him once went away untouched.”

“What can I say about someone that I’ve known for a long time?,” asked his old friend Tommy Atonopoulos. “That he was loyal, trustworthy, ambitious, always growing? A great father, a great husband, and a very good friend?  All I can say is God Bless You, Captain Billy.  You left us too soon.”