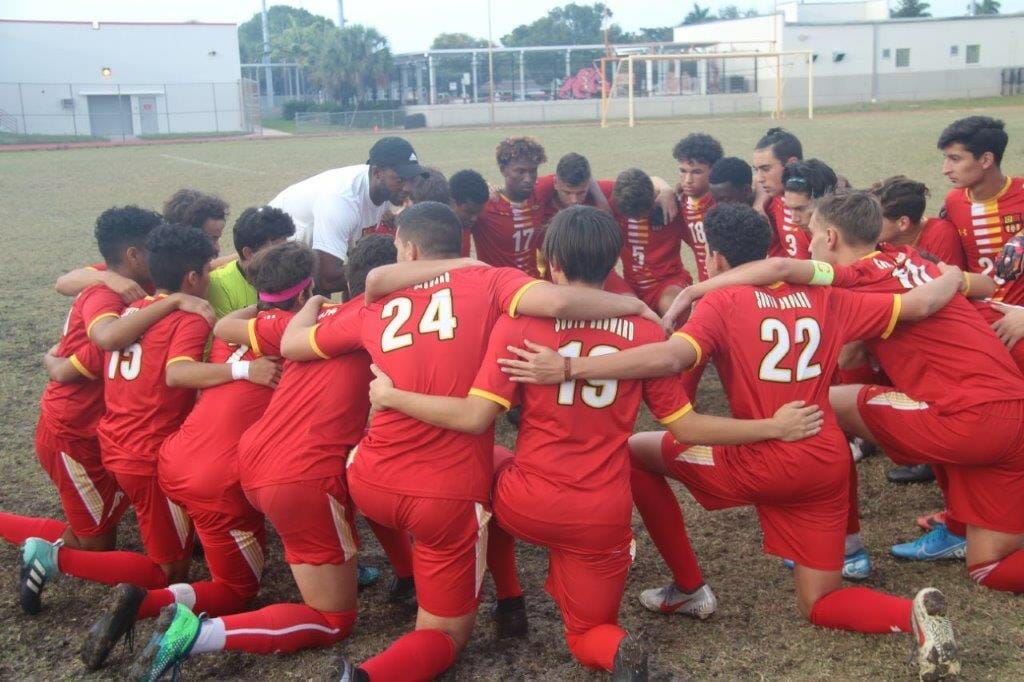 Victoria Marrero loves working with complex computer codes. An advanced placement student in computer science at Hollywood Hills High School, she is among a growing number of young women at the school who are taking and mastering high level computer classes.

Marrero and her fellow students are studying Javascript.

“I like the complexity of the codes and all the different ways of solving a problem,” Marrero said. “I can make a website. I want to learn about cybersecurity. I want to continue learning more about computers.”

To receive the award, more than 50 percent of students taking the AP Computer Science Principles exam at the school must be female. The goal is to inspire more girls to pursue science, technology, engineering and math careers.

“More women are getting involved in computers,” said Jeff Freeman, a computer science teacher at Hollywood Hills. “People who master Javascript can earn up to $77,000 a year.”

A group of Hollywood Hills High School students are performing a play to commemorate the integration of the school in the early 1970s.

The play is entitled “72 Track from Attucks Eagles to Hollywood Hills Spartans.” It explores many of the challenges and tensions that students faced with integration.

At first there were difficulties, but over time, and with some struggles, the students began to accept one another. Today, some of the alumni from that time came back for a visit, and to see the play.

During the play, the narrators discussed the challenges students faced during forced integration. The play ends by asking whether or not integration has been successful.

“I think it is important that we learn to accept one another,” Darla Miller, who plays the role of a cheerleader, said.

Gabby Santaella, the stage manager, also believes it important for students from different backgrounds to get along.

“I think this is an amazing play and I have enjoyed being a part of it,” said Santaella.

Emonde M. Prosper, a Hollywood Hills drama teacher who is directing the play, said that she thinks it is important for students to see how integration took place.

The alumni have been active with mentoring current students.

Hollywood Hills High School hosted a drill meet for JROTC programs in the area. Nine schools participated in the event in which JROTC programs were evaluated on marching, poise, and attention to detail.

The color guards participated but were evaluated separately.

Here are the results:

“Overall I was proud of the effort our program made,” said Chief Warrant Four Eddie Jones, the senior Army instructor of the Hollywood Hills Army JROTC. “I was proud of everyone who participated. It was a good event.”

Andrea Sandoval, cadet major for the Hollywood Hills Leadership Military Academy said he felt proud of the effort they made.

This was the first drill event for Broward County.

The boys team defeated Everglades 4-1 to win the district championship.

“The girls played well and overcome adversity to have a winning season. I am very proud of this team,” said Coach Boomer Bray.

“It was a great feeling to win the district championship,” said Brianna Sandoval, a midfielder. “If we believe in ourselves and have confidence, we can continue to win.”

“We have had a good season and I hope our team can continue to play well,” said Brown.