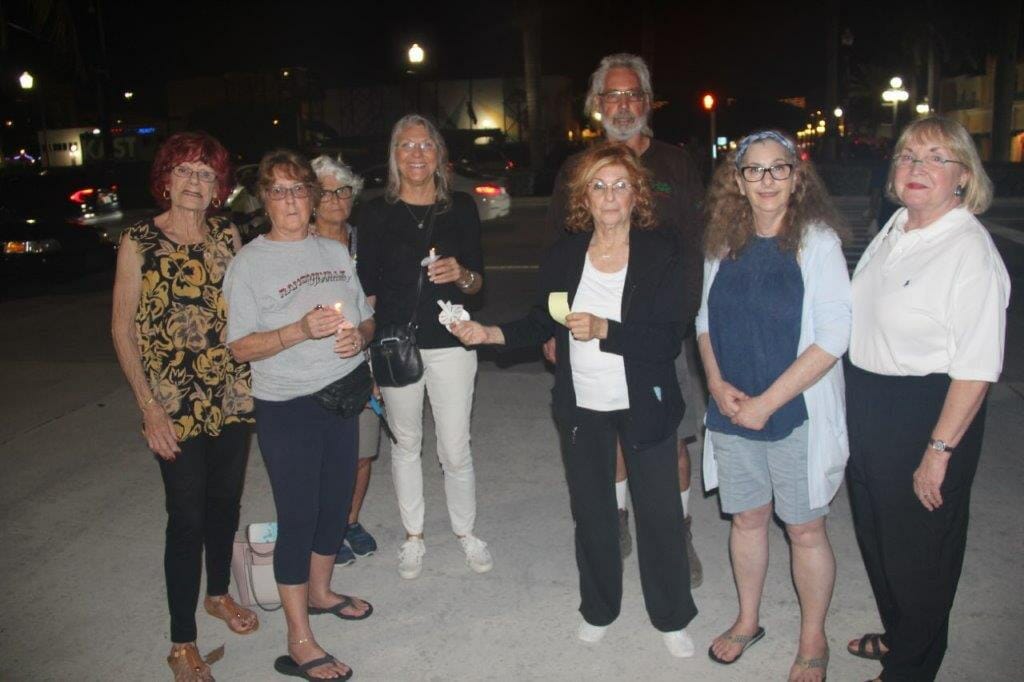 According to the city, the level of deterioration necessitated immediate attention to address a severe life safety hazard.

A number of Hollywood community leaders are angry and disappointed that the Great Southern Hotel was demolished with little public notice. A group came together at the bust of Joseph Young at Young Circle to hold a memorial service in honor the hotel that was an important attraction during the early years of Hollywood.

The city was notified in late January by construction crews and on-site engineers who were concerned with the structural integrity of the building.

On February 11, the city’s Building Division stated that, “Due to the determination that the historic north and west facades of the former hotel were unsafe and posed a significant threat to public safety, a modification of the existing demolition permit was issued this morning and demolition of the unsafe structure was completed earlier this afternoon.”

“I am heartbroken that the hotel was demolished. We tried to save it. It sat there for about 100 years. It was a beautiful building,” said Karen Albertson, president of the Historical Society of Hollywood.

According to the city’s website, the City consulted with an Engineering firm that inspected the building, interviewed on-site construction contractors, reviewed all prior engineering reports and conducted strength testing of the building’s structural components. “The level of deterioration necessitated immediate attention to address a severe life safety hazard. The perimeter of the construction site was secured to allow for the demolition of the remaining structure.”

Commissioner Peter Hernandez, came to the memorial service. “I knew the building was unsafe. But when these historical buildings are gone, they can never be replaced,” he said.

Lynn Smith, president of the Downtown Parkside Royal Poinciana Civic Association and a community leader was very disappointed that Great Southern was torn down. She believes more effort should have been put into saving the structure. She wrote in a statement,  “The loss of this landmark that represents a big part of our city’s history for whatever reason was so personal to me that it almost feels like an old friend has passed away. As I sat across the street and watched people drive or walk past, I saw their faces and were in as much disbelief as I was.”

Also according to Smith, there was no public meeting, nor was the Hollywood Historic Society notified or consulted. “The DPRP Civic Association was not given any heads up so we could notify those of you who are residences of this community. It was a sneak attack in the middle of the day with a two hour permit being issue was carried out,” she said. “Who is to say it won’t happen against to all other historic buildings in our downtown area, next up may the Suntrust Bank building built in 1927 followed by the Hollywood Beach Hotel.”