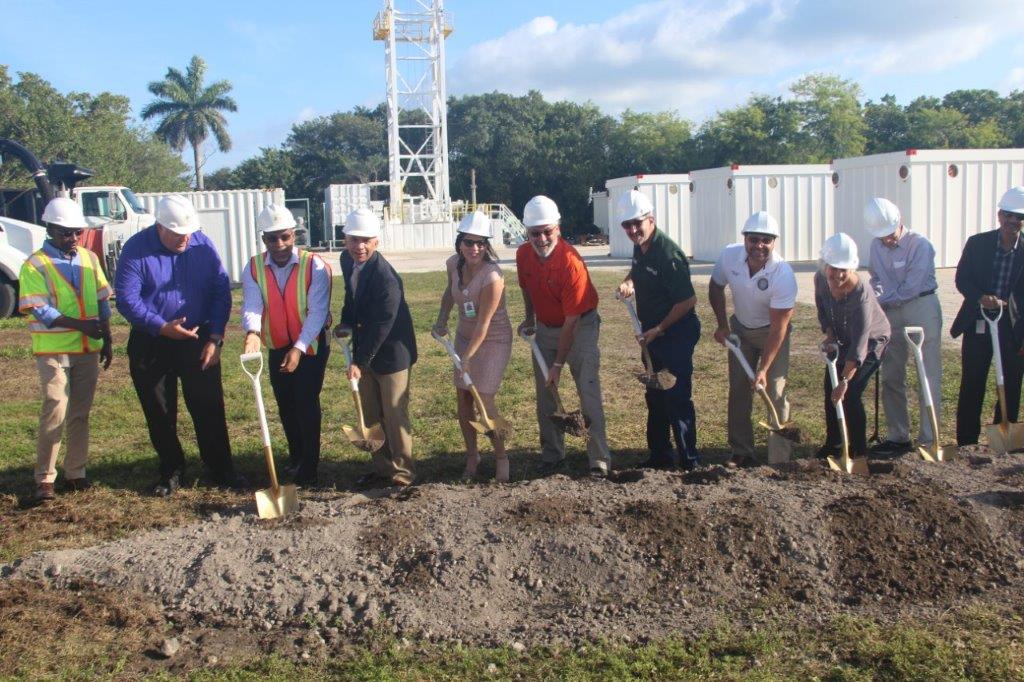 Members of the Hollywood Commission and city leaders got together for a groundbreaking ceremony last month for two deep injection wells at the Southern Regional Wastewater Treatment Plant. Construction is now taking place and it will take about two years to complete.

Since the 1970s, millions of gallons of excess treated sewage are dumped into the Atlantic ocean 1 to 3 miles offshore every day in South Florida.

The sewage is disinfected by water treatment plants, but according to the Department of Environmental Protection, it contains high concentrations of nitrogen and phosphorus.

In 2008, federal and state lawmakers passed regulations to end the use of the pipes facilitating the transfer of human waste into the ocean. Since then, flows have been reduced by nearly 40% and treatment plants are on track to end ocean outfall by the 2025 deadline.

“This is important for keeping the ocean clean. We want to be good stewards of the environment,” said Mayor Josh Levy.

The wells will be about 3,000 feet deep and cost about $40 million to construct. They’ll feature a double lining; the interior lining will be fiberglass and the outer lining, steel. They are being built so the city can comply with federal and state regulations that require the ocean outfall to be eliminated by 2025.

“This is a big day for Hollywood. We had been using ocean outfall for the treated effluent and now we will soon be able to inject it deep into the ground which will be better for the ocean and the environment,” said Commissioner Caryl Shuham. “This is a huge investment for the city but it’s something we need to do.”

Once the two wells have been completed, a pumping station will be designed and built to pump the effluent into the injection wells. The station will cost $60 million to build and construction will take about two years.