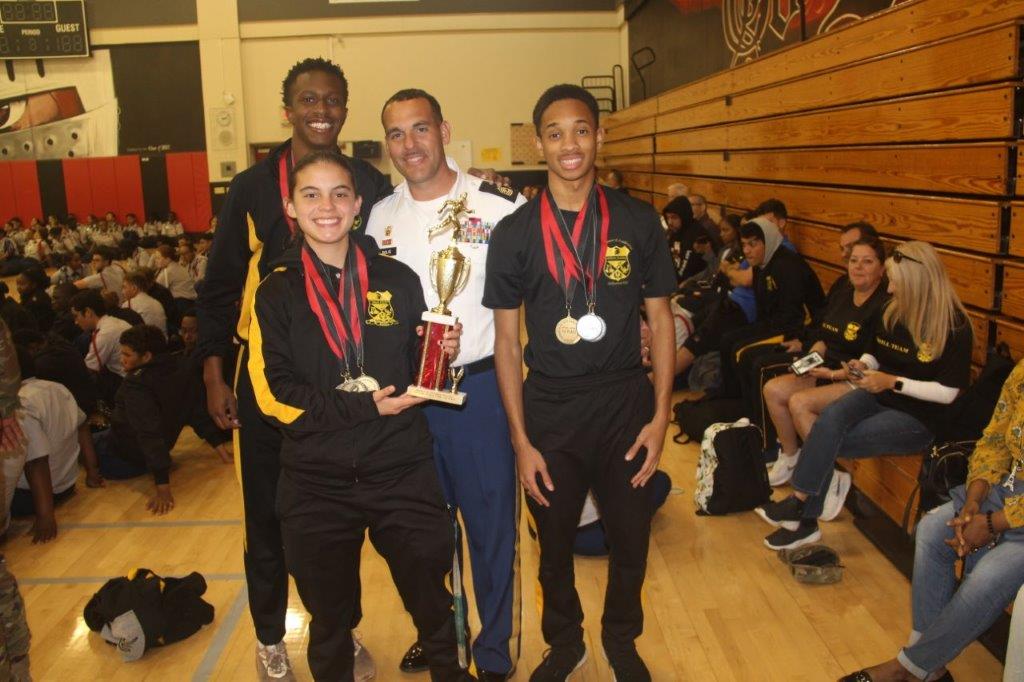 Ion Hunt also, a student in the Leadership Academy won first place in the male mile run and did well in other categories. “This was a good accomplishment. I am proud of how our team did today,” he said.

First Sergeant Marvin Solis of the Leadership Academy was proud of this team’s effort. “They dominated today. We have a very strong fitness program,” he said.

Cadet Major Andrea Sandoval of the Leadership Academy said, “We have worked hard together as a team and we have built bonds. We have a strong fitness program.”

The Hollywood Hills Army JROTC also participated in the drill meet. They competed in military style marching, physical fitness and color guard. “We did well in all the areas we participated,” said First Sergeant Troy Finley, an instructor.

The South Broward High School Army JROTC program also participated in the drill meet. They competed in military style marching and color guard and received accolades for their efforts. Lieutenant Colonel Leeann Kohler was proud of the team. “We have a lot of dedication and discipline. We did well today. We have a lot of camaraderie. We are a student led organization,” she said.

Chief Warrant Officer Eddie Eaglespirit, an instructor for the South Broward JROTC said, “This a good program. It builds a sense of discipline and camaraderie. We teach students to become leaders and good citizens,” he said.