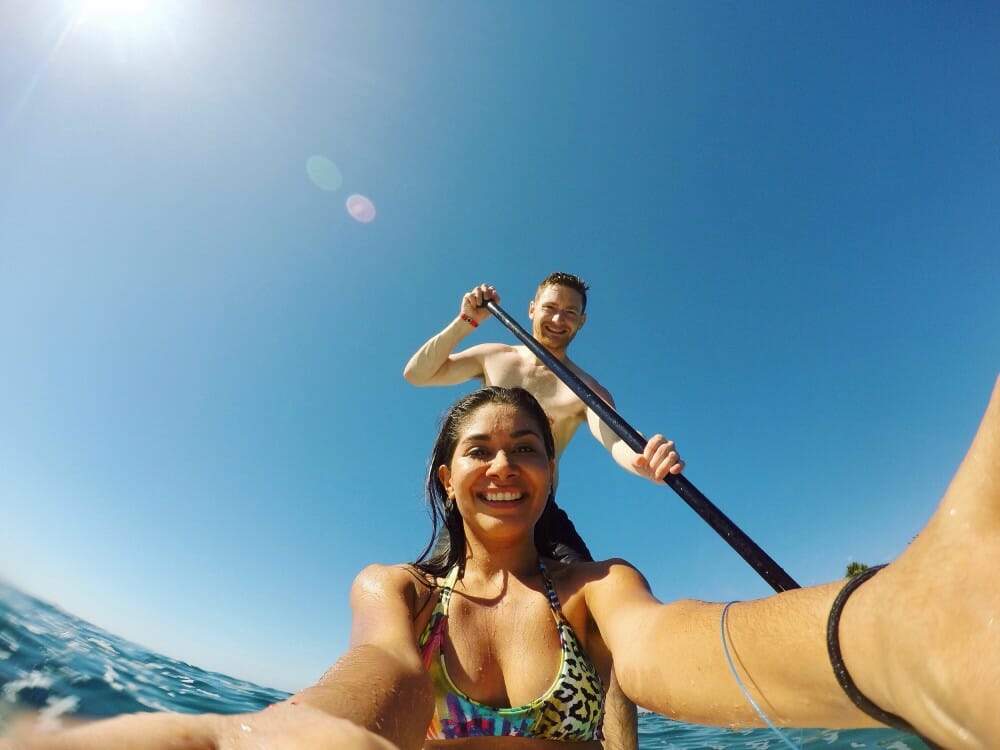 The stand up paddle board discussion continued during a recent commission meeting.

After studying the results of the pilot program, on March 4, 2020, Beach Safety staff presented their final recommendations to the City Commission which were approved on first reading. The item will come before the City Commission again for a final vote in the coming weeks. A major area of discussion involved how far paddle boarders must be from the beach during peak swimming hours.

The new regulations for paddle boards require that in the central beach area, from 10 a.m. to 5 p.m., paddle boarders are required to enter and exit in one of the recreation areas and remain 100 yards or 300 feet from shore.

“We will now have over three miles of beach,” said ‎Catherine Uden who has spearheaded the issue. “Considering that paddlers started this process hearing that ocean rescue didn’t want to make any changes except for maybe a block or two, we’ve come a long way.”

Other activities are also covered. For surfing the new regulations including expanding the areas where surfing is allowed from the current two areas (800 yards) to 1.36 miles, adding a leash requirement and allowing for the ability to open up other areas to surfing when conditions allow.

On March 6, 2019, the Beach Safety Division presented to the City Commission a proposal for the expansion of the City of Hollywood Ordinance Chapter 99: Municipal Beach. The proposal included expanding the use for paddle boarders and launching a pilot program.