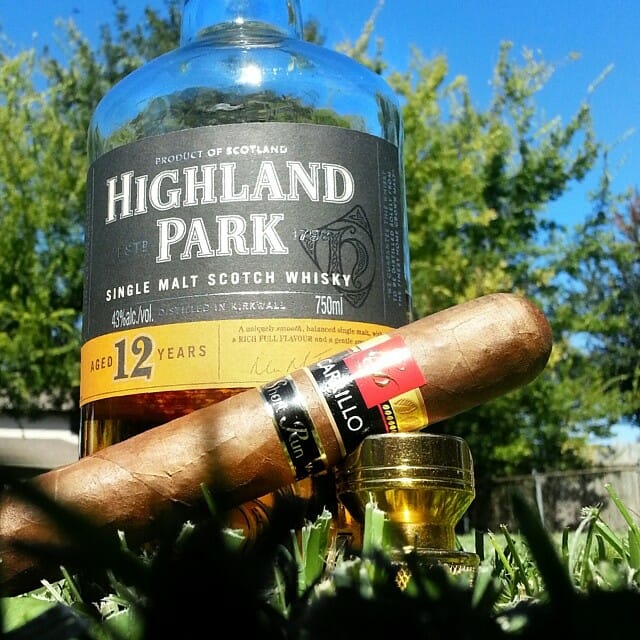 Whisky and cigar enthusiasts from around the globe will come together for the first-ever Big Smoke Meets WhiskyFest.

Whisky Advocate, the world’s leading authority on whisky and spirits, and Cigar Aficionado, the definitive lifestyle magazine for men, have combined their respective marquee events—WhiskyFest and Big Smoke—for the ultimate weekend of premium cigars and great whisky. The event takes place April 3-4 at the Seminole Hard Rock Hotel & Casino in Hollywood, Florida.

“Big Smoke Meets WhiskyFest will be an occasion for celebrating two of the very best things in the world: whisky and cigars,” said Marvin R. Shanken, founder and chairman, M. Shanken Communications, which publishes both Whisky Advocate and Cigar Aficionado. “With the continued success of WhiskyFest and Big Smoke each as individual events, it made sense to bring them together for this special weekend, allowing our readers to bond over their shared passions.”

The show—a first of its kind—will feature both tastings and seminars. The two evenings, Saturday April 3 and Sunday April 4, will be filled with more than 150 whiskies, exceptional premium cigars, entertainment, delicious food, gambling and more. Whisky seminars led by whisky experts and distillers will also take place each night. An exciting daytime cigars program will take place on Saturday, April 4. A partial list of the premium smokes and spirits attendees will be able to enjoy has been revealed, along with the lineup for the cigar seminars. More details will be revealed leading up to the event.

Hosted by the Cigar Aficionado editors and some of the biggest stars in the world of handmade cigars, the cigar seminars will cover a range of intriguing tobacco-related topics. The morning kicks off with Jorge Padrón of Padron Cigars, who will talk about his company’s storied history; Ernesto Perez-Carrillo of EPC Cigar Co. and Litto Gomez of La Flor Dominicana will explore the topic of cigarmaking in the Dominican Republic; Rocky Patel will discuss his 25-year journey to create one of America’s best-known cigar brands; there will be a seminar on Cuban cigars, with an expert panel of Cuban cigar retailers; and Carlos Fuente Jr. of Arturo Fuente Cigars will talk about his company and the resonance of the Fuente Fuente OpusX brand. Details on the whisky seminar lineup will be announced in the weeks ahead.

The seminars will conclude with a very special cigar and whisky pairing featuring the Aging Room Quattro Nicaragua Maestro, Cigar Aficionado’s Cigar of the Year for 2019, and the George Dickel Bottled in Bond 13 Year Old, Whisky Advocate’s Whisky of the Year for 2019.

General admission for a grand tasting evening are $275 per night, while VIP admission is $345. Weekend packages are also available. For tickets and more information, visit www.bigsmokewhiskyfest.com.