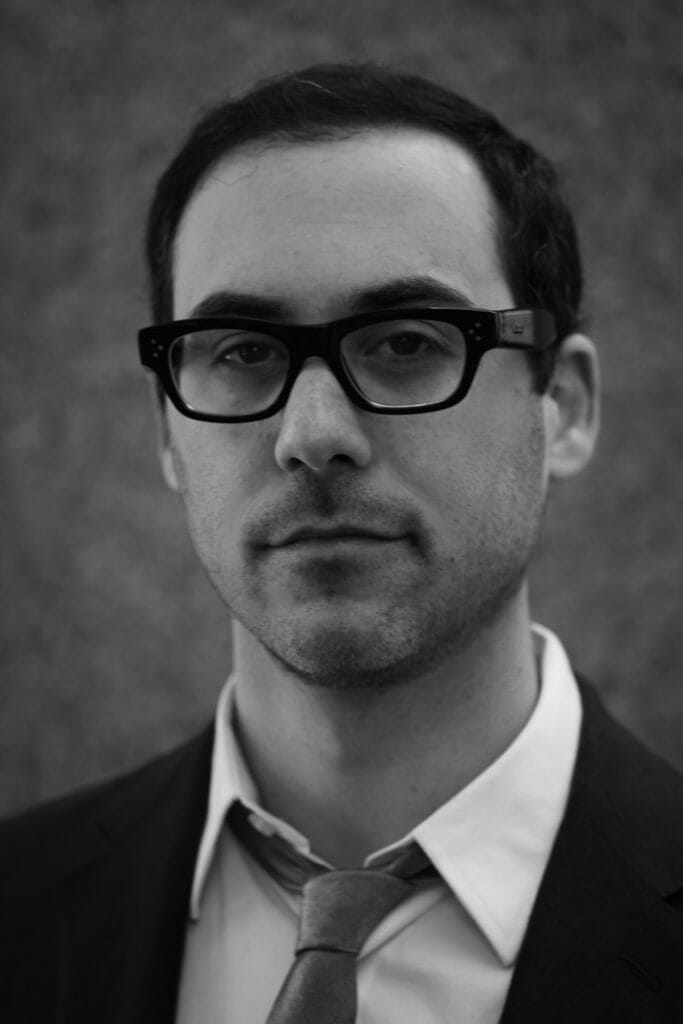 As a child growing up in Hollywood, Travis Atria always liked to write, and he always loved music.

A Chaminade Madonna graduate, Atria got his master’s degree in journalism, and combined his passions into writing about music.

“For most of my adult life, I considered myself a musician,” said Atria, now 38. “Although, when I was a child… I remember as early as I could I used to pretend to read books. When I finally did learn to read, in grade school, I’d be immersed in it. When you have that kind of love for something, it’s hard to give it up.”

He has written two books and ghostwritten a third, and has sold the film rights to his latest, Better Days Will Come Again, the biography of jazz great Arthur Briggs, described as “a clear picture of an extraordinary life of resilience, talent, and determination,” by Kirkus Reviews.

Briggs, dubbed the “Louis Armstrong of Paris,” was the most influential trumpeter of the Jazz Age in Europe and a peer of the greatest names of his time, from Josephine Baker, to Duke Ellington, to Django Reinhardt, according to the biography.

In his new book, Atria tells the fascinating true story of how Briggs was captured by the Nazis in 1940, spent four years in the prison camp at Saint Denis, and what happened at that camp.

Atria’s first book, Traveling Soul, touted as the definitive biography of R&B legend Curtis Mayfield, was written with Mayfield’s son Todd, and has been recognized with honorable mention by the Society of Midland Authors.

“They have all been successful beyond my wildest dreams,” said Atria.  “I’ve been positively reviewed in the [New York] Times Book Review. I never would have believed it!”

While he didn’t initially set out to write books that centered African-American musicians he found that you can’t tell any story about the history of music without starting there.

“As a musician and a lover of American music, obviously there is not much to write about without black music. While my dad was always kind of feeding me Beatles and rock, he was also always showing me where it came from; it wasn’t just the ‘60s and the British invasion,” he said.

Atria describes his work as a mash up of music history and the civil rights movement.

“I was growing up in the early days of hip hop and rap,” he recalled. “My life, as most Americans, is framed a lot by race. Regardless of what you are, you can’t escape. I saw myself gravitating to people involved in social justice, and becoming interested in musicians who were starting to make a statement on where the world was.”

As a fan of Stevie Wonder, he learned later how political his music he was. And when he discovered Mayfield, he was “shocked and delighted” to learn more, but couldn’t find much written about him. “I realized it was a story that had to be written, so that led me to write the book.”

He started his research in 2009. While looking into Mayfield’s life, he met his son, Todd Mayfield, and they ended up collaborating on that book.

Atria’s writing has appeared in Rolling Stone, Vanity Fair, The Believer, Wax Poetics, as well as other magazines and newspapers. An accomplished musician, his work has been featured on television, film and in popular music festivals. His album Boa Noite was ranked by The Fire Note as best of the year.

Atria credits his parents and teachers in Hollywood for instilling in him the love of both music and writing.

His mother taught Language Arts at Attucks Middle School in Liberia, and, he recalled, “I was taught to believe in high school, that issues of justice are vital, need to be discussed and understood by everyone, black or white, man or woman. And that the more that people understand history, how we got to this point, that’s the only way we can hope to make some progress.”

“I really do believe in history as a treasure trove of wisdom,” he said, adding that he considers himself something of a historian in addition to a musician and writer. “We can either learn from it, or suffer by not learning from it.”

Atria’s new book, out since January, has had good response so far from people who have read and reviewed it, he said.

“I think it’s a powerful story regardless of whether I told it well,” he believes.

“He was a man of uncommon courage and by all accounts a stellar person. He stood for his dignity and respect. Even when forced to do a concert for a Nazi commander, he talked back to him; he was fearless that way.”

“I believe the message of his life is more vital than ever right now.  That ultimately, his life was about the power of love, and spirituality.  He loved music so much that it literally saved his life, and that kind of love is the only thing that can defeat evil. If I have some sort of outlet, if I can highlight some of these things, maybe someone will read it. I have some power to say something and say something important.”

“My upbringing in Hollywood I think is what made my life, my career, what I am interested in, possible. This book is a product of the education and experiences I had growing up there.”

“I think his love of books is part of what made him who he is, such a good person,” said Kathy Atria. “And such a good writer.”

Travis Atria will be appearing at events locally in the near future.  For information on his work and schedule, please visit https://www.travisatria.com