Is Melbourne safe to live in and travel to? 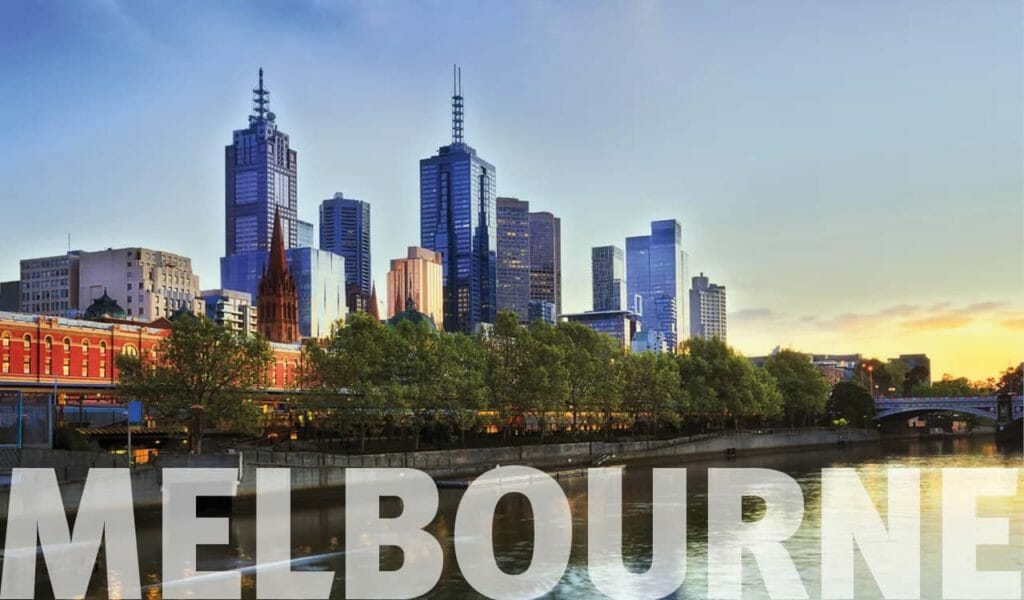 Melbourne is consistently voted one of the most liveable cities in the world, and with good reasons.

It’s safe, clean, and full of things to do for men, women, students, and families.

Whether you’re a local looking for somewhere new to explore or considering this metropolis in Victoria as a travel destination, make sure you’re aware of the safety quirks and risks before you go.

It’s a beautiful city located in the south east of Australia in the state of Victoria. It’s known around the world for its art, culture, and food scene, and is a popular destination for tourists.

But is Melbourne safe to live in and travel to?

Let’s take a closer look at the safety record of this town and see what you need to know before visiting or moving here, and why it’s considered one of the safest towns in the world.

This safety guide with safety tips will help ensure that your time in Melbourne and in the state of Victoria is enjoyable and worry-free.

Is Melbourne a safe city?

Yes. Melbourne is generally a very safe city. However, incidents do occasionally occur here. The best way to stay safe in or around Melbourne is to stay aware of your surroundings at all times and take precautions while exploring the area.

How safe is it in Melbourne?

Melbourne is one of the safest cities in Australia and has an incredibly low rate of criminal activity. When traveling in and around this metropolis it’s unlikely that you’ll be the victim of any criminal attack, so you can feel safe at all times.

While there is some degree of criminal incidents that occur occasionally, you are statistically more likely to be affected by physical illness or accident than anything else.

Is it safe to walk around Melbourne at night?

Generally speaking, yes. However, it’s advisable for visitors and new residents to stay aware of their surroundings when walking around the city streets after dark. Sometimes you can hear or see some drunk people fight outside the nightclubs, but Victoria police will stop them after a minute or so.

There are many security cameras to keep you safe, and the state government hires many Victoria police officers that can be seen at almost every street corner in the CBD and the southeast part of town to protect locals and travelers against criminals.

It’s not dangerous to walk around at night time, even if you’re a woman, but because it is a very active location and you might find yourself stepping in front of a public transport vehicle like a tram, car, or taxi if you’re not careful. If you want to be extra cautious, wait for a break in traffic before crossing Melbourne roads.

What are the safest areas in Melbourne?

Where is safe to travel in Melbourne?

Most tourists tend to stick close to other visitors while exploring around the CBD, but there are some great places to explore that aren’t usually on most people’s radar. Some of these locations include:

Can I travel safely in and around Melbourne CBD?

Yes. Most places around this metropolis are safe to travel to and to visit, just like most places in this country. Some less popular locations that include some degree of risk are the outer suburbs of Melbourne, but even these areas are considered generally safe.

Are there bad areas in Melbourne?

There are some areas in Melbourne that can be considered high risk, but many of these places aren’t necessarily dangerous to visit at all. Footscray has a bad reputation but has gotten safer in the past few years. It’s important to be aware of your surroundings while traveling in unfamiliar areas, no matter where you are.

Is it safe to walk alone in Melbourne?

Yes. It’s safe to walk alone at any time here. Always use common sense, especially after dark, and you will be safe. There are many helpful police officers patrolling the city to ensure your safety, protect you from potential criminals in case of an emergency, and offer advice and tips if you have any questions at any point. If you see any strange people at nighttime after the nightclubs close, be diligent and try to stay away from them, or use a car to travel at night instead of walking.

Is Melbourne safe at night?

Yes, it is generally safe at night, but it’s important to be aware of your surroundings. It’s not dangerous to stroll around late at night or even go out after dark in the CBD and in the suburbs, but using common sense is key. If you want to explore the city late after hours, make sure someone knows where you are going and what time you’re expected back. This will ensure your safety.

Is Melbourne a dangerous city?

No. Just like most places in this country and in the state of Victoria, it’s not dangerous. It’s generally safe to travel around the CBD and the suburbs, but you should always be aware of your surroundings when traveling in strange areas. Being aware of your surroundings and staying out of bad areas is key. If you want to go somewhere that isn’t on most people’s radar, it’s important to not go alone and meet up with a local friend to escort you there.

Is it safe for students to study in Melbourne?

Yes, it’s safe for students. This place is considered to be one of the safest cities in Australia and in the state of Victoria, and perhaps even one of the safest places in the world. It has great universities as well.

According to statistics published by the ‘Safe Melbourne Index’, Melbourne is often ranked as safe or very safe among popular global destinations for ex-pats and visitors alike.

When compared with urban centers such as New York, Paris, London, and Tokyo, crime rates are much lower here than in other suburbs.

So, if you are a person from another country that has a fear of coming to study here, fear not!

Is it safe to travel to Melbourne for tourists?

Yes. It’s recognized as one of the world’s most livable towns, and it offers visitors a variety of things to do while on holiday here. As mentioned above, crime rates are very low in this popular travel destination.

Is Sydney safer than Melbourne?

This really depends on the area or suburb you are in, but overall Sydney is less safe than Melbourne or Perth. However, it’s important to remember that both are considered safe towns with very low rates of criminal activity.

What is the best way to avoid becoming a victim of crime in Melbourne?

The most effective way to avoid potentially dangerous situations is always using due diligence, especially after hours. Stay in well lit wide streets, and never carry too much money on you.

Is it dangerous to live in Melbourne, according to Victoria Police?

No. It is extremely unlikely that you will be the victim of an assault here, according to Melbourne Victoria Police, the Australian bureau, and the state government.

There are very few property break-ins or cases of sexual assault here, as this place is pretty safe, safer than most cities. Australia is a safe country. However, it’s important to always stay aware and take precautions while exploring this place.

Melbourne is safe to live in and travel to for a visit. It’s also one of the most livable cities in the world, and life is good here if you follow our basic safety tips and advice to ensure your safety.

Melbourne (Australia) is a beautiful huge city to visit with a lot of services and entertainment to offer and a large, diversified population. If you’re planning on visiting this great Australian destination, be sure to plan ahead and do your research.

It’s a safe place in Victoria to live, work, and study. Don’t let the crime statistics scare you away. They have been grossly exaggerated by news media reports that are poorly researched or sensationalized by the police in the state of Victoria and elsewhere in the country of Australia.

There are many things to love about living in this beautiful area in Victoria and many events to enjoy!

Talk with people who have moved to Victoria from other countries and find out if they were happy with the quality of life and with their experience of living in Australia’s second-largest city.

One thing we know for sure is you’ll never get bored when there’s so much going on every day!