Another One Bites the Dust: Historic Downtown ‘Bank Building’ on the Brink of Demolition 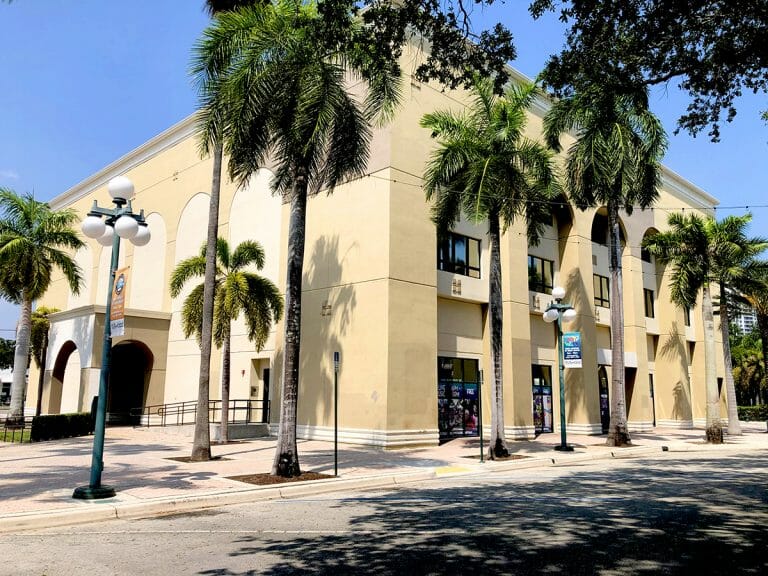 In cities around the world, commercial developers and designers have capitalized on the magnificent architecture of old bank buildings to create restaurants, showrooms and other retail spaces that showcase the unique and grand elements of days gone by.

Here in Hollywood, we have an example of that grandiose, neoclassical architecture, in the old SunTrust Bank building on the Northwest corner of Hollywood Boulevard and 20th Avenue.

Originally built by Joseph Young in 1927, it started out as the Hollywood State Bank in 1924 and then became the First National Bank of Hollywood. Today, the only thing that remains intact and salvageable for the sake of preserving history, is the vault.

With the takeover by SunTrust until its abandonment about two years ago, it was the only continuously operating bank site in all of Broward county. Currently, upper floors are being leased commercially by Firm Realty.

Even though Hollywood is “the only city in Florida listed by the National Trust for Historic Preservation as an intact historical business district,” the building is at a crossroads, on the brink of being demolished to make way for new development.

As of mid-March, the developer had already gotten past two levels of preliminary committees that could approve the demolition of the building to make way for a modern residential and retail building.

The new construction will replace the historic bank building with a modern 8-story mixed-use development with commercial space on the ground level facing all street frontages and 347 luxury residential units above.

History of the “Bank Building”

The “Bank Building” as it has come to be known, was built in 1927, to replace a smaller structure that had been hastily built in 1924.

Joseph Young engaged the architectural firm of Rubush & Hunter, already well-known in town for the design of many local buildings, including Young’s home on Hollywood Blvd, and the Hollywood Beach Hotel, to create the new facility.

Designed by architect Philip Weisenburgh, the new building, of Neoclassical design, was much larger and grander than its predecessor, with high arched windows and eight gigantic round Corinthian columns gracing the front and side.

Built just one year after the devastating hurricane of 1926, the imposing nature of the structure sent the message to investors: Hollywood was here to stay.

The building also served for a time as the Hollywood Post Office as well as a bank.  Local merchants tell stories about the early days of the bank, when they loaned money on a handshake.

In the 1940s, the First National Bank of Hollywood underwent the first of three major renovations, according to an historic structure report by SEARCH. Most of the Neoclassical elements were removed from the building during this renovation. After the renovation, the building bore little resemblance to the original Neoclassical building of the 1920s.

In 1945, the name was changed to the First National Bank of Hollywood, according to Hollywood Herald archives.

A year after the renovation in 1990, the city of Hollywood, with the Hollywood Historical Society, placed a plaque on the building designating it as a historical site. In the renovation, most of the original columns and medallions were covered to create a newer, sleeker, more modern facade.

Today, almost 100 years later, the structure has stood firm, though mostly vacant, for the past two years.

And in the last few years, the plaque disappeared from the building. Now, the only piece of the original property slated to be saved is the original bank vault, according to Debbie Orshefsky of Holland and Knight, legal counsel for the new developer of the proposed project, The Estate Companies.

But with the recent demolition of historic buildings, like the Great Southern Hotel on Young Circle, local historians are concerned that the area may lose this coveted designation.

“The city is not being good stewards of our historical treasures,” asserts Clive Taylor, vice president of the Hollywood Historical Society. “The city’s own comprehensive guidelines state that ‘demolition exerts a negative impact on a Historic District.’ Why did the city go to all this trouble to create these guidelines, just to go directly against them?”

“There’s a lot of misinformation about the building,” she said. “For one thing, there’s a myth that if you peel off the 1980s exterior, that there is a gem of a building inside.”

The developers hired an architectural historian to do an historic building survey and they found that in 1940, the demolition plan showed the removal of all those architectural elements from the decorative sill reliefs to the original arches and concrete inlaid panels.

“The building that was built in 1926 does not exist any longer,” said Orshefsky. “What is left are the structural elements but the architectural features were removed in the ‘40s and in the 1960s. The medallions are gone, the marble is gone, all that is left is naked concrete around and under the 1980s exterior treatment.”

“If there were a wonderful building there, we would approach it in a different way,” she continued. “But the only thing left is the original bank vault, surrounded by a six- or eight-foot thick concrete wall, and that IS being preserved as part of the renovation, celebrating Hollywood’s history. It will be accessible to the public and is included in the site plan package. We’re going to save it and celebrate it, and Hollywood’s history.”

Another misconception, she noted, is that when the district was declared historic, the building was included as contributing to the designation.  It was not. This was reaffirmed by the state of Florida in January of this year.

“They say the facade has been destroyed, but as you can see the arches are still present, as well as the gigantic columns under the false facade,” said Taylor. “Removal of this fake facade would reveal the columns. They could replace the windows to look like the original, put a big medallion back on the building.”

But the developer has other plans.

Plans for Soleste Hollywood include a setback along 20th Avenue to accommodate the remains of the original bank vault. “The existing brick wall of the original bank will be exposed and will encroach two feet into the required setback,” according to the plans. “This element will become an important element in the recognition of the history of the City of Hollywood.”

The ground level retail/commercial uses will be oriented along all street frontages to provide for the maximum activation of each street, according to plans submitted to the city.

Orshefsky says the plan is to have the vault be part of a bar or restaurant, hopefully a 1920s-style speakeasy. They’re working with historical photos that the Berman family has, and they’ve engaged a company to curate that space, so that the public can still see a piece of Hollywood’s history.

“We’re really trying to do the right thing,” said Orshefsky. “But the building has lost its historic qualities and is not contributing to the downtown district.  Plus,” she added, “it does not meet current code. None of it does.”

“Not historic? Nothing left to save? And most annoyingly stated; not worth saving! Shameful!,” said Taylor. “We will make it our mission to remind everybody just who was responsible for driving a nail right in the middle of the district, through the heart of one of our most iconic important buildings,” said Taylor. “I hope our city leaders do the right thing.”

But if the right thing is to somehow preserve the structure for the sake of Hollywood’s history, the chances of that happening seem slim to none.

“Due to the substantially altered condition of the building’s exterior and interior and the nature of its utilization, that of Class‐A business space,” said architectural historian Jason Newton in a memo to the city in support of demolition. “It no longer provides information related to historical architecture and design.”