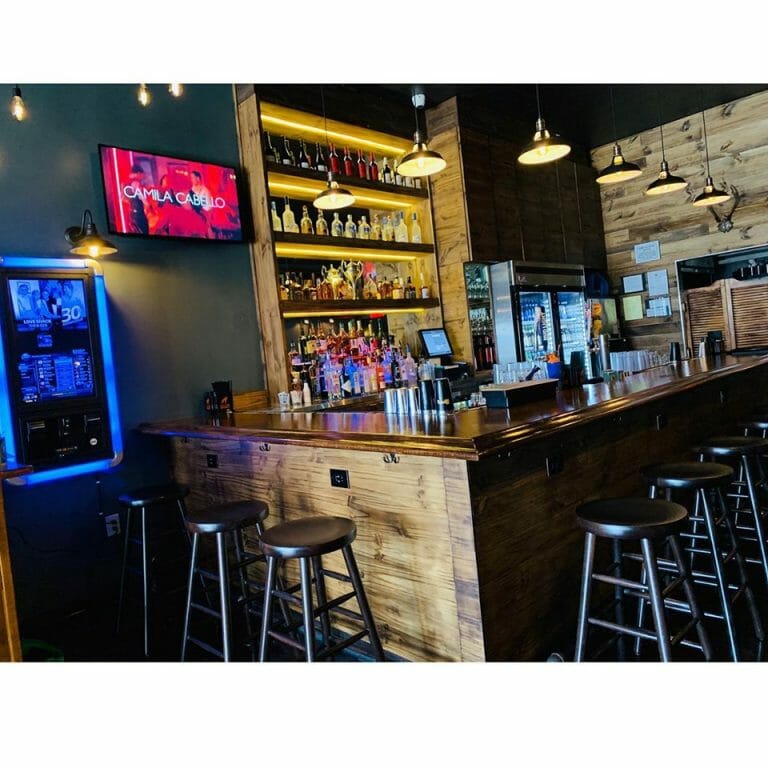 Camp Cocktail Bar + Grill, a unique new establishment in Downtown Hollywood, is decidedly reminiscent of summer camp – minus the mosquitos and with vastly improved rations.

Rural upstate New York native John Wiltsey opened Camp Cocktail, at 2051-B Hollywood Blvd., as a fun homage to his childhood memories of summer camp and lakeside cabin vacations with his family.

The rustic wood bar serves red, white and sparkling wines, beer, mixed drinks and camp-themed craft cocktails such as the S’mores Martini and the Peanut Butter and Jealous, a concoction of peanut butter whiskey and raspberry liqueur.

Camp Cocktail’s ambiance is enhanced by light bulb fixtures dangling from the ceiling on wires, while a wall adorned with various outdoor gear including canoe paddles, fishing poles, water skis and an orange life jacket reinforces the summer camp motif. The staff is even attired in camp counselor-style khaki shorts and Camp Cocktail T-shirts.

Since its soft opening on Aug. 15, Camp Cocktail Bar + Grill has been turning curious visitors into happy campers.

“It’s been phenomenal,” Wiltsey said. “Everyone that has come in has loved the place.”

Wiltsey said he always wanted to have his own business and be his own boss. For someone who spent more than 20 years in the high-end fashion and retail industry, opening a neighborhood bar and grill might seem like a stretch. But with Camp Cocktail, Wiltsey has successfully combined his early experiences with a strong background in customer service to create a novel “customer experience.”

He characterized the historic downtown arts, music and entertainment district as “a hidden gem” and cited the competitive rental rate as one reason he chose to open Camp Cocktail there.

“I’ve always been drawn to the charm and the character and the historic buildings, and I always thought that Downtown Hollywood was something special,” Wiltsey said. “It’s coming into its own and becoming a destination.”

Camp Cocktail Bar + Grill opens at 4 pm daily except Monday and closes at midnight Tuesday – Thursday and Sunday and at 1 am Friday and Saturday. The kitchen closes nightly at 11 pm.

A grand opening celebration will be held in October. Check “Camp Cocktail Bar + Grill” on Facebook for updates. For more information, call 754-263-1175 or visit CampCocktailBar.com.