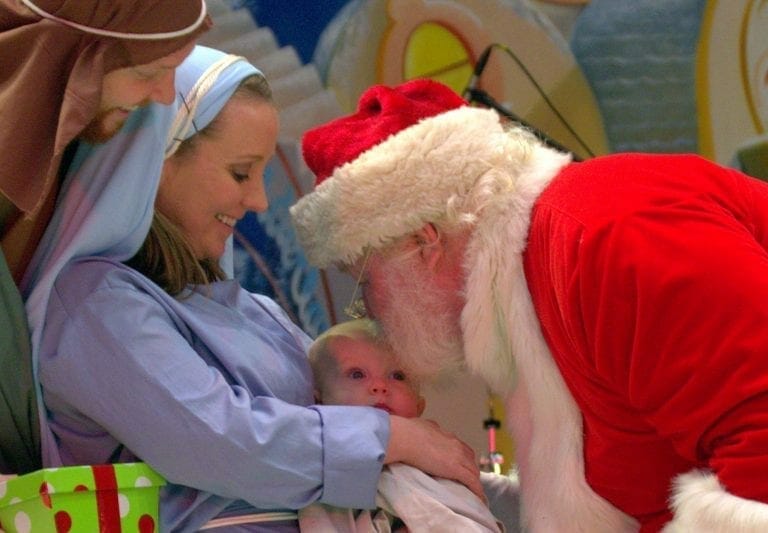 The many facets of the Yule season — Santa, choirs, bands, gift-giving, ballet, Christmas hip-hop, nativity presentation, lights on a tree — will show forth for the twelfth year with Christmas Near the Beach in downtown Hollywood.

The festival is scheduled for 4 to 9 p.m. Saturday, Dec. 15, at ArtsPark in downtown Hollywood. As in past years, admission is free.

First formed in 2007 as a hometown family celebration, Christmas Near the Beach has grown into a five-hour extravaganza with a cast and crew of 200, and a crowd of several thousand.

“It’s a free party in a 10-acre park in the heart of the city,” said Deena McDaniel, coordinator of the festival along with her husband, Mickey. “All you have to do is come with a lawn chair and a blanket. CNTB brings the community together to celebrate the joy of Christmas.”

Other planned performers include:

JJRC, a family folk-rock group that has often performed at CNTB since it began. The group is headed by Jeff and Christine Maldonado, members of the recording artists House of Praise.

Only One Roadway, a street ministry headed by Deena McDaniel. Only One Roadway performs mime, dance, and character acting at venues as varied as bookstore openings to outdoor festivals.

A singing Santa, Andrew Curran, in an encore of his performance last year. Curran, who also does the role for Bass Pro Shops, is a member of the national Real Beard Santa organization.

New for this year will be “Grinchy Got Saved,” a parody of the children’s book “How the Grinch Stole Christmas.”  Previous CNTB celebrations have featured a musical skating performance by the titled creature, but this year will include a half-hour play based on the story. It will include ballet dancers, costumed characters, a live nativity scene, even hip-hoppers — all in a parable of how Jesus can change even the heart of a mean, green, furry creature.

Also new this year will be the choir of First Presbyterian Church of Margate.   The 30-voice choir will sing a blend of traditional and contemporary styles, with keyboard accompaniment.

Deena McDaniel, the festival coordinator, said people have urged her: “You have to continue this forever — because this is our family tradition every December.”

She added: “I’ve been amazed to find out that thousands of people in South Florida have made it their own Christmas party.”

Event: Christmas Near the Beach 2018