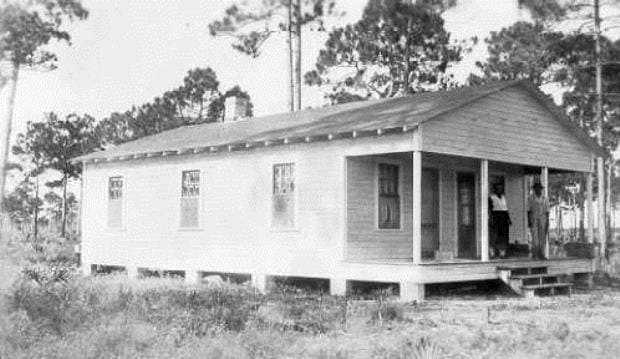 Located on the extreme northern boundary of the city of Hollywood, Florida you’ll find a small community, populated  mainly by African Americans, known by the name of Liberia.

In the early 1920s, a vast amount of land in this area was purchased by a gentleman named Joseph Young, who opened the Florida Land And Water company, and began building the infrastructure for what later became the city of Hollywood.  This required many skilled as well as unskilled workers for construction, such as surveying and building roadways and landscaping, and attracted many desperately-needed employees from cities in northern Florida, Georgia, South Carolina, Alabama and some from as far north as Chicago and Philadelphia.  This area, which later became known as Liberia, was originally known as Route One.

(See the story on Ely and his impact on the community in the Hollywood Gazette’s November 2019 issue — https://hollywoodgazette.com/2019/11/03/hollywood-history-the-heroes-and-the-history-of-liberia-and-danie/ ).

Liberia is a very fascinating community, with a distinct history of how it was populated.  As he built the planned city of Hollywood, Young was directed to create a designated area for the “Negro” or “colored” residents, and so, in keeping with an unspoken, or maybe spoken, tradition along the eastern Floridian coast, he built this parrallel city “west of the tracks”.  In addition, per a Sun Sentinel article in the “Then and Now” photo section, Florida, like other southern states, had segregation laws.

The area was soon renamed Liberia, reportedly because a British resident at a commission meeting said that it reminded him of the country in Africa.  Later on, people also said that the name reflected the spirit of the translation of the Nigerian word Liberia, which means Freedom.

Among the early settlers, along with many of the workers from the southern and northeastern states, was also a very large Bahamian community,   Within this community were progressive businessmen like John Evans, who migrated from Georgia, and Sparky Johnson, from the Bahamas, who both owned large trucking and construction companies that employed many workers from the area.

John Evans’ firm is still operating in Liberia, now in its third generation.  Sparky Johnson at one time had a fleet of about five trucks and employed as many as twenty men, including a bookkeeper, and also owned a floral shop.

Even more influential of Liberia was the development and influence of its educational institutions, its musical culture and its spiritual influence.  This culture attracted worldly figures and artists as James Brown “the Godfather of Soul”, Sam Cooke and the Soul Stirrers, Lou Rawls, Jerry Butler, Cab Calloway, Eartha Kitt, The “5” Royales, and many other entertainers and artists.   They performed in the churches and in the gospel choirs, and later on, at the Paradise Club — it was quite the place, THE CLUB of time — located on Sheridan and 22nd Avenue.

In those days, when these talented people performed in Miami or other white areas, they weren’t allowed to stay in the places where they performed!  So after the show, they’d come to Liberia and stay in an apartment house set up there for that purpose. Striving for some “social relaxation” after a performance, they often visited Mr. Robert Mitchell, who had turned his Liberia home into a speakeasy.

People who live and work in Liberia are very well connected in many ways.  Over the years, many well-known people, from Prime Ministers of foreign countries to NFL Hall of Famer Jim Brown and many famous New York Yankee players, have been welcomed to Liberia to perform as well as lend their lent their expertise and philanthropic services to the residents.  Sportswise, nearly every coach in the Big Ten conference in the sixties made their “trek” to Liberia as a matter of tradition and respect to the culture of the community.

My telling of the history of Liberia is the result of a laborious task of many years, which included numerous interviews with the media, referencing the city archives, chamber of commerce and numerous other documents.

The history of Liberia is something that I feel passionate about, and on February 9th at the Broward County Library on Stirling Road, I am grateful to Hollywood Historical Society to have the opportunity to share it with those who are interested as well as curious about the legacy of this culturally rich community.

Thanks to the Hollywood Historical Society, the the City of Hollywood Records and Archives Division, Clive Taylor and Emmanuel George/the future J.A. Ely Historical Museum for the photos.

For information on the Hollywood Historical Society and its lecture series, visit http://www.hollywoodhistoricalsociety.org.