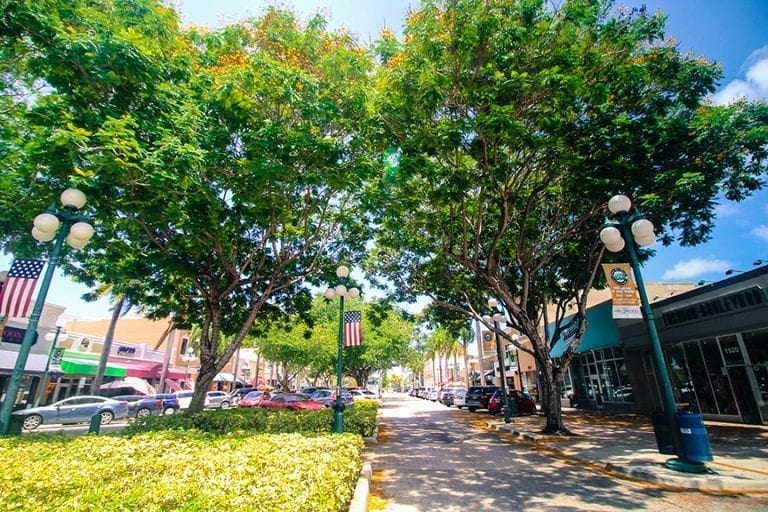 A number of issues were discussed by residents and county staff at The North Central Civic Association meeting on July 24.

One major issue involves the land that was once the Sunset Golf Course. Most of the people at the meeting want the land to remain an open space.

Max Soren, chairman of the Save Sunset Golf Course Committee, said that a developer has approached members of the Hollywood Commission about the land. The developer wants to build high-density housing on the land.

The biggest problem with the Sunset land is that it is a floodplain and during heavy rains, it becomes a lake.

A large development on the land would mean flooding problems in the nearby community. It would also mean more traffic congestion on nearby streets which some residents don’t want.

“I am concerned about major flooding,” Levy said. “We need to preserve this land.”

Broward County Mayor Beam Furr agrees that the Sunset property should be kept as an open space, and he is especially concerned about flooding in the area.

Furr said that Fort Lauderdale-Hollywood International Airport is growing rapidly and so is Port Everglades. All this means more visitors to Broward and more jobs for Hollywood residents.

Furr is working hard to promote the penny sales tax increase that Broward voters will see on the November ballot. The money raised will go towards transportation improvements in the county. He believes it is important to provide more fiber optics on expressways so people can receive information on upcoming traffic conditions. For example, if you are driving along I-95 you can get information about traffic conditions further along the roadway.

Also, the penny sales tax would go towards improving intersections. Some intersections and roads would be widened allowing for the better flow of traffic. And many more buses would be purchased.

“Some people can’t afford a car,” Furr said. “They are working at low paying jobs and can’t maintain a car. They need a bus to get around.”

Furr realizes the current bus system is inadequate. Buses are often delayed and they don’t go everywhere people need to go. He believes more funding will mean better bus service. And this is important to attracting companies that offer high salaries.

“When companies are looking at an area to relocate, they look at transportation, education and affordable housing,” Furr said. “We need better public transportation.”

Hollywood Commissioner Peter Hernandez said that a major concern is the Beach Community Redevelopment Agency (CRA). He believes that the Beach CRA is no longer serving much of a purpose because the beach area is one of the most upscale areas of Hollywood, and there are other areas of Hollywood that need development money. Hernandez said that the businesses along the beach may be assessed for future improvements in the area.

CRAs provide help to slum and blighted areas, and the land at the beach offers some of the most elegant and attractive hotels in the region. A number of residents expressed concern about the CRA.